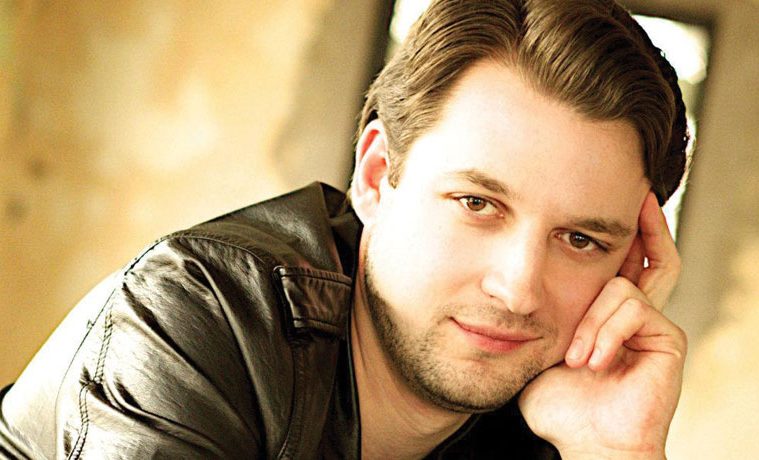 Baritone Liam Bonner is back on Texas soil. And there’s more to get excited about: the HGO Studio alum performs the role of Eisenstein in the Houston Grand Opera production of Die Fledermaus Oct. 25 – Nov. 10. With some impressive credentials now tucked firmly under his belt, including several performances at The Metropolitan Opera and Carnegie Hall, singing opposite some of the biggest names in the industry, originating the role of Lieutenant Audebert for the Pulitzer Prize-winning opera Silent Night, and even a Met film credit as Horatio in the worldwide HD broadcast of Hamlet, he has returned to Texas a seasoned pro.

A+C classical music writer Cortney Jacobs shared a glass of Cava with the charming baritone to talk shop about Fledermaus, his decision to leave New York, his love of Houston, and his thoughts on gratitude. 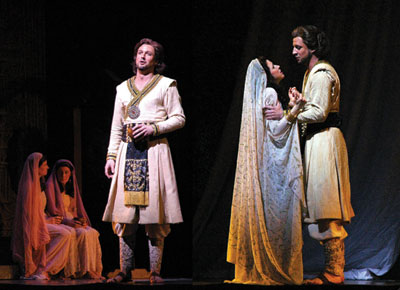 A+C:  You are performing the role of Eisenstein in HGO’s production of Die Fledermaus. You’re singing in English, correct?

LIAM BONNER:  I think Fledermaus should be done in English in America.

A+C:   Just because of the comedic aspect?

LB:  Especially because of the comedic aspect, because I think that you should not have to struggle for comedy. Actually, I will challenge anyone to not read the supertitle when I’m singing in my native tongue.

A+C:   And are there any vocal challenges in the role for you?

LB:   Well, this is one of those roles for a really high baritone or a low tenor.

A+C:  How is your voice type classified on your resume?

LB:   It says baritone, because that’s what I believe I am. Although I honestly do believe that there is a voice between baritone and tenor.

LB:   I wouldn’t take any offense if I were to be called “a bari-tenor.”

LB:   Oh, I get to celebrate Benjamin Britten this year! I go to St. Louis to do Peter Grimes, which I first did here in Houston. We’re doing a concert version with the St. Louis Symphony that we’ll do first in St. Louis, and the following week we’ll do it in Carnegie Hall in New York.   And then I get to do the title role of Billy Budd in Los Angeles Opera.

A+C:  I like how you said you get to “celebrate” Britten.

A+C:  You recently moved back to Houston from New York. Why?

A+C:  I hear you are a big sports fan. And you are a big Steelers fan, being from Pittsburgh, but how do you feel about the Texans?

LB:   My rule is, because this is my adopted hometown‚ I cheer for my own teams, which are the Steelers, the Pirates, and the Penguins; otherwise, I cheer for the home team wherever I am.

A+C:  Well, we certainly are grateful for your support! Speaking of gratitude, you talk about gratitude a lot. Was there a moment when you came to realize that gratitude was essential, or have you always been sort of a grateful human?

LB:   I don’t know if I’ve ever been a consciously grateful human. But I was raised not to take for granted what you have, and to know that what you have is also enough. It’s not about wanting or needing more. If more happens, fine, and it’s okay to strive for it, but it’s fine to live within your means regardless. I guess I just know how lucky I am.

LB:   I’m proud of making my Met debut, which is what most singers, if not all, strive for. And I can say I sang at the Met. I feel accomplished because I did that. But mostly, I’m proud of being a working singer.