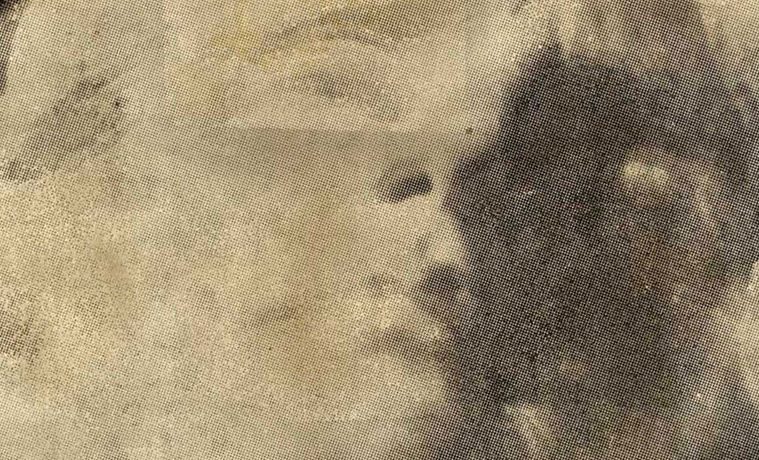 On the Circular Nature of History 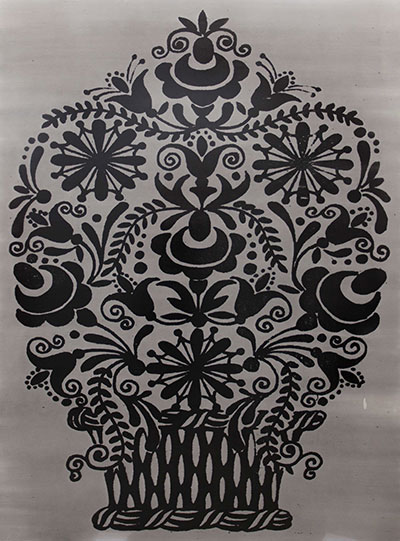 When I reached a certain age I came across a book by James Loewen entitled Lies my Teacher Told Me. At the time—I was probably 15—I recall being blown away by what I perceived as my history textbook’s egregious “heroification” of historical figures like Woodrow Wilson and Christopher Columbus.

It turns out that as we grow older we become accustomed to the knowledge that the “facts” we were taught comprised “history” are in fact anything but. It seems the curse of knowledge is knowing we’ll never truly know anything about anything.

That’s the rather elementary train of thought my mind was taking as I left Berlin-based artist Michael Just’s solo show, What’s done cannot be undone, on view at Dallas’ Cydonia Gallery through Feb. 20.

Much of Just’s practice grapples with the complicated nature of history and our tenuous relationship with it. How, at the same time, can history be re-made, re-interpreted and re-experienced, without being undone?

“What’s done cannot be undone” is a quote from a philosophy book which Just utilizes as one half of a two-part idea informing his latest body of work. The other side of the coin, if you will, is a quote from Hegel, “The wounds of the spirit heal, and leave no scars behind.”

At Cydonia, Just utilizes both statements as the show’s framework both figuratively and literally; works of laser-cut text are installed high on the gallery walls, covering, or “guiding” the rest of the work on view.

Hanh Ho, Cydonia’s Director, sees Just as having a two-fold artistic process; the first mode being traditional artistry and creation, and the second a more spiritual, or curatorial practice.

It sounds more novel than it is; artists have been utilizing theory and philosophical thought to drive the creation of art for several decades. But I have to agree with Ho in her assertion that Just, along with many of his contemporaries, represents a departure from earlier idea-based art in the sense that not only do contemporary artists, more than ever before, privilege the idea over the technique, it often seems they go out of their way to devalue aesthetics in service of an idea.

The focal piece of What’s done cannot be undone is untitled (what’s done cannot be undone) I-X, a work composed of screen-printed images of fellow German artist Elisabet Ney’s masterpiece, a beautiful sculpture of Lady MacBeth. All the work on view here (excluding the laser-cut text) Just created with a unique process in which he overlays a layer of glue onto a screen-print of an image. In the case of the piece in question, gold leaf is then spread across the glue, and its excess blown away. The result, in the case of Lady Macbeth, is ethereally classical, a representation of the sculpture which is less a meditation on image, than it is an invocation of Lady Macbeth and her tragic history.

On the opposite side of the gallery a similar technique is utilized to enhance two screen-prints, on aluminum, of two banal floral bouquets. Here charcoal is utilized instead of gold leaf, and the result, instead of photographic reproduction of the bouquets, is a more sterile, cold image, in direct contrast to the gauzy glamor of Lady MacBeth.

The two bouquets, untitled (Blüten/blossoms) I and II, are imbued with their meaning once the viewer is aware that Just found the “stickers” he used to stencil the bouquets in an old East German sticker-book, most likely intended for children, manufactured during the period of the German Democratic Republic. 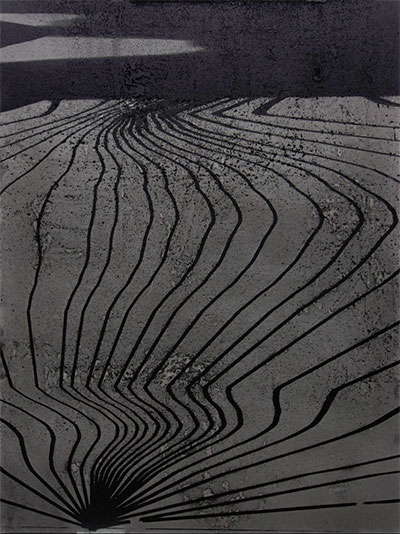 With that knowledge the flowers take on a more sinister tone, prompting the viewer to consider the vast possibility of meaning a simple image of flowers can have. Propaganda perhaps, flowers as a sign of life and hope, here representing the flourishing, or hoped-for flourishing, of the German Communist state. Just’s choice of color, black and grey, however, seem to presage the state’s demise; casting a hopeful symbol with a pall. The struggle here, is in how the intention of the work interacts with its experience in the now; how we (or Just), standing on this side of history, knowing what we know, can interact with what we view, almost inevitably perhaps, as failure.

Untitled (pathways) is one of Just’s more open-ended works, the “paths” here representing the “idea of unfolding,” serving as a visual illustration of his questioning of our collective human need for history to have a direction, either personally or globally.

The ideas Just wants or at least encourages his viewers to grapple with, should they so choose, are heavy, and I found myself wondering, as I talked to Just and wandered the gallery, how contemporary artists, if the art really is about the idea, determine when the visual component of an exhibition matches or lives up to its philosophical impetus—or whether that matters at all.

Just’s work on view at Cydonia is interesting from a technical and aesthetic perspective, but the real strength of the work lies in Just’s very human struggle with history.

How do we handle contradiction? How can we view history and time as circular when every ounce of our being craves an end, a sense of finality? How can we accept that what’s done cannot be undone, at the same time, as we reinvent and forgive and heal in new and different ways every day?

There will never really be an answer, we know that, but that doesn’t mean we’ll stop asking.