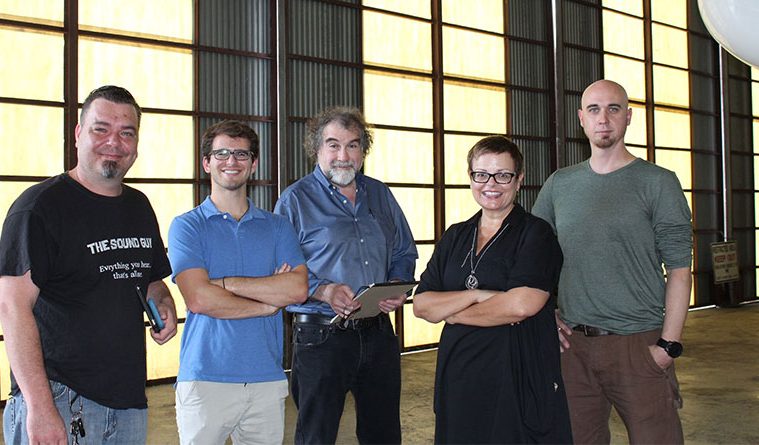 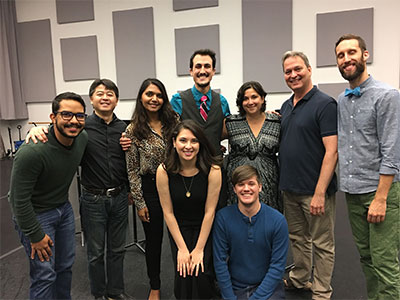 Carleen Graham has a big job. One year after taking the helm as director of HGOco, Houston Grand Opera’s community collaboration and education arm, Graham has found her groove. She is grateful for the creative vision of her predecessor, Sandra Bernhard, the beloved founding director of HGOco, who died in 2015. “What she created here gives us ample room to develop and explore. Her footprint is absolutely cemented here, but I don’t think of filling her shoes; I think of preserving them and moving forward with a new pair of shoes.”

Despite the challenges facing HGO post-Harvey, with the Wortham Theater Center being out of commission for the entire season, HGOco, under Graham’s energetic leadership, is forging ahead on multiple fronts with ambitious projects that connect to diverse communities in Houston. The culmination of the Veterans Songbook project will center around two major events this November: the production of Tom Cipullo’s powerful chamber opera Glory Denied in the Hangar Building of the 1940 Air Terminal Museum, and the Veterans Songbook final concert at Christ Church Cathedral, in collaboration with Alley Theater’s The Telling Project: Houston.

The Veterans Songbook project began in 2014 with a series of workshops for veterans. Partnering with WITS (Writers in the Schools), veterans wrote about their experiences for therapeutic and cathartic reasons. HGOco then commissioned several area composers to set these stories and poems to music. On Nov.11, Christ Church Cathedral will host the final concert, curated by themes (Enlistment-Killing Time-Combat-Coming Home-Sacrifice) and interspersed with Alley’s spoken word presentations. Composer Mark Buller and librettist Leah Lax’s choral work Overboard, commemorating the tragic sinking of the USS Houston and the HMAS Perth in the World War II Battle of Sunda Strait, will conclude this significant four-year project. 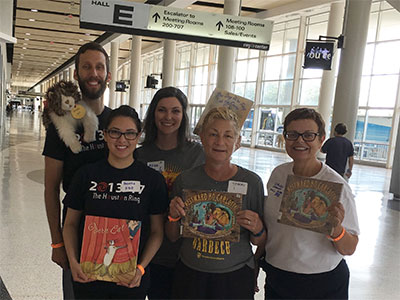 Tom Cipullo’s Glory Denied fits beautifully with the Veterans Songbook. “The piece itself is very challenging to experience,” explains Graham. “The response from people is that it is very real. It doesn’t sugarcoat anything.” The libretto is taken directly from journalist Tom Philpott’s oral history of Colonel Jim Thompson, who, as the longest held POW in the Vietnam War, suffered almost 10 years of imprisonment in the jungles of Southeast Asia, four of which were in complete isolation. “What does a person have to do to survive that?” This is one of the many compelling questions the tension-filled opera seeks to answer. Thompson returns to a country that he no longer recognizes and a family that barely recognizes him. There is no attempt here to side with one person or another. Each character is imperfect and human. They have virtually no control over a set of very complex situations. Graham believes that staging Glory Denied at the Air Terminal Museum will add to the emotional impact of the work. “It’s not going to be a typical night at the opera and that’s the point of it. The idea is that it’s not going to be a comfortable situation. It’s going to be thought-provoking. When you are hearing the planes go off, that’s part of the visceral experience.”

The day before Hurricane Harvey hit Houston, Graham had invited me to attend the workshop production of a new work written for HGOco’s Opera to Go! that will be introduced to Houston’s young audiences in February of 2018. Monkey and Francine in the City of Tigers, a co-commissioned work by HGOco and the American Lyric Theater, will be HGO’s 65th World Premiere. I marveled at the beautifully drawn storyboards, stage design, and samples of costume fabrics displayed in the room, all part of the meticulous and imaginative work it takes to produce this 45-minute show. Graham is eager to explore different ways to approach opera for children. “I wanted other types of composers to be represented, especially female voices, especially under-represented voices.” Indian American composer Kamala Sankaram is a New York City-based singing, composing, Ph.D in cognitive psychology-holding “wunderkind.” She met librettist David Johnston through the American Lyric Theater’s program to support development and collaboration between composers and librettists. Johnston looked to diverse source materials for inspiration—the Ramayana (ancient Indian epic poem), West African traditional stories, Chinese folk characters, and Native American folk tales. Sankaram’s music mirrors the cultures represented in the stories, merging classical ragas, Afro-Latin rhythms, and lyric arias.

The high-energy, compact children’s opera, presented by a small but mighty group of singers, is fun and engaging throughout. The one line summary of the story is that the Monkey Prince and his clever sister Francine team up to outwit a hungry crocodile and escape from the City of Tigers. There are just enough twists and turns in the plot to keep everyone on the edge of their seats, and you will want to play a game of Crocodile Crunch with the children afterwards. The music and story, while informed by diverse and exotic sources, are also somehow familiar and accessible. 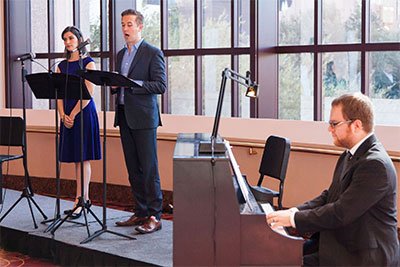 Opera to Go! (everything fits in a van) reaches more than 55,000 children in the Greater Houston area each year, traveling to schools and community venues all over the city, as well as prominent public performing spaces, such as Miller Outdoor Theatre and Discovery Green. Last year there were 181 performances. The popular Storybook Operas for younger children will get a new story this season as well. Multi-faceted HGOco Touring Programs Manager Dennis Arrowsmith has written an original storybook about a resident bayou armadillo named Sandy (in a poignant tribute to former HGOco founder Sandra Bernhard) who dreams of singing in the Houston Grand Opera, and through a gentle transformation, has her wish fulfilled.

Graham’s own dream-come-true story is no less extraordinary. “If you told me I would be doing this—what would my high school self think about this? My high school self wouldn’t even know what this is.” Growing up in a very small town in Southeastern Ohio, where Friday night football was the only game in town, Graham didn’t find her niche until a new choral teacher came to town and announced that he was going to put on musicals. “I remember my first audition. I was the only one who could sing this high note, so I got a lead role. That’s pretty much all it took.” Then, at Ohio University, a transformative experience while singing in the chorus of La bohème set her on the path of a career in opera. “I can close my eyes and picture this,” recalls Graham, “I was standing very close to a soloist and he had this little two-measure line, a toss off, but I almost jumped out of my skin. I had never experienced that type of singing, or that kind of visceral response to something.” From that day on it was all opera for Graham. Profound epiphany is great, but what Graham values most are the relationships she has built over the years with students and colleagues.

After a distinguished 24-year tenure as a teaching professor and opera director at the State University of New York at Potsdam, Graham was ready for the challenges and rewards of the big job of leading HGOco. “There is so much expertise here. It is a trip being around people who are really good at what they do.”

Innovative ideas are being nurtured and realized continuously at HGOco. Heading into new territory with a pilot project that embraces media and technology, the Star-Crossed Serial Web Opera will tell true love stories selected from community submissions. The next phase of HGOco’s flagship Song of Houston initiative will include Home of My Ancestors, an opera set in Houston’s Third Ward around the celebration of Juneteenth, and a rodeo opera about a female barrel racer. A rodeo opera made in Texas? Why yes of course! As Graham knows, “there’s never a dull moment here.”