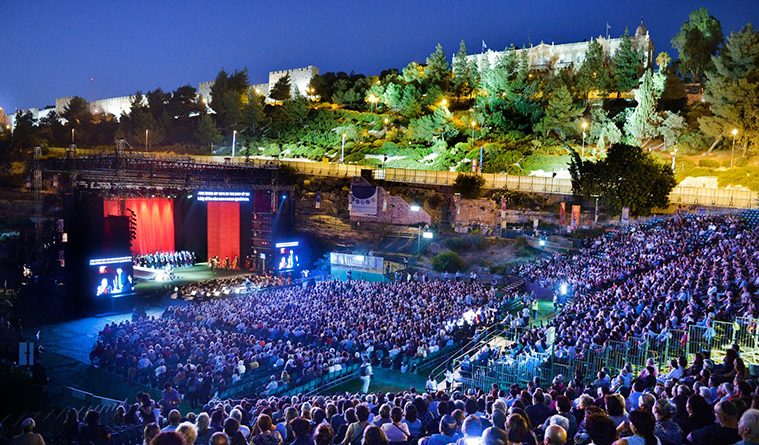 Opera in Israel with Dallas Connections

Rigoletto performed in the Sultan’s Pool as part of the Jerusalem Opera Festival. Photo by Yossi Zwecker. 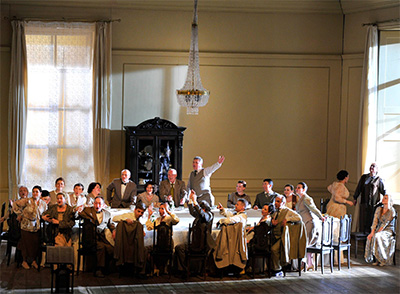 Hannah Munitz’s face lit up when I asked her about the Israeli Opera’s production of Eugene Onegin, which opens The Dallas Opera’s 2016/17season, Oct. 28-Nov. 6.

“It’s abstract and traditional,” said Munitz, the General Director of the Israeli Opera. I was there this past June for the Jerusalem Opera Festival, but I could not resist a chance to visit with Munitz about the Dallas/Israel opera connection. As Munitz went on about their dreamy Onegin, my curiosity was piqued. How did this Israeli production land in Texas?

Dallas Opera’s Technical Director Drew Field was on the lookout for a new production of Onegin to open the season, and when he found the Israeli Opera production, in the play between abstraction and reality, he knew it was exactly what they were looking for. In chatting with Field, he began to use the same kind of language that Munitz used when describing Onegin, especially when he mentioned the birch trees, which he describes as “quintessentially Russian.” “It had a certain charm,” recalls Field. “It’s realistic, but not a slave to realism. I also liked the scale of it and that the visual language of the production contained key symbolic elements.” The fact that it would fit in nicely in rep with Moby-Dick was also a plus.

The Israeli Opera was already on Dallas Opera’s General Director & CEO Keith Cerny’s radar. “We are always looking for exciting international partners.” Cerny also was attracted to the mix of tradition and innovation. “It’s true to the original score, but clever and creative.” It should be mentioned that when Israeli Opera performed Leoš Janáček’s Káťa Kabanová in 2001, it was the Dallas Opera production.

The Texas-Israel connections also come full bloom this month in Houston with CORE Presents Dance from Israel on Oct. 1 at Miller Outdoor Theatre, with Yossi Berg/Oded Graf in Heroes part 2 and Niv Sheinfeld and Oren Laor in Big Mouth, all artists who impressed me during my trip to International Exposure 2015. Dance connections between Texas and Israel run deep, but let’s get back to opera. 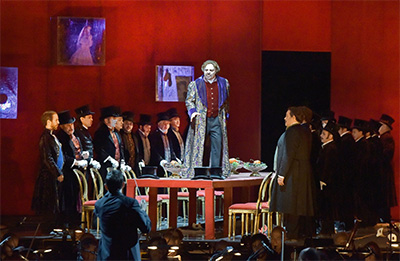 As surprising as it was to find out that there was a Dallas/Israel connection, in retrospect, it’s really more surprising that opera exists in Israel at all. The company’s website states, “The story and history of opera in Israel could have become the plot of one of the most exciting operas ever written.” This is not a culture that has grown up singing in church, or even with much access to classical music in school.

The first evidence of opera was a performance of Verdi’s La traviata, performed in a movie theater by the Palestine Opera in 1923. In 1945, American soprano Edis de Philippe created the Israel National Opera, which is where Placido Domingo got his start. Shortly after that company folded in 1985, The Council for Arts and Culture created The New Israeli Opera, which has been going strong every since, with an all-purpose Opera house built in 1994.

Today, they also present dance, classical music, jazz and more. (How great to see Texas favorite Jessica Lang Dance in the dance series. The company also makes SPA and TITAS stops this season.) They offer a six-opera season, along with festivals in Akko, Timna and Jerusalem.

The Jerusalem Opera Festival, produced by the Israeli Opera, and now in its second year, is one of the ways opera is getting out of the opera house and in front of the people. The festival opened with Giuseppe Verdi’s Rigoletto performed al fresco in the majestic Sultan’s Pool.

Opera outdoors comes with some challenges, like street sounds, and other sound issues, but we know going in that we are in a somewhat uncontrolled environment. Still, the drama of the setting was on par with Verdi’s masterwork on jealousy, paranoia and revenge. The high point of the performance was Israeli Opera studio trained soprano Hila Fahima’s luminous performance as Gilda, Rigoletto’s doomed daughter. 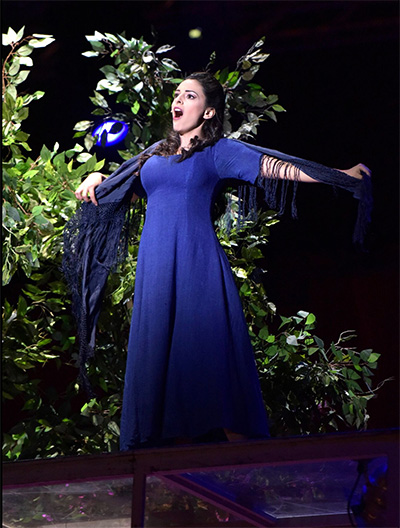 Hila Fahima as Gilda in Rigoletto at the Jerusalem Opera Festival. Photo by Yossi Zwecker.

The second night offered a perfect opportunity for opera newbies with Opera Paradiso, which paired arias with popular films such as Life is Beautiful and Moonstruck. As awe inspiring as it is to see opera in such grand surroundings, I also enjoyed the intimacy of Italian Splendor program, where a group of young and talented singers from the Israeli Opera Studio performed arias and duets from popular Italian operas at the Nahon Museum of Italian Jewish Art. Several more such intimate events took place around town as part of the festival. One of the most memorable experiences of the trip was watching a dress rehearsal of a wildly whimsical production of Bizet’s The Pearl Fishers directed by Lotte de Beer. Think epic opera meets reality TV.

Next year, the big production for the Jerusalem Festival will be none other than Nabucco, Verdi’s tale of King Nebuchadnezzar’s rampage through Jerusalem. The Timna Opera Festival includes Samson and Delilah and Un Ballo in Maschera, facing the Pillars of Solomon,while the Akko Opera Festival features Giulio Cesare in Egitto at the Citadel of Akko. The Israelis certainly know how to select operas for majestic outdoor arenas!

Jerusalem may not be the go to place for opera, but there is so much to see and do, from Yad Vashem to the Dead Sea Scrolls. And then there’s the exquisite food, with downright operatic breakfast spreads. To take in the full breadth of this great storied city I suggest reading Simon Sebag Montefiore’s epic tome, Jerusalem: The Biography.

There’s much to fall in love with about Jerusalem, from the old city, the food, and the mix of ancient and new. Speaking of falling, leave the high heels at home. I took a spill on my way out of the Sultan’s Pool. Know that things turned out considerably worse for Rigoletto.