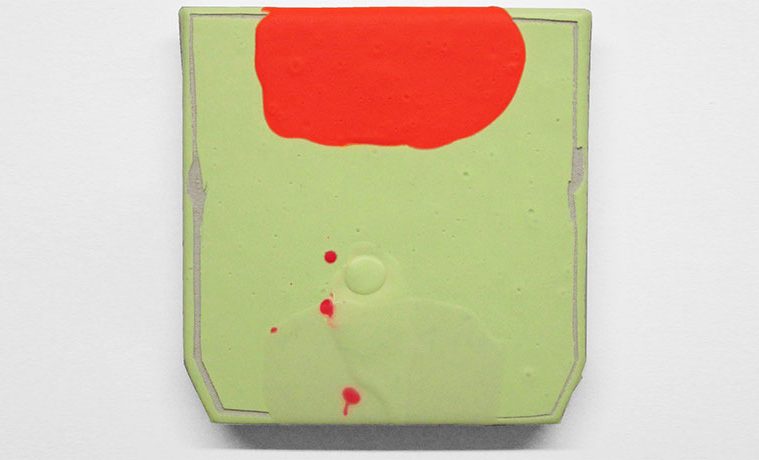 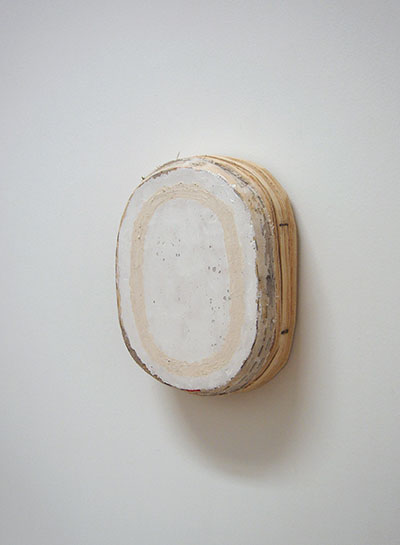 DALLAS—Holly Johnson Gallery has just opened the first installment of what has become an international project, pairing veteran artist Otis Jones and his former studio assistant Bret Slater.  This dialogue will continue with shows in New York and then Zurich, each with different work and different curators, but with the same aesthetic proposition, which explores an artistic relationship that began with a mentor and a student and blossomed into an artistic conversation through highly original artworks.

What comes through in this show, despite the urge at first glance to find similarity between their pieces, is how fundamentally different their approaches, strategies, and solutions are to abstraction.  The show includes twelve pieces by each artist; Jones’s work was executed between 2013-2014 and Slater’s, from 2011-2014.  In the entrance gallery the pieces enjoy natural light, revealing the complex aesthetic conversation Slater and Jones engage in by a nuanced arrangement of both their works.  This happens on a larger scale in the main gallery where the modest-sized pieces meld perfectly into what might present a curatorial challenge to those less practiced than gallerist Holly Johnson.

Jones utilizes a minimalist approach, with an intentionally anti-empirical arrangement of shapes executed on supports that become part of the image. Essentially, these are viewed not only as paintings, but also as objects that bring to mind the argument in Michael Fried’s famous essay, Art and Objecthood, 1967.  His restrained use of color screams austere and masterly control that leaves traces of his presence, supplanting minimalist dogma.  He never seems to be tempted to over-aestheticize the use of material and placement of shapes in the paintings, suggesting the masterful authority of an artist still at the height of his skills.

This is evident in Double Oval with Black, 2014, where the wooden oval frame supports are widest at the wall. In a concentric construction, they telescope toward the viewer, becoming smallest at the surface: wood to unprimed canvas to painted edge to a surface bordered in black that surrounds a mass of white.  The white contains what look like finger paint remnants and a delicate texture controlled by the tension created between it and the black border.  The border itself has hints of white with a deep red peering out from the black depth with the ever-present staples reminding the viewer that this is a hand-crafted work of art.

Slater’s approach to abstraction identifies, through his bold use of color and anti-form shapes and splotches, sources from popular culture via comics, action figures, and cartoons that frame his way of seeing. Jones favors lines, circles, squares, and ovals formed by shaped canvases that he carves, cuts, etches, and paints like a craftsman, while Slater layers the paint over the surface resulting in images that are never flat, line-driven, or hard-edge.

Slater’s pieces also derive from an intuitive handling of paint, but without excavating media from the surface, or the use of carving.  His work presents various textures and depths by different means:  He allows the paint itself to create volume, exploiting its properties by mixing paint with varying viscosities.  In Foxy Waddles, 2013, a rectangular painting in acrylic, thick amorphous red paint seems to engulf a wavy painting that was once blue. It’s as if the red paint folded over the blue surface that now occupies a deeper level. As the red traverses the side it defies gravity with a tension that has an upward energy coming to a point on the upper left.

The gallery published a catalog with an essay titled Form and Matter Redux: The Art of Otis Jones & Bret Slater by renowned art historian and curator E. Luanne McKinnon. With such an ambitious send-off, I don’t see how New York and Zurich can compete: Time will tell.