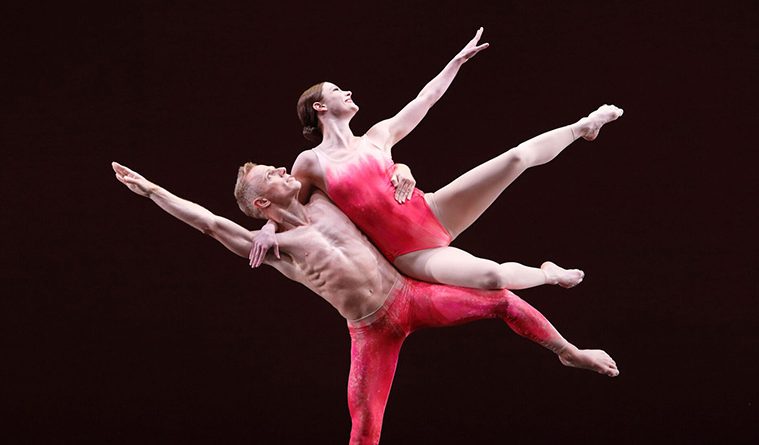 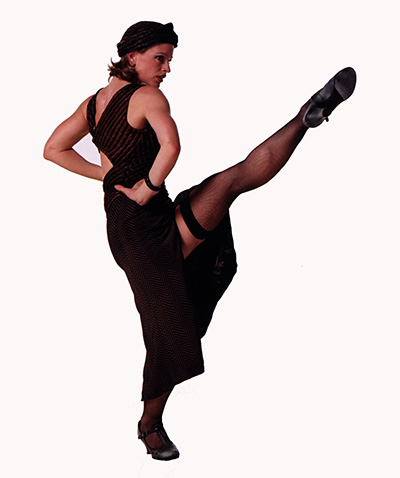 When they were students at Southern Methodist University in the 1990s, Michael Trusnovec and Annmaria Mazzini would hole up in the basement of the library obsessively watching videotapes of the Paul Taylor Dance Company. Taylor’s apocalyptic work Last Look was a particular favorite. “There was a lot of existentialism in it, which is very appealing to a young artist,” Mazzini recalls. “We were drawn to the darkness of it.”

Both managed to pay off their infatuation with the legendary choreographer shortly after graduation, first as members of his junior company. A few years later, after moving up to the main troupe, they found themselves on stage together about to perform Last Look for the first time. “I couldn’t believe we were in the dance,” Mazzini says in a phone interview. “This was a dream we had for so long. It was very surreal.”

Retiring in 2011, Mazzini had been with Taylor for 16 years. After 21 years, Trusnovec is still at it. Now, the pair of old college chums is returning to SMU this month to set a sunnier Taylor piece, Mercuric Tidings, on dance students at the Meadows School of the Arts for their spring concerts April 5-9.

While in North Texas on Feb. 11, Trusnovec also will appear at the Eisemann Center in Richardson, where the recently renamed Paul Taylor American Modern Dance is performing Book of Beasts and Cascade, along with the world premiere of former company member Lila York’s Continuum. The Eisemann Center started an ongoing relationship with Taylor, now 86, for its grand opening in 2002, with the company appearing about ever other year.

SMU has more informal, if longer running ties. Besides Trusnovec, SMU graduates Parisa Khobdeh and George Smallwood are members of the main Taylor troupe while Lee Duveneck is in Taylor II. 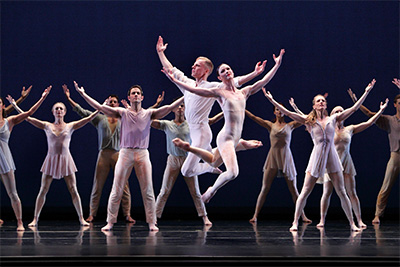 Mazzini and Trusnovec hail from small communities in the Northeast – Allentown, PA and Yaphank, NY on Long Island, respectively – and each arrived at SMU with the intention of going into musical theater. So when Mazzini turned him on to her favorite choreographer, Trusnovec recognized the drama in Taylor’s work.

“In Last Look, I saw the theatricality of Broadway all of a sudden taken to a whole different level, a much deeper level,” Trusnovec says in a phone interview. “It’s not just about a bunch of people onstage executing movement. There’s a purpose and a meaning behind these dances, even if it’s just a mood and not necessarily a story. There’s no way I can execute a Taylor dance without thinking about who I am in that dance. That fed my appetite for theatricality.”

Trusnovec started dancing when he was six. After being named a Presidential Scholar in the Arts, he was recruited by SMU, a school he hadn’t heard of. He decided to attend after receiving a full scholarship and realizing if he stayed in New York he might catch the auditioning bug and never finish college.

Mazzini’s dad was a music lover who would take her to Billy Joel and Frankie Valli concerts. At home, they watched Great Performances and movie musicals. When she was 12, she saw Cats with her mom “and that was it. I said that’s what I want to do. There was an incredible amount of dancing in it. I didn’t want it to end.”

She had danced a little as part of the pep club at school but started formal lessons that summer.  Performing in summer stock in Allentown while she was still in high school, Mazzini heard about SMU from the producers. She auditioned in New York and got in. 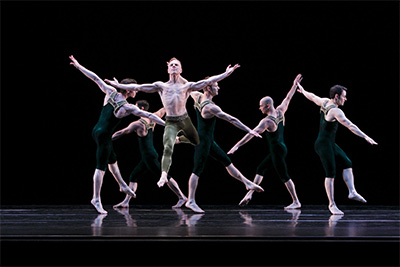 One of her fondest memories is of devising a Fred and Ginger routine with Trusnovec for an off-campus community event. “It was fun because it was separate from the school. We got paid for it. We were a little bit out of our element, but we pulled it off. We laughed a lot while we were doing it.”

Persistence paid off when it came to getting into the Taylor company. Mazzini first auditioned for Taylor II when it launched in 1993 and she was a junior at SMU. She didn’t make it past the first callback but returned to New York that summer to take classes at the Taylor school, research dance history at the library and generally live the dancer’s life for two months. After graduation, she moved to the city and continued to study at the Taylor studio until she was picked for the junior company in 1995.

Also hell bent on dancing for Taylor, Trusnovec had a shorter journey into the company. “I knew they were holding an audition about a week after graduation. I had the notice on my refrigerator for months and was already plotting.” He was picked for Taylor II a year after Mazzini.

Two decades later, they will be setting one of Taylor’s fastest, densest and most dangerous pieces on student dancers at their alma mater. Mazzini will do the bulk of the teaching of Mercuric Tidings, spending about two weeks at the university. Trusnovec will come in for two days. 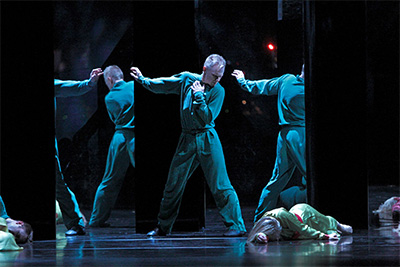 “You can almost hear the audience gasping because there are so many near-collisions,” Trusnovec says. “You can’t imagine how they’re moving through space this quickly.”

“When you get it done,” Mazzini says, speaking from the dancer’s point of view, “you feel like a superhero, and you feel like you’re going to die.”

Continuum, the Eisemann premiere, is part of the Taylor company’s shift to performing pieces not choreographed by its namesake leader. It’s set to Max Richter’s recasting of Vivaldi’s The Four Seasons, a popular score for dance. Trusnovec says it’s a highly formal, structured work that starts out with stiff staccato movement and slowly becomes lighter and more open.

Also on the bill, 1971’s Book of Beasts contains fairytale-like creatures, all originally danced by Taylor himself, according to Trusnovec. The piece references the early modern dance of such pioneers as Isadora Duncan and Martha Graham. The other Taylor work on the program, Cascade, is pure dance, full of entrances and exits, circles within circles, and other simple, symmetrical patterns, Trusnovec says. As he and Mazzini set the duets from Mercuric Tidings on current SMU students, they will be dancing together again right where their mutual love affair with Paul Taylor began.