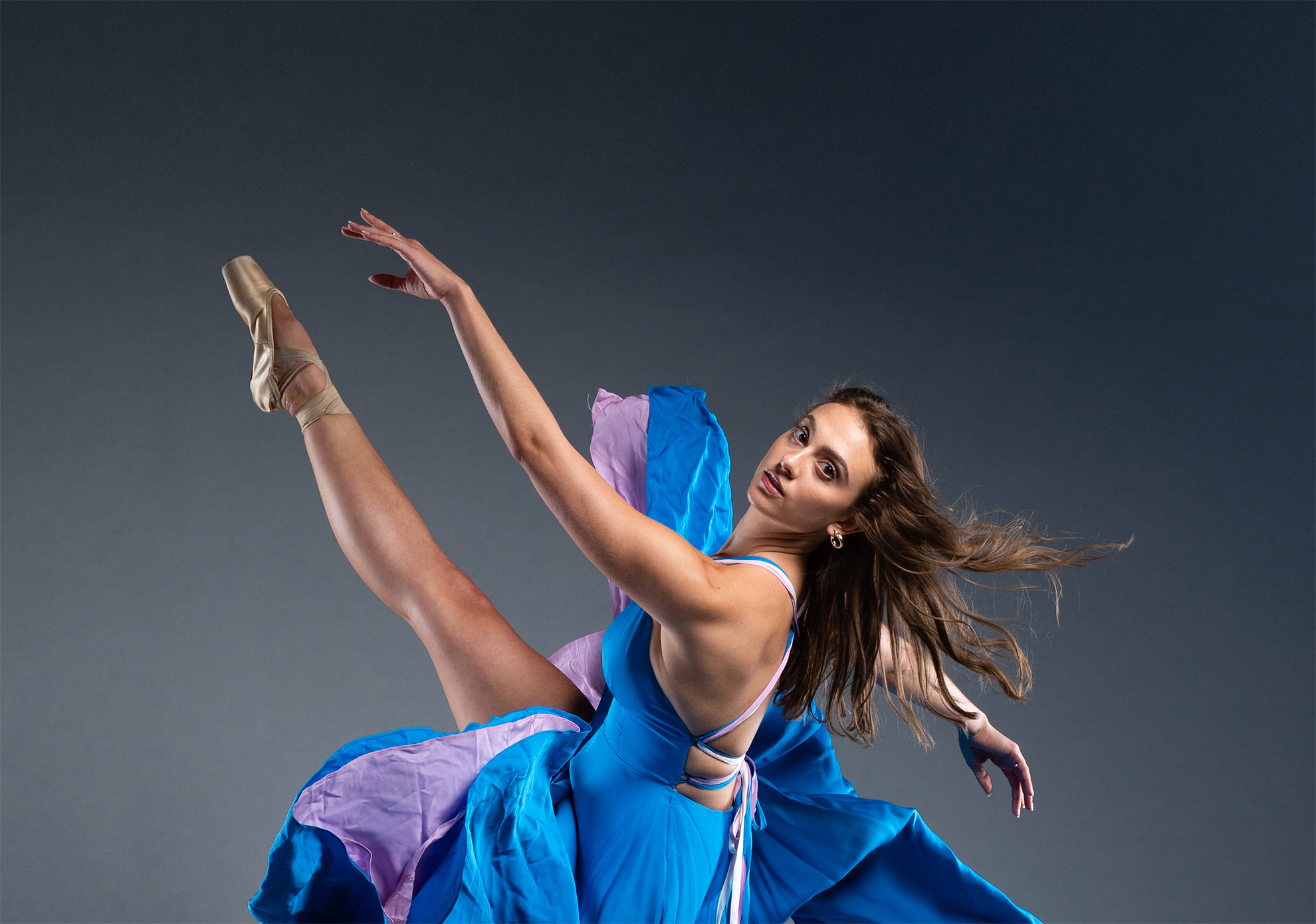 North Texas has a new ballet company, but don’t expect a production of Swan Lake or The Nutcracker. “I love those ballets; I’ve performed them as a professional,” says Diana Crowder, Artistic Director and Founder of Pegasus Contemporary Ballet. “But I think that our calling and our vision is really more about using ballet to create and express different perspectives from artists that come in from all over the world.”

While founding any arts organization on the heels of a pandemic may seem like a challenge few would dare to pursue, Crowder sees it otherwise. “Dallas is undoubtedly ready for its own contemporary ballet company and I think there is a real hunger for art and live performances coming out of the pandemic,” she explains. “Art and culture are booming here in a really exciting way, so it is a thrilling time to be creating something new in this space.”

Crowder began giving serious thought to founding her own ballet company in 2020, when COVID-19 closures and quarantines gave her the opportunity to step into a producing role and help with a few projects. As the weeks turned into months, her passion for facilitating and producing the artform grew, as did her vision for a thriving contemporary ballet company in Dallas.

Working with other artistic disciplines encompasses a large portion of that vision, which is why she approached Verdigris Ensemble’s Sam Brukhman with the idea of working together for the company’s inaugural performance in November 2021. The program of live choral music, accompanied by the choreography of Pegasus’ Artistic Associate Carolyn Ruth Trumbo, included four original compositions from the winners of Verdigris’ 2019 and 2020 ION Composer Competitions. Crowder also choreographed The Gift of the Magi, set to an original score by Dallas musician Martin Morgan. “I love the idea of interdisciplinary artistic collaboration with ballet,” Crowder says. “I think you can create something so much more beautiful than the sum of its parts.”

­­­
The next ambitious project comes March 26that Samuel Lynne Galleries in the Dallas Design District, when Pegasus joins forces with internationally recognized contemporary artist JD Miller. Famous for his dynamic, three-dimensional oil paintings, Miller will be creating works especially for the program – but these won’t be on canvas.

“What is really fun and exciting and immersive about it is that JD will be painting the dancers’ costumes for the performance,” Crowder says.

She was already familiar with the space; during her career, she has helped organize two dance events at the gallery, along with performing there herself. Dancing in a space surrounded by contemporary art by some of today’s most prominent artists added a dimension to the performance she’d never experienced, so she set out to build on that concept for an immersive visual art collaboration.

“JD’s work is bold, colorful, and sculptural,” Crowder says. “It has a lot of movement to it and it almost seems to jump off the canvas. I thought, ‘what if it could?’ I approached him with the idea of painting the dancers’ costumes, which he loved.” To ensure that the dancers can move as envisioned, Miller will work with choreographer Bruce McCormick, whose process Crowder describes as cerebral, exploratory, creative, and collaborative. They’ll discuss the theme and conceptual idea of the production, then JD will take the costumes to create his work on them. 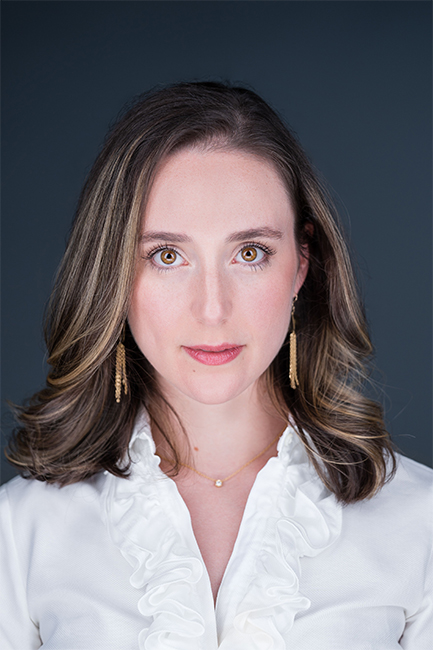 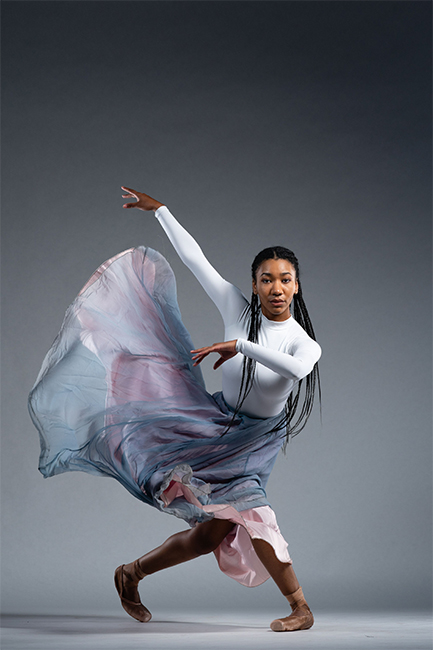 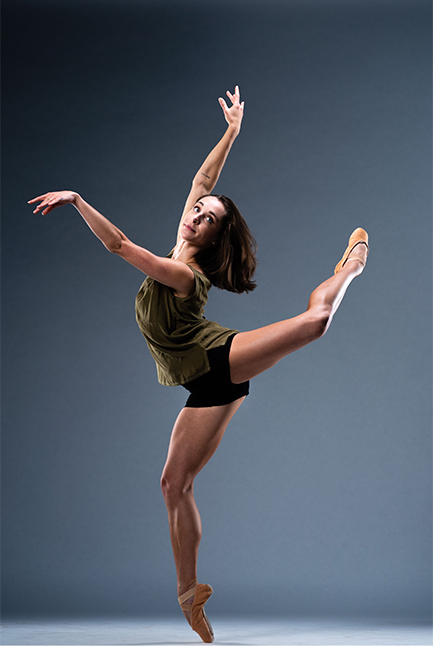 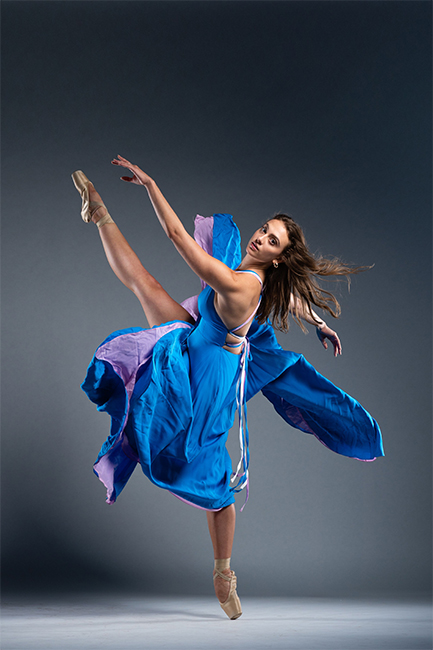 Pegasus has more to come, including a performance at Moody Performance Hall involving new commissions and collaborations in late July, though details haven’t been officially announced. Crowder wants to stay true to the company’s mission of creating innovative partnerships while developing meaningful education and outreach programs going forward.

Pairing the improvisational elements of both jazz music and dance is also an area Crowder also hopes to explore in the company’s future projects. And to be fair, the earlier statement regarding productions of The Nutcracker wasn’t completely true. “There is a Duke Ellington Nutcracker arrangement and it’s a really fun way to take this classic that everyone knows and loves around the holidays and make it something that’s more contemporary, more engaging, more fun — kind of turns it on its head,” Crowder explains. “So, I would love someday to do a jazz contemporary ballet Nutcracker with a live jazz band.”

For more than 80 years, the image of the Pegasus—the mythical Greek winged horse— has been a cultural icon for Dallas, tracing back to 1934 when an 11-foot red neon Pegasus was placed on top of the city’s first skyscraper. Through the decades, it has become a cultural icon for the city, and part of Crowder’s inspiration when choosing the name of her new ballet company. Crowder says, “I think that’s really also a nice tie-in: It’s this classical symbol that’s being used in a contemporary way, which is really what we’re all about.” 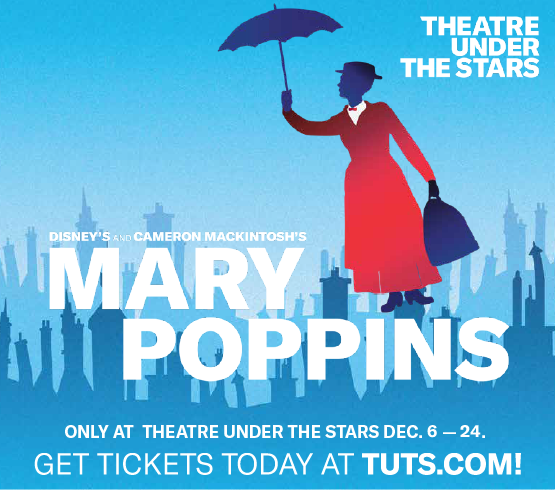