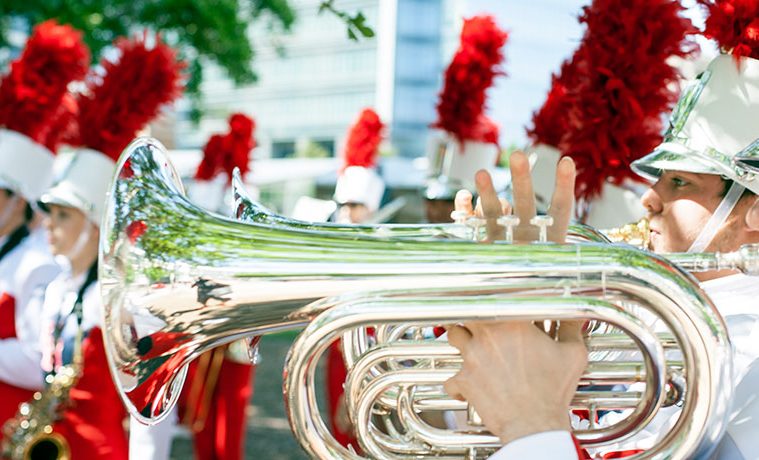 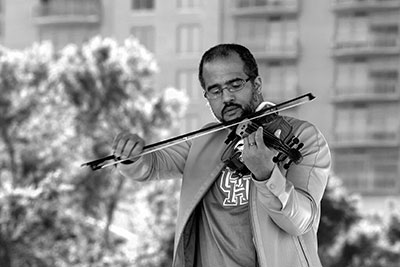 DBR in EnMasse
Photo by David A. Brown.

The season is full of promise: With new coaching leadership for the Texans and UT, this is our year!… Oh, right, this is an arts magazine. Sorry, just going a little “normal folk” on you.

A year ago, in this very space, I pronounced, “If anyone is going to make a sports/arts connection, it’s Texans.” Boom, it’s happening: There are a number of arts events coming up that dare to mingle with sports culture, starting with the opening of the new TDECU Stadium at University of Houston on Sept. 6 with Daniel Bernard Roumain’s new composition for UH’s Spirit of Houston Cougar Marching Band and Grambling State University’s Tiger Marching Band, a project of University of Houston Cynthia Woods Mitchell Center for the Arts. And all this happens during halftime during the UH vs. Grambling State game. That’s right, you’ll need a ticket to the game to see the show. Love it! Way to go Mitchell Center.

Then comes Forklift Dance’s Allison Orr, always a renegade, creating a work as part of HAA’s Creative Placemaking project Transported + Renewed, centered on Houstonians’ obsession with transportation. (I wish they had done this project on our obsession with sports, but moving on.) Orr and her Forklift wing-gal Krissie Marty will lead Afoot!—A Marching Band Extravaganza, kicking off the East End Street Festival, co-sponsored by the Mitchell Center on Oct. 24. 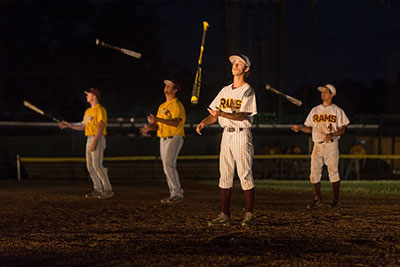 Orr and Marty will be choreographing for marching bands from UH and from Austin and Milby High Schools in the East End. Orr is a former drill team member and Marty, a twirler herself, comes from a marching band family.  “The idea is to celebrate these unsung heroes and bring more attention to the art of the marching band,” says Orr, who, along with Marty, will be interviewing the high school band members. Some of that text may end up in the piece itself. Local choreographers, coordinated by Orr and Dance Houston’s Andrea Cody, will also be doing some break out dances along the parade route.

Last May, Orr also entered the baseball arena with Play Ball, a piece created for the Huston-Tillotson Rams baseball team, as part of District Day at Downs Field. Right now, Orr is in Kyoto, Japan, working with the Japanese Women’s Professional Baseball League making another version of Play Ball, inspired by the movement and stories of the players. “I’ve learned what movement from baseball transfers well to choreography,” says Orr. “People are so passionate about baseball, from the players to the old guy who watches every game.”

For Orr, a field is just another stage. “Baseball is just so rich in terms of a choreographic palette. There is so much ritual, gesture, meaning in really small movements and history.” Like her other works, Trash Dance and Power Up, the choreographer has done her homework, spending time with the practitioners before making the dance. Play Ball placed the audience in the outfield, while the infield became the stage. 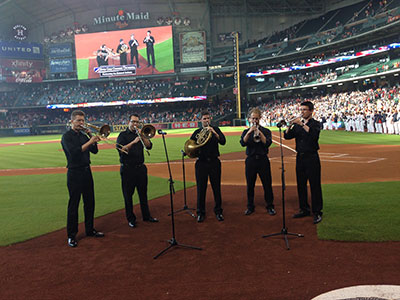 Arts and sports tend to mingle when the stakes get high. The World Cup featured ABT’s Brazilian superstar Marcelo Gomez flying across the stadium, Plácido Domingo singing before the World Cup final for the sixth time in a concert featuring Houston resident and HGO studio alum Ana María Martínez. And closer to home, wasn’t that the ROCO brass quintet playing National Anthem for the Astros last June? How clever of Dallas Opera to simulcast an opera each year at AT&T Stadium. Kudos to the Houston Texans and the folks at NRG Stadium for not scheduling a game during the Houston Ballet’s Nutcracker Market.

Even sports writers see the connection. Listen to Scott Cacciola in the New York Times after the San Antonio Spurs snagged their fifth title, “Their rematch with the Heat was fine art with a basketball: the passing, the footwork, the skill, the teamwork. If the Heat were a high-wire act without a net (James was the unfortunate performer on the trapeze), the Spurs were ballet dancers.” 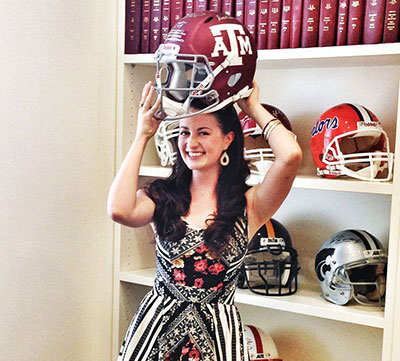 Still, we could use a few more examples of these worlds mixing besides ABT superstar Misty Copland’s sexy UnderArmour ads and ballet dancers photographed in football stadiums. For the most part, we still get little love back from the sports world. It’s mostly the art world doing all the extending. This is a great missed partnership. I don’t get it, really. The performing arts share much of the same domain—movement and drama—with, of course, way less money and head injuries. When the Dynamos stormed aboard the plane in Philadelphia to fly home to Houston, everyone clapped. See what I mean?