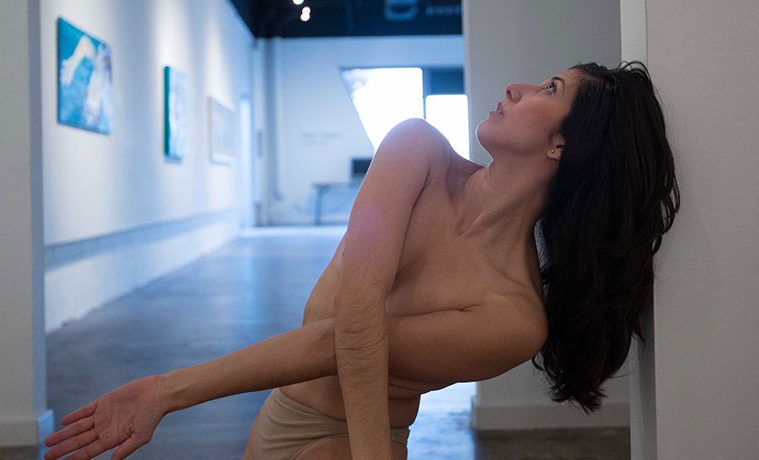 Performania: In Praise of Pop Ups

“What are you working on?” I asked my son. “A new Benshi video for Bootown, but I haven’t started on it yet,” he replied. That was on a Sunday. The show was on Tuesday.

The phrase “pop-up” entered our vocabulary a while back and refers to just about anything, from Apple’s pop-up stores at SXSW to a weekend long exhibit. For performing artists, pop-ups take a different spin, because often shows are just one or two nights as it is, so in some ways, they are in a terminal state of pop-up-hood. The difference is in the planning.

A few months back, in this very space, I discussed the long range planning that dance artists need to produce quality work. And for large-scale projects, time works best. But not everyone wants to work that way. Some are going for a lighter footprint in terms of production expenses, lead-time and duration. Some do indeed want to decide on Sunday what they will do on Tuesday. 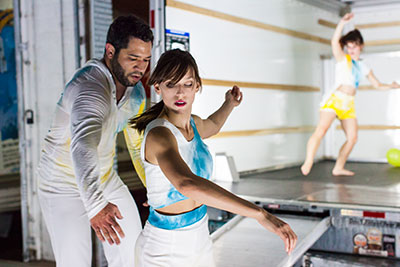 Time is not always on your side. A tight deadline might be just the thing to jumpstart your creativity. Lydia Hance of Frame Dance Productions is known for her flash performances. “Some work needs to incubate and develop slowly and delicately, and some work needs to be pushed out quickly and often,” says Hance. “When I want to make something new, I first look at how I can renew and alter my process so that the product is different.” Hance is also known for events in unusual spaces. Had you been traveling downtown on the Houston’s Metro Rail on Nov. 8, you would have run into her dancers on the train, for Metro Dances. The night before, her framers were dancing in the back of a truck for Dance Source Houston’s 10th  anniversary party. That same weekend, DiverseWorks Fashion Fete included her dancers frolicking about on swings. These shows came together quickly, with a kind of in-and-out energy.

Houston dancer and choreographer Laura Gutierrez, named one of  “25 to watch” in Dance Magazine in 2014, also prefers a more instant approach to making dances. “I really enjoy the rush that I get from having to bring everything together in a short amount of time. I’m forced to make decisions creatively and administratively that otherwise I might daydream about for longer than needed,” says Gutierrez. This month, you can find her, Houston Ballet’s Connor Walsh and other local dancers performing in BARE at Nicole Longnecker Gallery, Feb. 14-15.

Both Gutierrez and Hance can also testify that you often end up with better performances from your dancers in short-burst work. They are less likely to get bored with the work. It’s fast and furious. 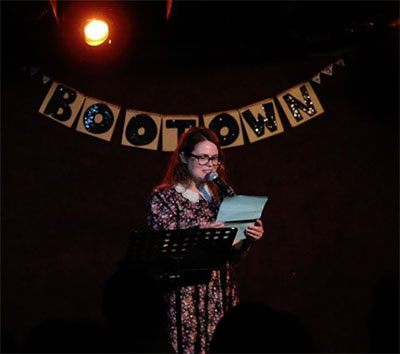 Lindsay Burleson and Emily Hynds of Bootown may very well be the pop up divas of Houston theater. Shows emerge on their schedule quickly. They fully embrace a more rough-hewn aesthetic. “Our use of non-traditional venues dictates a pop up nature also,” says Hynds. “We challenge ourselves to experiment with new places—and sometimes that means we can’t do a show exactly when we want to. It’s also nice to have flexibility. If we need to postpone, we can do that. If pop-up shows equal less audience for us, I am okay with that. Puppets looks better up close, anyway.”

Burleson brings it back to the work. “Sometime inspiration hits and a show can be formed within two months. Always giving ourselves the option to create in a pop-up format has taken some of that scheduling strain off of us and lets us just focus on the art.”

“Deadlines make dances,” states Houston improvisation legend Leslie Scates, who prefers a short rehearsal process. “We live in a pop-up culture,” muses Scates. “Think about food trucks, technology, flash mobs and pop-up protests.” Scates might be best known for her drive by dances, which occurred in various public spaces between 1997-2001. She recently commandeered the Blaffer Art Museum for 021 Urban Songline with UH dance faculty Karen Stokes, Becky Valls and Teresa Chapman. The piece came together in three rehearsals, but she had the advantage of working with a group of artists with similar practices that she was able to draw on. “You need some tools and some chops in the room,” says Scates. “I don’t want to do too much planning, but I need a map to serve as some scaffolding. It’s like I need a cake, and we finish frosting it in performance.” 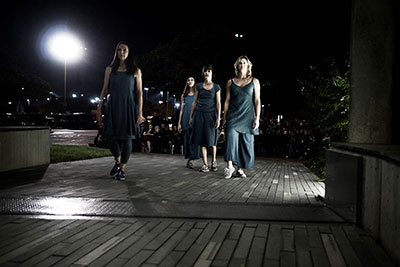 For Scates, more time doesn’t necessarily mean stronger work. “Short and long term projects use different intelligences,” claims Scates, who references Daniel Kahneman’s Thinking, Fast and Slow in her practice. Scates has studied improvisational choreography for a good part of her adult life with some of the best minds in the field. Her ability to think on her feet during any short burst performance references a lifetime of practice. And that’s the thing to remember here, that often there is no correlation between the work that went into something and how it’s scheduled. When Scates decides to do a show tomorrow, we still experience her lifetime commitment to dancing.

How we define pop up also varies depending on our discipline. In chatting with Robert Hodge about his Beauty Box pop-up as part of his Contemporary Arts Museum Houston show, Destroy and Rebuild, he said, “A true pop-up would be announced that day or the day before.” Hodge insists that the excitement is that we didn’t know about it the day before. Time is condensed, compressed and fused with urgency. 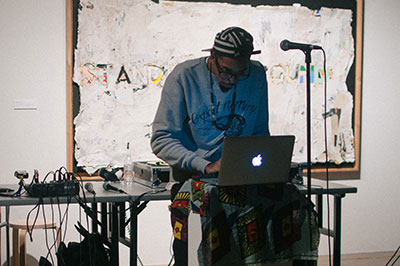 I get it. Work comes together in its own time, yet how we reveal the details also colors our experience of the work. Time in time-based work is a variable thing. Basically, it comes down to the fact that there is no one way to make and produce the performing arts. Art is an elastic biz. As audiences, we too, must be nimble too, ready to pop in should a “pop-up” pop up in our path.