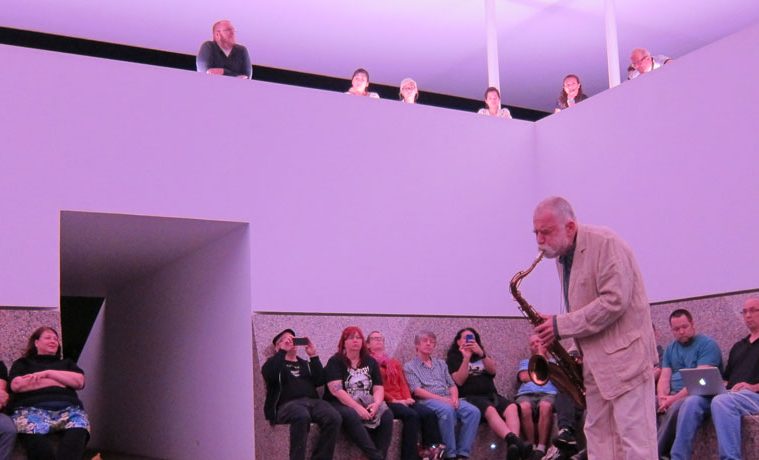 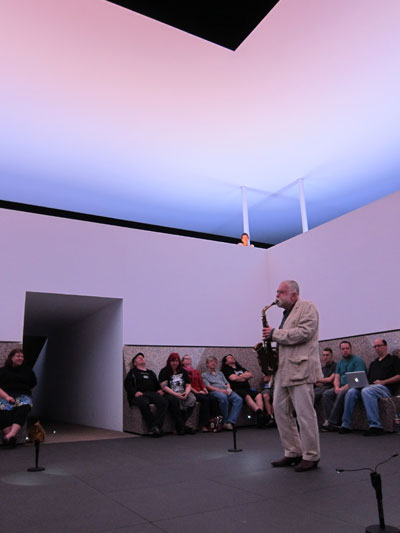 HOUSTON—A few weeks ago I was talking to a friend of mine who is a gifted performer of so-called free improvisation. He’d just seen two different saxophone players, stomach both well respected as improvisers. Neither played within any traditional harmonic or melodic framework (some people refer to this as squawking), order but my friend was trying to figure out what made one player sound ugly and the other beautiful. He tried to name that elusive thing that separated the two, and came up with words such as intention, commitment, and honesty.

Despite a common vocabulary, one performer came across as more earnest and more moving for my friend. A persistent misconception about improvised music is that it’s self-indulgent or self-serving; that musicians just make noises, and if you don’t get it, it’s because you’re not hip enough. I walk away from plenty of shows feeling that way, but in some improvisers, there’s a quality that’s difficult to define that dispels that notion.

Last month, Nameless Sound brought Peter Brötzmann and Keiji Haino to town. They each played an improvised solo show and later shared a duet. Unfortunately, I missed the duet, but I caught the solo performances.

Brötzmann, a German saxophone and clarinet player, began recording in the 60’s and was instrumental in creating a distinctly European avant-garde jazz scene.

His powerful tone calls forth images of iron being melted in a pit of molten metal, or maybe a building being demolished. Something is hot and something else is crumbling. Haino, a guitarist and vocalist who created a wild, freely improvised rock and roll in Japan, seems more elusive than Brötzmann. He performs dressed in all black with signature black sunglasses; he cultivates a mysterious persona involving an ascetic abstention from meat, tobacco, and alcohol. His recordings are hard to find here in America, and seem to cover a more diverse ground of styles.

Haino’s show at MECA in Houston’s 6th Ward was a loud, strange, and slightly draining endeavor. He played for around two hours (I’ve heard he often plays for up to ten). His guitar is cranked through two fender tube amps and a pretty big bass rig, all of which must be turned all the way up and drenched in reverb that has no end. Before I was able to put my earplugs in, I could feel the cilia melting from my eardrums. Haino’s thick, dark chords reverberate and fold over each other until a distorted wash of strange overtones and harmonics emerges below it all, as if the amps make their own music underneath his playing: Imagine a whale singing through a fuzz pedal. Haino’s vocals were playful and unpredictable, alternating between a rock n’ roll shriek and a lyrical serenade. His cover of Screamin’ Jay Hawkins’ “I Put a Spell on You” was a feral deconstruction of the original. At some point, he looped his voice over and over into a chorale and fugue and I couldn’t believe how pretty his voice could be.

While I felt the show dragged at times and lacked structural coherence, I admire Haino’s ability to let go and dig into each thing, making a whole lot of something out of nothing. Listening to recordings after the show, I felt like I understood better where he was coming from.

I’d never seen a show at James Turrell’s Twilight Epiphany, but it was the perfect venue for Brötzmann. The weather was beautiful, and even if you walked around outside the sky space you could hear his horn clearly. Brötzmann seems to have mellowed since his early days: His signature wail and screech was all there, but I heard a larger vocabulary than I expected. His fiery fervor is balanced by an introspective sensitivity. At the end of his improvisation (much shorter than Haino’s), he slowed everything down to a slow, traditional ballad. Everyone stopped chattering. I swear his playing made them put away the iPhones they’d been using to Vine or Instagram the show and they just sat there, leaning into each note until the last breath of air went through his horn. I looked at my friend next to me and saw the recognition that we’d all felt the exact same thing.

Once out of our trance, we went back to chattering and drinking free wine and eating chicken sticks at the reception in the Rice Media Center where Brötzmann’s design work was on display, all of which was hip. Brötzmann studied painting as a student and has some pretty cool examples of his painting and artwork up on his website.

One person remarked that Brötzmann’s playing sounded like a duck that drank too much coffee. Someone else said his tone was like ten saxophones being played through one. After the Haino show, someone wondered whether they get their hipster cred for coming to the show. Someone else said he was like a dark guitar wizard. Whether or not people liked it, it seems to have  fired up some sort of imaginative language in them.

Nameless Sound uses the term “creative music“, which I like:  Terms like “free jazz” or “avant-garde” can invoke a really narrow scene, and this is really one of the most wide-open things out there. Even for those of us who really like “out there stuff” and seek it out, there are worlds of difference in what we do and don’t feel. Nameless Sound does a good job of bringing in different voices.