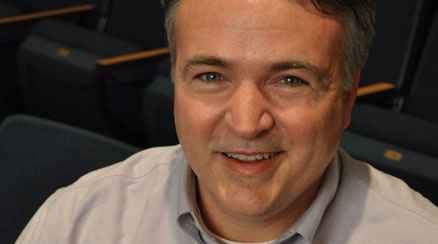 The political rhetoric in the 2008 election was enough to make many Americans roll their eyes or perhaps even take to the blogosphere. In the ever-lengthening election cycle, buy candidates have made hyperbolic observations about small town America and offered us new words like “refudiate.”
For James Venhaus, this was fodder for a new play.  In Ugly People, which opens at Ft. Worth’s Pantagleize Theatre October 19, two politicians battle for the White House.

“It took very little satirization to turn the election season into a complete farce,” Venhaus says about his first venture into politically charged art. “It’s a bi-partisan play, but I felt I had to say something about the way Americans select a leader.”

Venhaus’ life as a playwright is a departure from his original goals to be an actor. After graduating from Southwestern University in 1991 with a B.F.A. in theater he spent eight years in Dallas struggling to be an actor. When he settled down with his wife Laura, he went back to school and became a certified teacher so he could pass on his love of drama, but also so he could make a living.

“I could do the struggling actor thing until I had someone else I needed to think about,” Venhaus says. “It was while I was teaching that I discovered my love for writing.”

In 1999, Venhaus saw a call for submissions in the Dallas Morning News for locally written 10-minute plays and thought, I could do that. He wrote his first play The First Christmas about a divorced couple coping with the holidays. That experience was a gateway into a new artistic outlet. He began writing shorts plays in “fits and starts,” producing some locally at venues like WaterTower Theatre’s Out of the Loop festival and sending a lot of plays out to publishers and theaters around the country.

Four years later, he’d joined the Dramatists Guild and was beginning to venture into lengthier works. When he took a teaching job in San Antonio, he discovered his first artistic home at Overtime Theatre. After they produced his play The Happy Couple, they offered him a regular spot in their season. This commitment to his work is what pushed him to write Ugly People.

“I didn’t have to worry about keeping the cast small or experimenting with new forms,” Venhaus says of his 17-person interactive play. “I was already on the season listing before the play was even finished.”

As Ugly People moved toward production, he received a job offer for a teaching position at All Saints Episcopal School in Ft. Worth and he jumped at the chance to move back to a place that felt like home. But he returned to San Antonio the first weekend of his new job to attend opening night and he will be back in mid-October, as Ugly People was nominated for the ATAC Globe award for Best New Script.

“Having a company that championed my work was never something I took for granted,” Venhaus says. “I credit them for a lot of my success and for allowing to focus on writing instead of marketing myself.”

Since he returned to the metroplex, he’s spent most of his free time networking and sending out plays in an attempt to find his footing in the local market. For Violet O’Valle, co-founder of Pantagleize Theatre, Ugly People was a timely fit for her current season.

“We’re very lucky to have this play on our schedule during election season,” O’Valle says. “I love it for its references to the current election and to our local politics.”

Venhaus re-wrote parts of Ugly People to keep it location-centric for its Ft. Worth production and intersperses more current allusions to the political climate. In a recently added scene a candidate rehearses his debate tactics on a chair. But Venhaus notes that several of the more outlandish lines in his script were there before a similar moment happened in real life. One of his candidates meets with every political group, promising to support their cause, he follows a meeting with a gun control group with a visit to the NRA – an issue on which Mitt Romney has flip-flopped recently.

In Ugly People, neither candidate has clean hands at the end of the play and Venhaus wrote two endings for script, because in true democratic form, the audience votes for the winner.

“But this is America,” Venhaus he says with an ironic chuckle. “You can buy another ballot in the lobby for a dollar.”

The longevity of Ugly People has yet to be determined and Venhaus has begun working on a new project about the parallels between drag queens and comic con devotees. But he says in some ways he hopes it won’t survive the next few years.

“I think art is a necessary way to point out what’s wrong with our current state of affairs,” Venhaus says. “But if Ugly People is still relevant in 10 years, there’s something very wrong with our political system.”