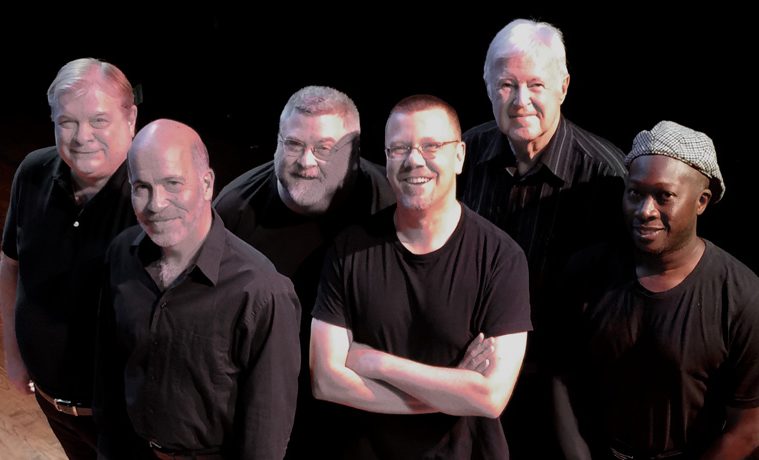 What do an English teacher, an arts fundraiser, a published poet, a former Peace Corps volunteer, a theater critic, and a former Catholic priest all have in common?

They are all chasing after $1,000 prize money and bragging rights for the Audience Favorite Award in the inaugural bow of the PlayPride LGBT Festival, an evening of short one-acts penned by resident playwrights about the Gay, Lesbian, Bisexual and Transgender Community of Texas.

The festival, produced by TeCo Theatrical Productions in Dallas, shows September 4-14 at the Bishop Arts Theatre Center, an intimate venue in the popular Bishop Arts District south of downtown.

The festival was inspired by Randy Frank Eppes’ script Three Guys In A Bed, the story of a gay couple who pick up a guy to come home with them for a night of sexual pleasure. The morning after reveals the reality of who is actually in their bed and the discovery, disagreement, and discussion. The script was submitted for consideration to participate in TeCo’s annual New Play Competition last winter but was not deemed appropriate for the family-skewed audience that usually attends that competition.

But TeCo’s  producers loved the script and decided to create this new themed festival. As with the winter festival, audience members at each performance will vote on their favorite one-act, and the winning playwright will be awarded $1,000 given to the local LGBT charity of their choice. Pride in winning will be their personal award.

Aside from Eppes, other works in the performance of one-acts include Mama’s Boy by Antay Bilgutay (winning playwright of the New Play Competition in March) Jerone has had a fight with his cosmetician boyfriend Carson, and when Carson drops by Jerone’s apartment to talk, he discovers the underlying fears that caused the fight; Water by Christopher Soden

Evan knocks on the door of a stranger to ask for a glass of water in the Texas heat; Foreplay by Lon Rogers A gay teenager visits a prostitute for surprising reasons; Pot Liquor by Buster Spiller When Jeffrey and his partner Montre come to live with his religious grandmother, issues of death and dying, fluid sexuality, and unconditional love are front and center; Trapped: A Confessional Tale by Bill Richard The awkward exchange of a priest and penitent in a church confessional leads to one of them feeling trapped.

A+C spoke with two of the finalists, poet Christopher Soden and former priest Bill Richard, about their works and outlook of the festival.

A+C:  What was your inspiration for your selective one-acts?

SODEN: There’s a certain kind of straight man, so submerged in what I call “male warrior code” (an ideology ingrained in our culture) that they are profoundly uncomfortable with any sort of gracious or charitable impulses from or towards other men. Anything that feels remotely like tenderness or kindness is strictly forbidden, because they’ve been led to believe it’s a footstep on the path to male sexual connection. They can’t explore loving feelings towards other men because that might take them to a place that for them, is unthinkable. It’s an internalized homophobia. So, my inspiration for Water was simple: What if one man, because of exigent circumstances, were more or less forced to ask a stranger (a very butch guy) for a simple favor? A glass of water. Where would that lead us?

RICHARD: When I was a younger priest I had a rather uncomfortable encounter in the confessional with a woman who was convinced I had feelings for her. She wouldn’t take no for an answer. I felt trapped in my own confessional. I struggled to find a way to treat her respectfully and kindly. That experience was the kernel which generated the creation of my script. But in my play the priest is straight and the penitent is gay (and a man!). So the original experience was more of a launching pad, a catalyst, for coming up with something entirely new.

A+C:  How can art, and theater in this case, alter the public’s view of the LGBT community?

RICHARD: When someone offers you a gift of any sort it disarms you in a sense. It removes a barrier. I sing with the Turtle Creek Chorale. Joining together with other men who love to make music is its own reward. But the power of choral music with its harmonic blend of voices wedded to meaningful lyrics has a way of entering the hearts of listeners, softening them and opening them to new understandings. The theater has its own power to build bridges with an audience. Playwrights create a world for audiences to ponder and experience. The viewers implicitly or explicitly connect with elements that ring true to their own experience or have epiphanies that challenge their presuppositions and awaken new understanding. That slice of life presented on stage is also offered as a gift for the audience to witness. From a safe distance a viewer less familiar with the gay community can see that, though many of the surface details and circumstances are different, there is a common humanity which underlies them.

A+C:  Is the LGBT community well represented on stages in North Texas?

SODEN: Yes, I sincerely believe that it is. In addition to Uptown Players (whose season is built on representing the alternative lifestyle, and also produces a Pride festival of full plays), the rest of the theater community — Rover, Second Thought Theatre, Dallas Theatre Center, Contemporary Theater of Dallas, WaterTower, Jubilee — has certainly not avoided staging plays with gay characters and content. I am thrilled that Dallas has finally numbered itself among the major cities that host LGBT Theater Festivals every year. If I could make a wish list, it might not hurt to have a troupe dedicated to edgier, angrier queer content.

A+C:  This PlayPride Festival is something new from a smaller longstanding company that isn’t directly tied to the LGBT community. What does that say to you?

RICHARD: I applaud TeCo for taking the initiative to host these performances. I have had the opportunity to read the other scripts and each one is excellent. And the thought of all six diverse perspectives on life in the LGBT community being played out together on stage each night is really amazing. The fact that it is being produced by a theater not associated with the LGBT community is both a sign of the progress society is making in reversing the marginalization known in previous years and also a positive step in furthering the “normalization” of gay people.

SODEN: I’m very excited about the new PlayPride Festival. I’m impressed that TeCo came up with this solution, when they felt Mr. Epps’ play was inappropriate for their more traditional, annual competition. They could have just as easily pulled the plug, and ended it there. But they chose to see it as an opportunity to provide a venue for LGBT playwrights. We live in the Bible Belt, and, as you say, they’re not directly associated with the gay community. Yet they stepped up and made a place for us.

Show dates are September 5 –14, 2014, Friday, Saturday, and Sunday performances only 7:30 p.m. nightly with a preview performance on Thursday, September 4, 2014. Admission is $15 in advance and $20 at the door. A discount rate of $12 per ticket will be applied to groups of 15 or more people. To purchase tickets, visit www.tecotheater.org/season.php or call (214) 948-0716. All performances at Bishop Arts Theatre Center in Oak Cliff.