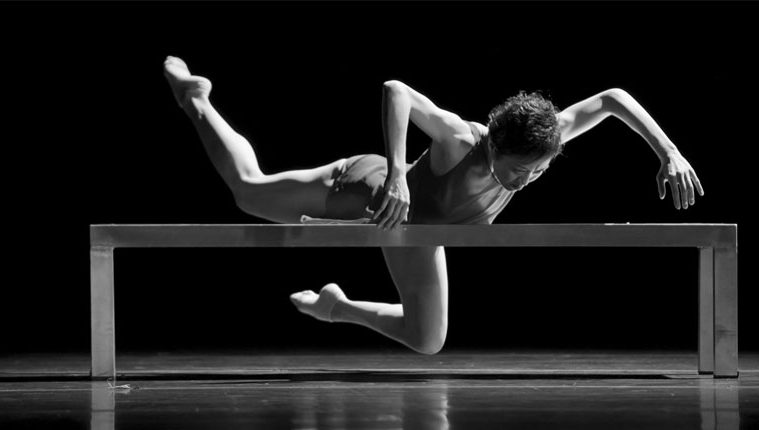 Annabelle Lopez Ochoa is part of a rising crop of freelance choreographers making their marks all over the world. Ochoa has created works for Ballet Austin, Pacific Northwest Ballet, Pennsylvania Ballet, Dutch National Ballet, The Scottish Ballet, Washington Ballet and others. But it was a chance meeting between Dance Salad founder Nancy Henderek and Ochoa in Belgium that proved to be the beginning of one meaningful dance relationship. Ochoa’s work makes its fifth appearance at Dance Salad on March 28-30 at Cullen Theater, Wortham Center, with two new works, In Transit, performed by The Compañía Nacional de Danza, and L’Effleuré for Rubi Pronk.

Her Dance Salad track record includes Before After in 2006, La Pluie in 2007, One in 2008 and Locked Up Laura in 2011. Most recently, Ochoa won a  2012 Critics’ Circle National Dance awards best classical choreography for A Streetcar Named Desire performed by the Scottish Ballet.  A  + C editor Nancy Wozny caught up with the globe-trotting choreographer while she was  at Ballet Austin setting her signature work Requiem for a Rose on the company.

A + C: How has Dance Salad impacted your career?

Annabelle Lopez Ochoa: Nancy (Henderek) was the first person in the US to present my work. That was the short duet Before After. Since then, that duet has been acquired by several companies, and brought attention to my work.

A + C: How do you describe your movement style?

AO: It’s fluid: I use the undulation of the torso and hips a lot. It’s infused with classical lines – however, it’s never purely classical. As for the dynamics, I’ve been very influenced by what I’ve learned during my dancing times with the modern-jazz company Djazzex. I love to play with speed and dynamic changes.

A + C: Tell me about In Transit. In what ways does your own life of always being in transit factor into this piece?

AO: Ha! Each piece that I create leans on some autobiographical events. I got the idea for this piece after spending so much of my time traveling and passing through airports, watching people come and go. I find it fascinating to witness all these individuals, their stories and lives crossing for a short moment in this no-man’s-land. The excerpt that you will see has nothing to do directly with transiting in a no-man’s-land, but it’s now more about a woman who is being disrupted from her familiar world. I’m actually re-choreographing a section to adapt it for the program.

A + C: Can you talk about working with The Compañía Nacional de Danza?

AO: The company is in transition right now. Originally they were a classical company, then Nacho Duato took over for 20 years. Nacho used the classical technique in his contemporary work, so the dancers have a strong classical base. Right now, the company is slowly transitioning back to a more classical repertory; however I believe that the new director, José Carlos Martínez, wants to show the whole spectrum of dance, programming classical and contemporary works in one evening. The piece was Martínez’s first commission after taking the helm. As always I like to use the qualities of the dancers I’m working with, and so this work turned out to be quite modern.

A + C: I’m happy to see that Rubi Pronk is working on his own since the closing of Jacoby & Pronk. They debuted as a company at Dance Salad. What intrigues you about the solo form?

AO: The solo form is a choreographic challenge, because of the fact that there’s nothing/nobody the dancer can react or respond to. I’m always looking for a build-up in a work; I believe that the state of mind or being of the dancer always has to evolve into another state by the end of the work. In the solo form, the only reaction is to the inner self as if in an interior monologue.

A + C: Pronk is a deeply individual mover. How did you work with his movement qualities?

AO: I’ve known Rubi since he was 14 years old. I’ve seen him dance a lot of different roles. I’ve noticed that he is usually used or portrayed as a strong and powerful figure. For this solo, I wanted to investigate his more vulnerable and soft side, hence the title, L’Effleuré, which translates as “The softly touched”. The title also contains the word flower  – fleur in French; and so I envisioned him as a melancholic king of flowers, with reference to Louis the XIV, the sun king.

A + C: I assume you are fully behind Henderek’s curatorial direction.

AO: I appreciate the fact that she searches for an eclectic repertoire to surprise her audience each year, and I feel honored that I was able to be part of it so many times.