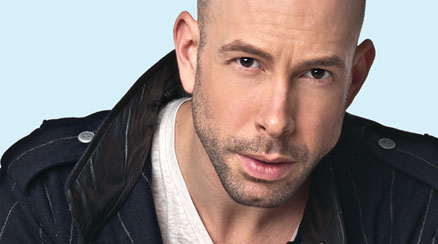 Priscilla, Queen of the Desert the Musical

An Interview with Wade McCollum

Wade McCollum as last seen in Dallas as a ripped and highly sexual Emcee in the Dallas Theater Center’s terrific Cabaret in 2011. Now, case he’s in his first Broadway tour in Priscilla, link Queen of the Desert, nurse in which he plays Tick/Mitzi, the Hugo Weaving character in the 1994 Academy Award-winning film The Adventures of Priscilla, Queen of the Desert, on which the musical is based.

In the movie, three drag queens cross the Australian desert in a big bus (named Priscilla) to get to a specific gig. On the way, we learn more about them and the people in their lives, and of course it ends with one truly fabulous drag show. Like the movie, the music in the musical comes from the disco era, and includes “I Love the Nightlife,” “It’s Raining Men” and “MacArthur Park,” but also adds in pop hits by Cyndi Lauper, Madonna, Pet Shop Boys, Pat Benatar and others.

We caught up with McCollum to discuss the musical, its impact and those fabulous shoes.

Arts+Culture: Do you remember when you first saw the movie?

Wade McCollum: I don’t remember exactly when I saw it, but I remember it having quite an impact. I was 14 or 15. It was that seminal period, a really important movie for me to see about social outcasts finding a sense of belonging, and asserting their flamboyance and strange beauty. It was a very good life-affirming message for me being from a small town [Ashland, Oregon].

A+C: Your last time in Dallas was as the Emcee in Dallas Theater Center’s incredible Cabaret in 2011. Talk about that experience.

WM: That show and the experience with [director] Joel [Ferrell] and Kate [Wetherhead, who played Sally Bowles] and the whole team ? I’ve been doing [theater] for almost 18 years now and this really is one of the superlative gems of my career. It was the rare alchemy where all of the pieces just made sense. As artists, we felt like we were telling an important story that had social relevance and also had great entertainment value; it was challenging and audience-friendly at the same time, which is a hard balance to strike. Joel is quite a genius. I was very surprised and uplifted by the Dallas theater community; I had no idea that everyone was that close.

A+C: Have you played drag roles before?

WM: Well, yes. I was evil queen in a panto version of Snow White, I was the dame role. Other than I’ve played Hedwig in Hedwig and the Angry Inch, she’s transsexual; and I played Charlotte von Mahlsdorf in [Doug Wright’s] I Am My Own Wife, she’s was a transvestite her entire life.

A+C: What size shoes do you wear?

A+C: Was it difficult to learn to move in them for “Priscilla”?

WM: These shoes are all hand-made by De Luca. They are crazy, amazing, comfortable, exquisite dance shoes; the shoes I wore in Jersey Boys were less comfortable than these high heels. The more whimsical shoes, the huge platforms and a couple of other ones were custom made by these people in Canada, they are custom for my feet and calves. The movement in this show, there’s a lot of it and it’s hugely complicated in places. We used the rehearsal shoes who we had plenty of time to work it.

A+C: In the film, Tick was the more grounded of the three men. How did you approach playing this character?

WM: I think because it’s based on an iconic film, anybody’s who’s doing an adaptation of something, we most nod in that direction heavily. Because it’s a different medium and we’re playing some large theaters, when I was looking at the medium shift and looking at this character, I had to turn up the volume and allow his psychological process to be more physical, so that people in the back rows who can’t see your eyebrows or a smile or frown can go on the journey as well.

Because it’s musical theater, there’s more of a fantastical element. What made the film so fantastic is that it was so real and gritty, we got to see the insights into these outcasts and the life that they led and the hardships they went through. Here, the grit is turned down and we get a glimpse of the fantastic elements of their imagination; we get to go inside their heads at times. That’s fun.

Specifically about Tick, he’s a reluctant grown-up, a big kid. He’s a reluctant protagonist. There’s a push-and-pull with what’s drawing him; he wants to connect with his son and confront the responsibility and the maturation process that goes with being a father, but he’s also scared of rejection. In a lot of ways he has this free-spirited, childlike eye. There’s some unexpected complexities to his character, which I love.

A+C: In giving us characters who are drag queens and so over-the-top, for general audiences, does that make gay characters more palatable than say a dramatic love story between two gay men?

WM: I think you’re on to something there. The garishness of the drag shows, the over-the-topness is somewhat disarming. It’s almost cartoonish. It’s also so spectacularly beautiful, there’s so much whimsy in the design, it sweeps people away from a design perspective, and those elements help lessen the blow, as it were.

It has been such an incredibly overwhelming response everywhere we go. It’s being treated like a rock concert. People get up and they’re dancing and cheering and having a riot of a good time. I’ve been surprised going into the smaller communities, especially. They’re just so exuberant. I also think we underestimate people. The elements that people think might be shocking aren’t shocking anymore; we’ve come a long way if people aren’t shocked by a drag queen anymore.

Priscilla, Queen of the Desert the Musical
May 14-26
Music Hall at Fair Park