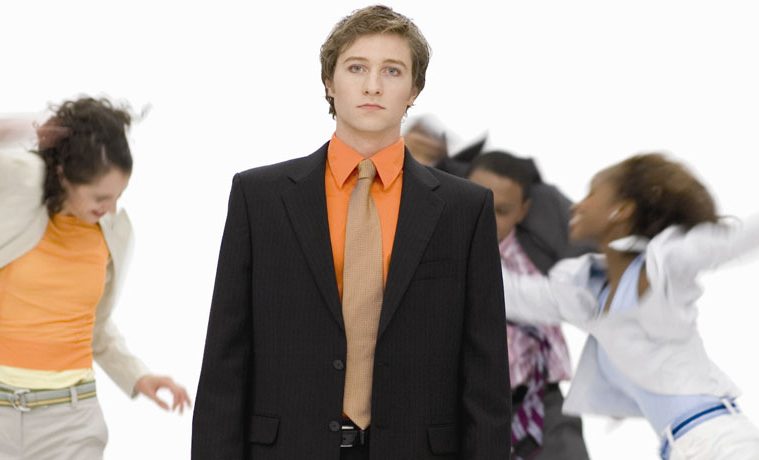 Artists are leaving Texas, and for good reason. Touring equals two important things for the state’s performing artists: unprecedented exposure and a chance to get off the island. An invitation to perform on the road carries with it a certain cachet, elevating an artist’s hometown reputation and expectations.

Although artists welcome the attention to their work, they also know that the very nature of exposure inevitably leaves them and their organizations vulnerable, on the road and at home. Ironically, it can translate into “out of sight, out of mind” for their fans back home, and can even prompt a negative review from critics who tend to be brutal to out-of-towners, especially in New York.   And for the artists who pay their own way, or supplement it, there can be substantial financial costs. 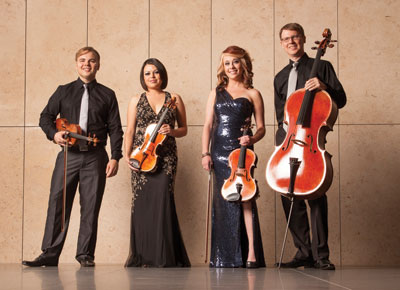 According to Matt Detrick, artistic director and violinist of Houston’s Apollo Chamber Players, hitting the road takes courage. “If you don’t take a chance at putting yourselves and your work out there, you might as well hang it all up,” says Detrick, who heads to Carnegie Hall with his troupe on Oct. 11 as part of their first ever East Coast Tour. “The opportunity to perform at Carnegie Hall is a dream come true for us. A successful tour is only possible after many months (or years) of planning and preparation, and it takes long-term thinking and goal-setting to accomplish. However, the process of undertaking a tour helps to expand and grow an organization. It’s an opportunity to really ‘show what you’re worth’ to the world.”

The tour has also provided the opportunity for Apollo to record their debut album, European Folkscapes (which will be released in time for the tour), composed entirely of brand new works.

Also Carnegie-bound this Fall is WindSync, a group that lives on the road. Their recent travels include performances and residencies in New York, Wyoming, Tennessee, and Kentucky, plus tangoing with their instruments in Vermont (yes, really). WindSync boasts a 2014 calendar that includes international travels to China, Taiwan, and the Vancouver area, as well as other US cities. With that much time away from home, the group has to work on keeping their Houston presence alive, which they do with community concerts at First Unitarian Universalist Church of Houston and the Outdoor Series at the Menil, in partnership with Da Camera of Houston and Houston Public Media. 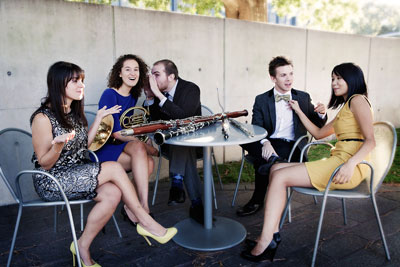 “Touring is what keeps us relevant and innovative,” says Anni Hochhalter of WindSync. It also builds the anticipation for, and reaffirms their connection to, local audiences when they return and perform at home. Having a board of directors that all live in Houston also adds strength to their local roots.

But touring is not always a clear, easy route; sometimes it’s a balancing act. Rude Mechanicals, a genre-defying collective theater company, premieres Stop Hitting Yourself at Lincoln Center Theater’s LCT3 program, which produces shows by new playwrights, directors and designers. Rude Mechs have built an international reputation by touring productions such as Get Your War On and Lipstick Traces: a second history of the 20th century garnering some rave reviews in the process. The Method Gun has toured to such far-flung destinations as New York City, Los Angeles, New Haven, Columbus, Boston, Portland, Philadelphia, and Brisbane, Australia.

Lana Lesley, business manager and company member describes the appeal. “When Actors’ Theatre of Louisville invited us to the Humana Festival to finish and premiere The Method Gun, we were given three weeks together, eight hours a day, six days per week, and a full production staff and materials, to work on our show,” says Lesley. “We were out of town, away from our other responsibilities, and we were getting to work on the stage on which we were going to premiere the show. This is all very rare. We loved every second of it, and we made a great piece of theater.” 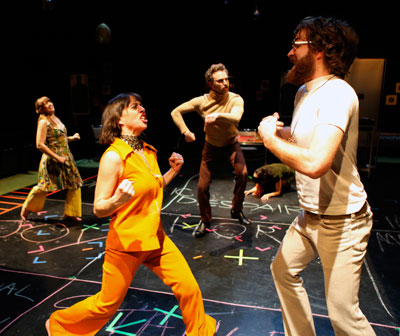 Lesley admits that artistic presence back home can wane while on the road. “One challenge we face while on tour is nurturing and maintaining our relationship with our local audiences, and yet enticing and developing new audiences by being fully engaged with what we are doing elsewhere.”

She also emphasizes the difference between creating work and touring work. “It’s important for us to make work in Austin where we have a supportive community,” she says, which they do at their venue, The Off Center. “We have grown with this audience and we count on them to help us with feedback during our workshops; ultimately, they have a strong agency over the creation of our shows.”

Artists must also manage practical concerns, not too mention other surprises. While the Rude Mechs were touring Lipstick Traces, they learned about an eviction notice on the door of the business from which they sublet office space. “That was big fun,” recalls Lesley. “But we are lucky to have company members at home who are willing to help keep the The Off Center running, and go to community events. There is usually at least one co-producing artistic director on the home front.”

New Faces in the Room

Touring has proved  to be a rewarding endeavor for award-winning The Hidden Room theater. For these actors, there is something magical, personal, and substantial about performing for a brand new audience in a new place with a different culture, and likely a different arts climate.

In October, Hidden Room journeys to the Blackfriars Conference in Staunton, VA, to perform a German puppet adaptation of Hamlet from 1710 called Der Bestrafte Brudermord (Punished Fratricide) which they have developed with Oxford University’s “superstar scholar,” Tiffany Stern. A London tour is on the horizon for 2014, making this their most ambitious touring schedule to date.

Houston’s Main Street Theater (MST) executive artistic director Rebecca Greene Udden makes an important point about going to a new place to perform for a new audience, saying, “We don’t tour ‘on spec.’ ” They don’t tour in order to test the waters; they decide to tour when someone in another city values their work enough to invite them to perform. Recently, MST co-produced Henry V, in association with Narodni Divadlo and directed by Guy Roberts, which was presented in Spring 2013 and will be presented in the Czech Republic in October by the Prague Shakespeare Company. This is MST’s second tour to Prague; last season they partnered with PSC on their critically acclaimed production of Shakespeare’s Richard III.

It takes Cash to Travel

The days of presenters completely covering the cost of touring ended with the 1980s; today more and more artists are fundraising for the money to tour. Houston Metropolitan Dance Company hosted a local dance competition and held a residency to raise money to get nine dancers to Massachusetts for a performance at Jacob’s Pillow Inside/Out stage in 2012. With an enthusiastic audience of several hundred and a standing ovation, they have no regrets. “The history of the Pillow and knowing how many companies have performed there made dancing on that famous stage a milestone for the company,” says Marlana Walsh Doyle, artistic director. This month they travel to Brazos Contemporary Dance Festival and Yes! Dance Invitational.

NobleMotion Dance also presents two works this month, performing in New York as part of the Dance Gallery Festival at the Ailey Theater. A successful Kickstarter campaign helped defray some of the costs. Touring puts Noblemotion on the national dance map, extends the life of a production, and allows the dancers to continue to grow and deepen the quality of the work. Keeping Houston dancers happy who love to see the world is important, too. “I have no desire to live in New York City, but darn right I want to test my work there,” says Noble. “And what does ‘making it’ mean, anyway? Good work is good work and that can happen anywhere.”

Dallas Black Dance Theatre, celebrating their 36th season as the oldest, continuously operating professional dance company in Dallas, travels to Shreveport, LA, as part of the Red River Revel Arts Festival, and Publick Playhouse in Cheverly, MD, with some strategic planning help from the Kennedy Center’s Capacity Building Program for Culturally Specific Performing Arts Organization, which is all about helping them broaden their national presence both artistically and institutionally. 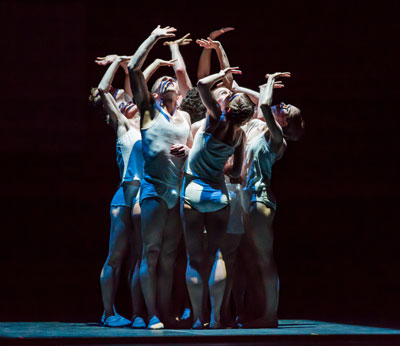 For Houston Ballet, Ballet Austin and Houston’s Dominic Walsh Dance Theater, it’s not just the exposure that comes with touring that is attractive but also the exchange value.

At its best, art resonates beyond our own backyard, as with Ballet Austin’s three-city Israel tour for the international debut of artistic director Stephen Mills’ ground breaking ballet, Light /The Holocaust & Humanity Project. In this instance, travel plays a major part in cultural exchange, using dance to promote the importance of the protection of human rights and to fight bigotry and hate.

The final performance in Jerusalem will be held at the Gerard Behar Theater the site of the Adolf Eichmann trials in the 1960’s. “The profound ideal that survivors who attended the trials nearly fifty years ago, might return to see this work in that space is a little overwhelming,” says Mills.

The dancers will also get a chance to deepen their understanding of the difficult themes in the work.  They will visit the Holocaust Museum Yad Vashem, which has the largest collection of artifacts and documents relating to the Shoah. “All the documents related to the arrest and deportation of Naomi Warren, the survivor whose story the dance represents, and her family are housed at the museum and are going to be brought out and shared with the dancers,” says Mills.

Mills offers some historical contextualization for the urge to tour, explaining that in the 1970s and 80s touring was important for dance because there existed a network of presenters across the country who only presented dance. “Many modern dance companies in the 80s were able to exist almost exclusively by being on the road,” he says. “Now, most of those networks do not exist and it is very difficult for companies to exist in that business model.”

Dominic Walsh and his pick-up troupe have recently returned from a Joyce engagement as part of Ballet v6.0, a festival during which they mingled with other artistic directors of boutique ballet companies. “There needs to be the exchange of vision and perspectives with other audiences and dance leaders,” says Walsh, “Dancers need to perform to new audiences and be appreciated for their work in new ways from a variety of communities.” He believes that touring is what helps Walsh and his dancers maintain a national profile.

Houston Ballet returns to New York at The Joyce on Oct. 22-27, with work by artistic director Stanton Welch, Mark Morris, Hans van Manen and Ben Stevenson. Next up is a trip to Paris for a collaboration with Lang Lang, then to Chicago in March, 2014 with Aladdin. Touring is a necessity for a company of this magnitude, but Welch’s passion for traveling is as much about drawing attention to Texas as it is about the prestige of a Joyce gig; he achieves this by getting the company and the repertoire out into the world. “We can be very isolated in Texas, so it’s important that we are getting the brand of Houston Ballet out there, the company and the repertoire,” says Welch. “We want to let the world what we have to say is important, too.”