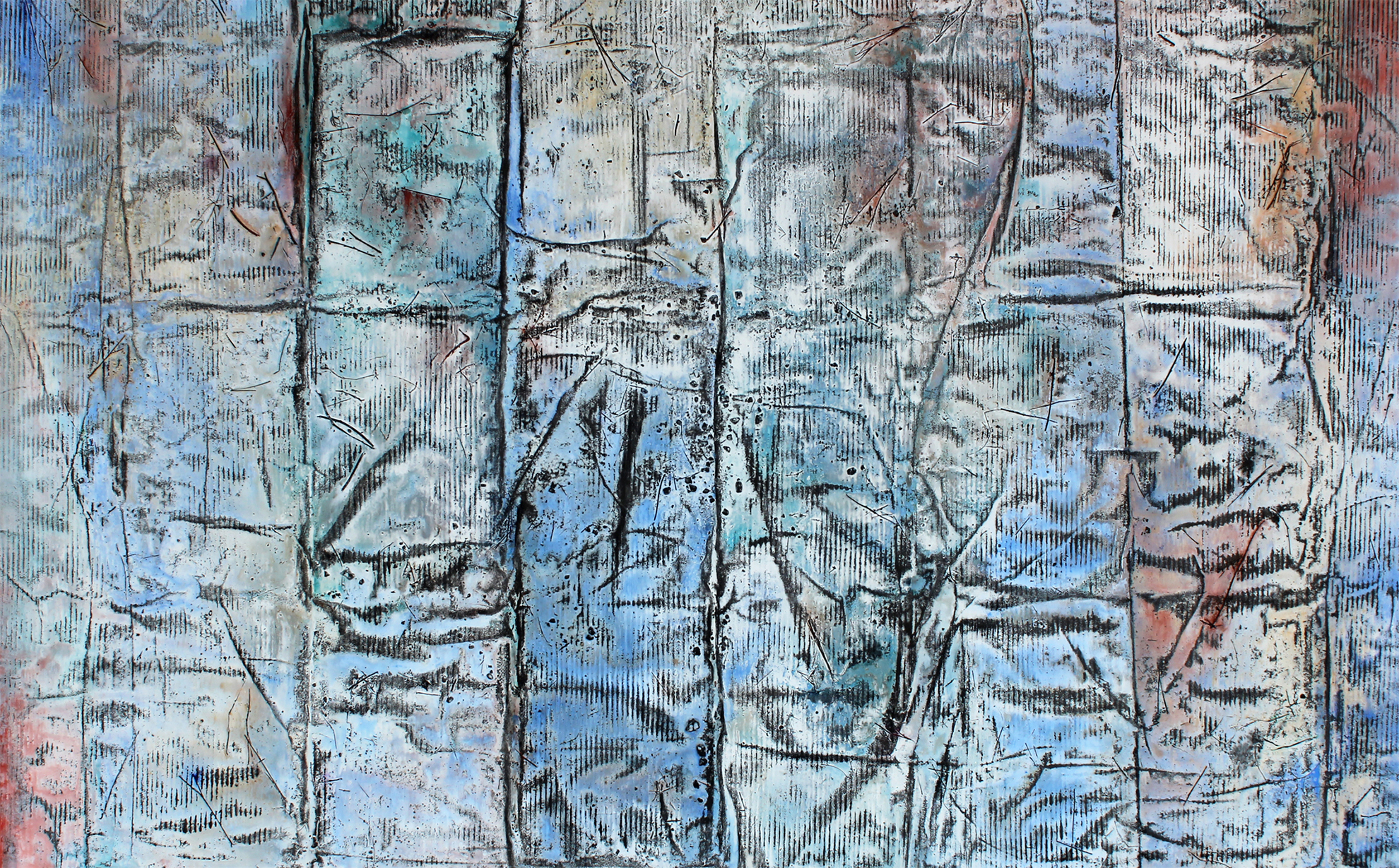 In the heart of American mythology, the romanticism of the West is a main artery. Whole genres of literature and film are devoted to filling this vein with rich iconography and heroism, while keeping it clear of the calcifying truths of the difficulty of occupying such a landscape-both what it means for the human beings who inhabit it and for the land itself. Anna Elise Johnson’s Earthworks: West Texas, now on view at Cris Worley Fine Arts in Dallas through August 14, draws heavily from the mythology of the west, especially its deserts. Her title, and the works themselves, also speak to the sort of self-mythologizing engaged in by land artists of the 1970’s, in particular Robert Smithson of Spiral Jetty fame. Although in Johnson’s process-based paintings, “the myth gets tested by the physical reality.”

For Earthworks: West Texas, Johnson focused on the area around Marfa, a place with an added layer of mythology due to its status as a site for art-world pilgrimage. In part, Marfa retains its mystique because it’s difficult to get there. The Los Angeles-based artist rented an Airbnb and combed the area for work sites, explaining that out-of-the-way does not mean uninhabited. “There’s no getting outside of the machine,” Johnson laughs. “I drove around and a lot of the roads are called ranch roads,” she explains. “You realize that really quickly, almost everything is private property.”

­­­
Working on the small stretches of road between highway and fence line, Johnson scooped the detritus of the land onto her unstretched canvases and coated them with milky plaster. After allowing them to dry in the sun, she folded and returned the canvases to the studio for further editing. The transport from site to studio was documented in the stiff folds of the canvas, which became a kind of linear element in the final iteration of the work. Some of the pieces are achromatic, while others were enhanced with soft stains of watercolor in crimson, ochre, or pale blue. “I coat them in polyurethane and put PVA-size (a new form of rabbits-skin glue) and they’re very stable. It’s delicate and temporal but I make it permanent,” she explains. The hardened canvases have to be pulled onto stretchers, a feat of strength. “A lot of the process is a wrestling match. I have to stay in very good shape for these.”

In August the artist will mount an exhibition of similarly-constructed works at Maple St. Construct in Omaha, Nebraska, an artist-run space that describes itself as “bridging the discourse between artists from Los Angeles to the Midwest.” Johnson knows these works, deeply linked to place, will have an entirely new feel. “In Nebraska they have soil. Earth is linked to a very specific landscape,” she explains. “There’s not that much deep red earth around. In the whole U.S, it’s pretty minimal compared to other colors.” 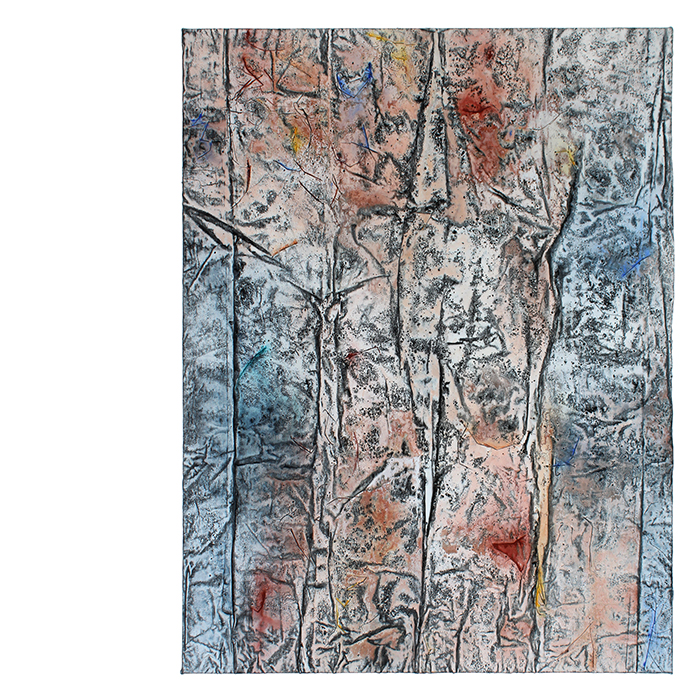 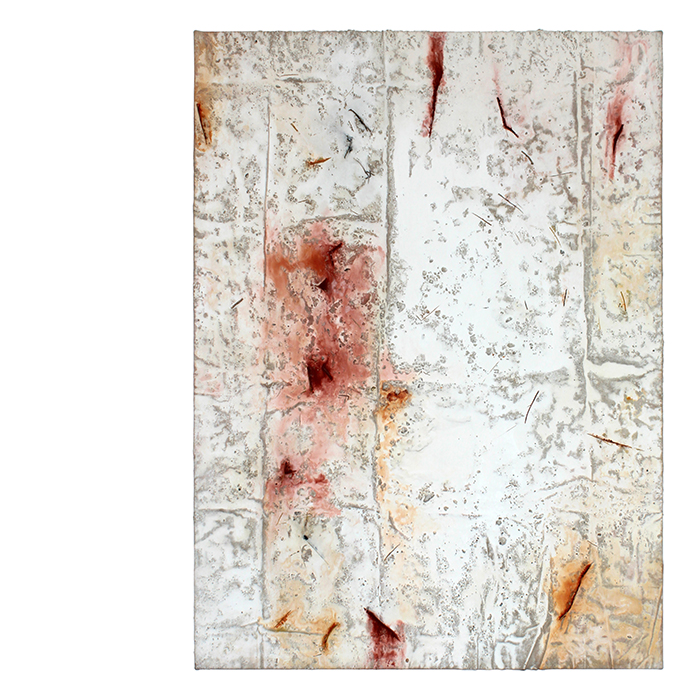 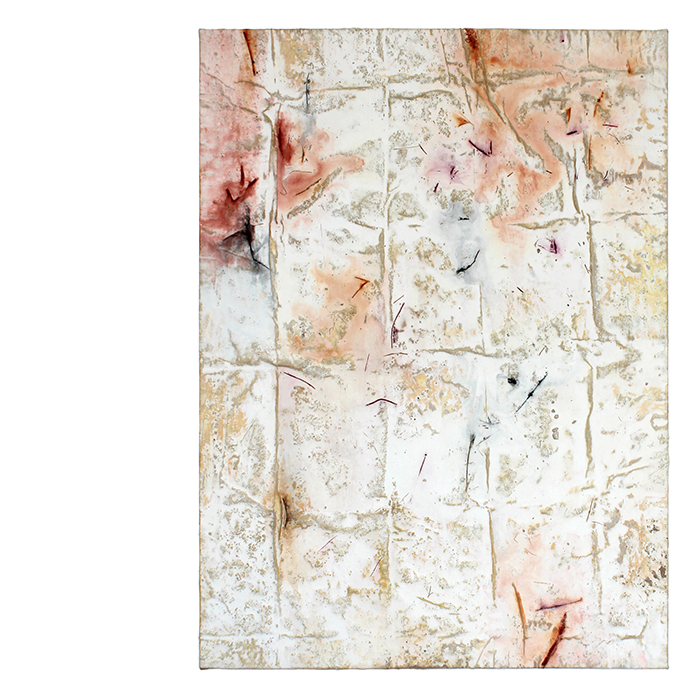 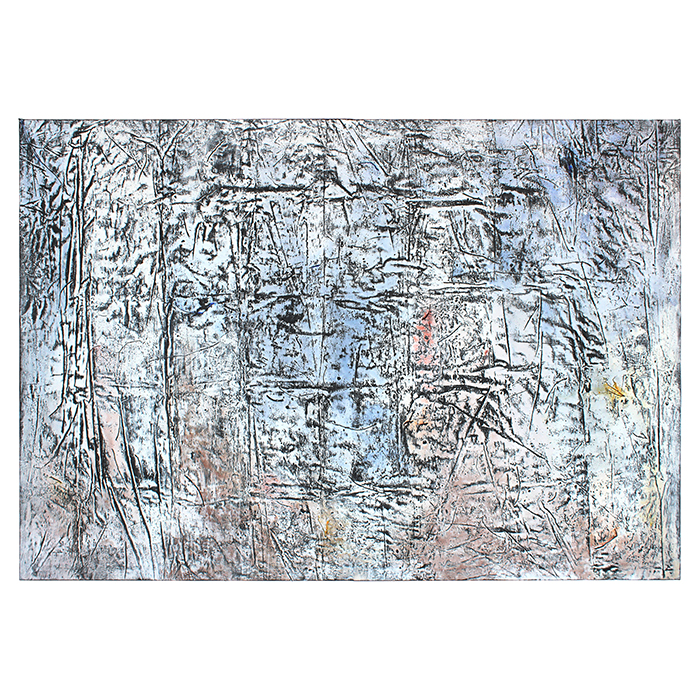 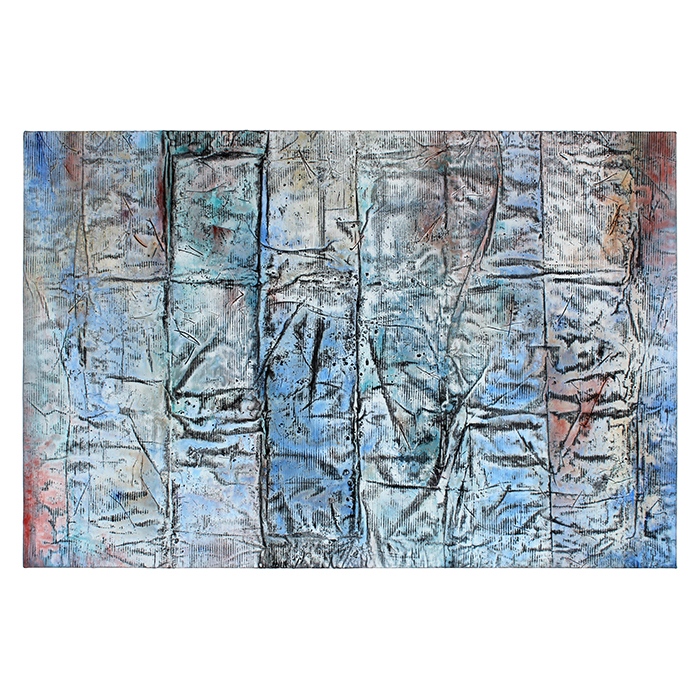 Johnson cut her teeth working in a more traditional landscape milieu (her father is also a landscape artist) but the Earthworks intentionally eschew horizon lines and the kind of spatial trickery at which landscape painters excel. “I’m pushing away from it ever becoming an image,” she says. “They still hang on the wall as paintings, but there’s hardly any paint involved.” In this way, the works reveal their own process and speak to the intangible: the artist’s own memory. They begin to hint at the “mythical spaces where you go to face your existential self. It is recorded in the pieces,” she says. And like the desert itself, “people can’t really get a sense of what they’re like unless they’re standing in front of it.” 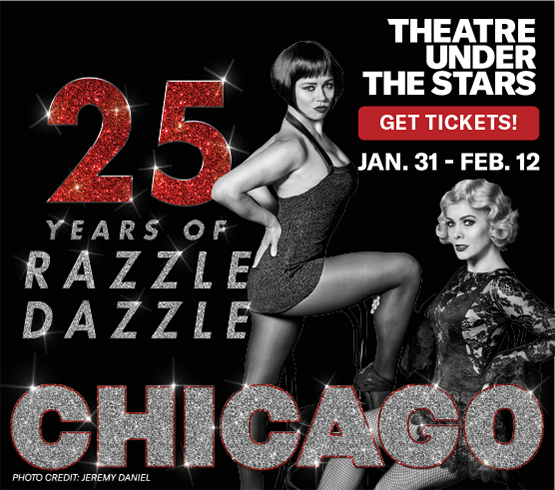 While Johnson is clearly enamored of the American west, “it’s such a memorable, beautiful place,” she says, her ideas about it are complex. She describes seeing the mysterious Marfa lights and watching an asteroid break up as it hit the atmosphere, splitting off into glowing tails. “It felt kind of magical,” she says. But in an era of increasingly militarized borders, politicized fights over public lands, and rapidly accelerating climate change, Johnson is wary of “regressively reenacting the problem[s].” She explains, “when you’re there you see present day land use and border patrol,” the realities that inform a landscape so heavily shaped by human activity. Johnson’s “recording” of the landscape, as well as her “leave no trace” ethos, poke holes in the mythologizing of 19th-century landscape painters and 1970’s land artists alike. She says she wants to “hold a balance between the two.” Her paintings are tender, but only by first being tough.