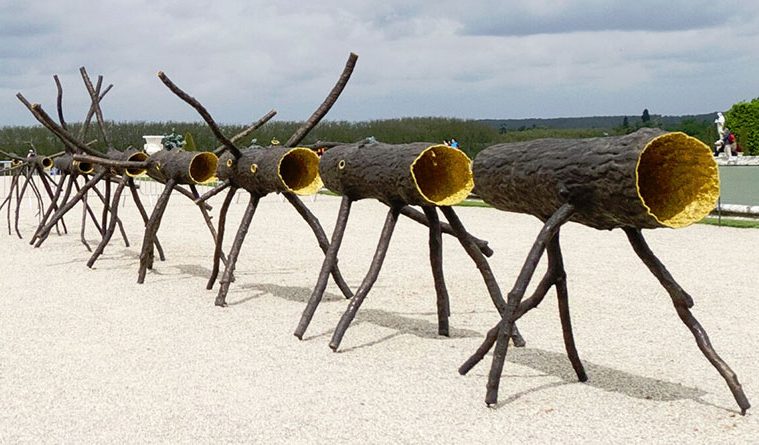 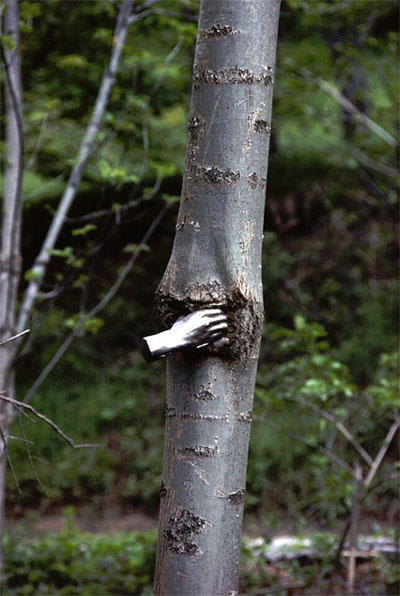 Giuseppe Penone at the Nasher

In a bold move that continues to look beyond its own holdings, the Nasher Sculpture Center plans to open an exhibition focused on the art of Giuseppe Penone this fall. Giuseppe Penone: Being the River, Repeating the Forest, on view September 19 through January 10, will be the first U.S. museum exhibition dedicated to Penone’s work in over thirty years.  Penone, who is associated with the Italian post-war art movement known as Arte Povera, was active mostly in Turin and Rome beginning in the late 60s.  He was a younger founding member of the group and has continued working as an artist for the past five decades, primarily in sculpture.

The name of the Arte Povera movement was fashioned by the art critic Germano Celant, who first began to see the trends unifying the art of the period.  He vigorously promoted the so-called Arte Povera artists through manifestos and curated exhibitions, and although the various artists’ work seems to fit into his grouping of themes and materials, contemporary art historians have argued that each artist made individual and unique contributions to the art of the period, Penone being no exception.

The term Arte Povera was actually borrowed from the theoretical performance manual, Towards a Poor Theater, written by the Polish theatrical director Jerzy Grotowski, who called for the removal of excess props and ornament (the moneyed theater of spectacle) from the stage to the point that the actors used only their natural gifts to activate meaning with facial expressions, voice, gesture, and acrobatic movements (hence materially “poor”). In an analogous way the Arte Povera artists used natural and everyday materials taken from their immediate surroundings, making art without resorting to traditional painting and sculpture.  This meant that Arte Povera artists mined their particular social and historical moment to express something distinctly precise about the Italian condition through the use of installation, assemblage, and performance art, explaining why art historians have usually positioned them alongside artists working in the style known as Post Minimalism; American artists such as Keith Sonnier, Richard Serra, and Eva Hesse, and with artists in Europe included in the famous show When Attitudes Become Form (1969), such as Joseph Beuys, Yves Klein, and Hans Haacke. 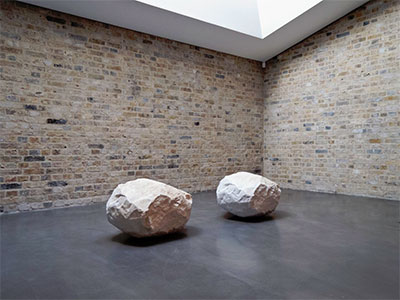 Nasher senior curator Jed Morse says the lack of a major exhibition of Penone’s work was “incredible, because he is deemed important, and the attention was long overdue” for art made in the second half of the 20th century.  He also proudly states that Dallas audiences will have this historically significant and engaging exhibition in their own backyard giving “Dallas the opportunity to see the full range of Penone’s output, meaningful to audiences anywhere in the U.S.” Nasher officials began to approach Penone several years ago, and were finally able to set dates and choose pieces, none of which belong to collections here. All of the works in the show are coming from the artist or collections abroad, adding another must-see element to the show. It promises to be an art destination, with up to 24 pieces that will provide a full picture of Penone’s output up to the present day. The exhibition will utilize the Renzo Piano building’s entrance gallery and the first main space in the center along with the garden terrace outside.

Nasher curators chose pieces for the exhibition that will give viewers a strong sense of the variety of materials and subjects Penone tackles along with the corresponding sense of depth he’s explored with his main motif, an “analogy between the way nature creates and the way artists create.” In the series Repeating the Forest (1969-present), his ongoing investigation of nature, referenced in the show’s title, through uncovering and exposing metaphysical realms finds expression in carefully carved wooden beams.  Penone meticulously carves back the bark and outer layers of seemingly mundane pieces of wood along the growth lines in order to reveal and expose the various knots that once formed the saplings and branches, a subtractive process that yields a younger version of the tree contained within the beam.  These amazing large-scale pieces stand on the square base of the beam that becomes a sort of built-in pedestal, or plinth, that holds the carved parts as they spire upwards.  They come to reference time and growth in reverse, past memories made present, and the perception of what constitutes the notion of interior versus exterior. 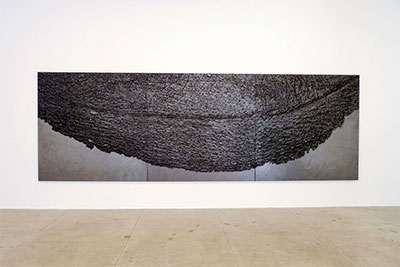 The other reference in the title is drawn from Being the River (1981-1995) which consists of two stones:  one found at the mouth of a river after years of being shaped by the flow of water, and one taken from the source and carved by Penone to match the action of the water on the other stone.  This conceptual piece delves into the notion of nature sculpting our environment and what usually comes to inform culture.  A duality is set up by Penone, wherein the river-as-artist loops around into a meditation on nature and culture, implicating both in the act of creation.  He suggests that artists contribute to a creative act in much the same way that nature creates our lived environment.  So, in Penone’s radical statement, he creates a copy of an original stone hewn over thousands of years in order to argue that what exists in nature is magnificent, and that human endeavors can only aspire to match it.

This important show will fulfill visitor expectations with the aesthetic and intellectual rigor that we have come to expect from the Nasher Sculpture Center.  Giuseppe Penone will be in attendance during the opening weekend and will participate in the centers’ 360 Speaker Series Conversation on opening day.
—JOHN ZOTOS