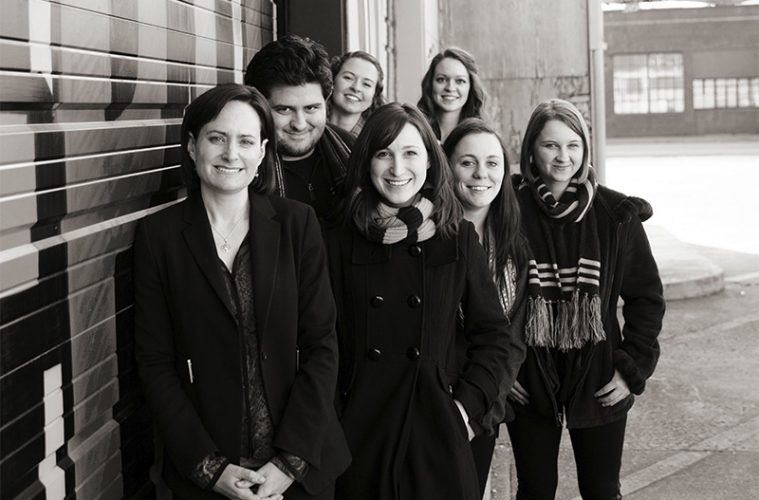 Erin Hannigan with her Oboe Students; photo courtesy of the artist.

The audience members at the Meyerson Symphony Center had no idea what an adventure the oboist onstage had on her way in to work that night. A couple hours earlier, Erin Hannigan found herself tiptoeing through a Costco parking lot in high heels and an evening gown, her hands clutching a cage. Inside, a dusty Siamese cat looked back at her with frightened blue eyes. The cat had been living in a nearby storm drain for weeks. A call was made, the cat was picked up, and the Dallas Symphony Orchestra’s Principal Oboe was back on her way to play a concert. 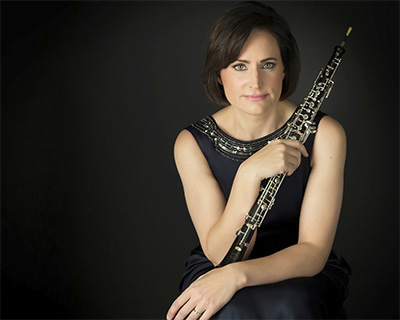 Hannigan has about a million other rescue stories that are just as good. Many are the result of a strangely serendipitous chain of events that occurred about nine years ago, when she was brainstorming on ways to help homeless animals through her passion for music. At the time, she’d been volunteering at Operation Kindness, the oldest and largest no-kill animal shelter in North Texas. It didn’t take long to realize that there was a desperate need for more fundraising and awareness. “I started thinking, ‘What’s my greatest tool? What can I do at a highest level?’” says Hannigan. “Obviously, what I spend all my time doing is music. How could I apply that?”

Then one weekend, she caught a story about Teresa Berg on CBS Sunday Morning. The Dallas-based photographer was using a “Glamour Shots” approach, taking pictures of shelter animals and cleaning them up, adding a little bling, and posing them on a set instead of in a kennel. The results proved successful: Every animal she’d photographed found a home. Shortly after the story aired, Hannigan was walking into her neighborhood grocery store when she glanced up and saw a sign she’d never noticed before: Teresa Berg Photography. That’s when she knew that this was more than just a coincidence. It was time to make introductions.

“It was an instant fit,” Berg says. “We just had to put our heads together to figure out a way to combine our two art forms and get people interested.”

The two started by funding their first event, An Evening for Dog Lovers, which combined Berg’s photos with classical music. They realized they’d tapped into a group of animal lovers who they’d never seen at an animal rescue fundraiser: People who loved animals and the arts. “It just kept growing,” Hannigan says. “I started to realize how much interest there was in this, from all kinds of artists.” 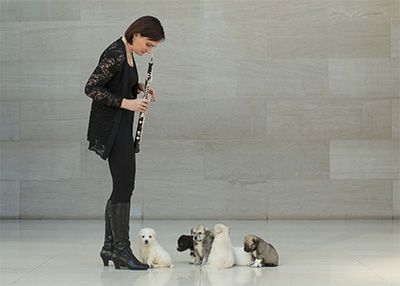 Erin Hannigan with her Animals; photo courtesy of the artist.

They decided on a name: Artists for Animals.

A turning point came four years ago when Hannigan received the Dallas Symphony Orchestra’s grant for principal musicians. It covers the cost of AFA’s annual Concert for Kindness, leaving no overhead, meaning all the money raised goes straight to the cause. Since moving the concert into the Moody Performance Hall three years ago, the organization has raised more than $80,000 per event.

“One of the things I’m most proud of is the fact that we are reaching people with a positive message,” says Berg. “What we do is not about how pathetic and needy these animals are—we don’t play the pity card. We celebrate them.”

A few years back, they began bringing shelter animals to a weekly life drawing class at Booker T. Washington High School for the Performing and Visual Arts, whose students later auction the art during their spring concert. Hannigan says they want students to feel the power of giving back—a chance to see what they can do with their own artistic passion. She also includes a few of her music students from SMU, where she teaches oboe. And there’s never a shortage of local talent wanting to be involved. Returning for the second time in this year’s concert on March 10th is Syzygy, a contemporary music ensemble from SMU.

“I believe that all artists are called to serve our communities, and part of doing that is coming to the aid of those who need it most,” says Lane Harder, the ensemble’s director. “I’m also inspired by Erin and Teresa’s creative vision for the concert and by their ongoing quest to keep the issue of animal welfare in front of people.”

2018 was another banner year for Artists for Animals. Their grant program distributed $16,000 to other shelters and arts organizations wanting to follow their model. It was also the year when Hannigan was one of only five orchestra musicians in the country who received the Ford Musician Award for Excellence in Community Service from the League of American Orchestras.

Hannigan is greeted by the rewards of her efforts every day when she comes home to Livvy, Jesse, and Jophiel, all previous shelter dogs. And now there’s a Siamese cat named Gabby, with her own great story of a lucky night she was rescued from a parking lot by an oboist who wanted to help.