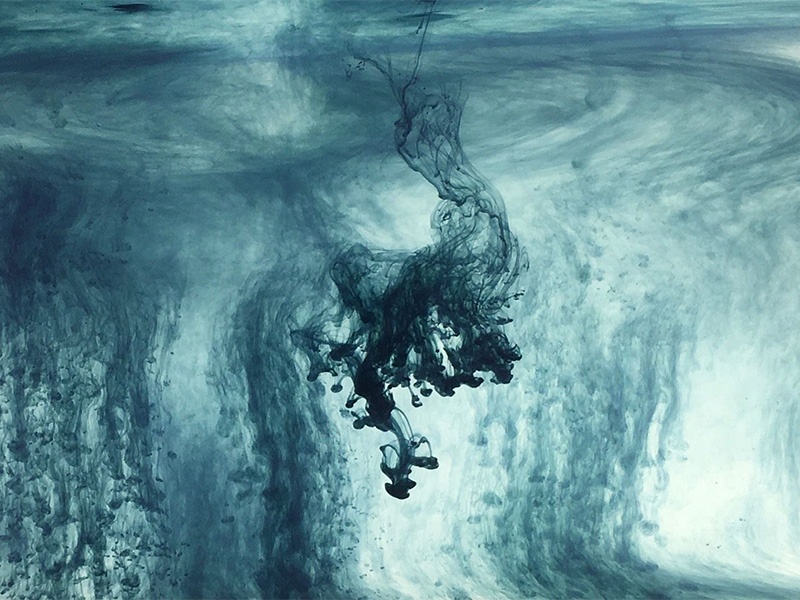 Honoring history is as complex as history itself. With shifting perspectives and understandings of the past, it’s easy for some forms of honoring historical figures to be seen as glorification in the name of spite while other histories are on the verge of being lost. In particular, as they are passed down orally, the histories of marginalized communities are at constant risk of being lost generation by generation. For artists Nick Vaughan and Jake Margolin, putting up plaques and statues or writing books are still absolutely necessary, but still they see many opportunities to let queer folk “be super queer in how they honor and preserve these histories.”

Vaughan and Margolin have been working as an artistic duo for years and found their way to their home in Houston while doing research for a series titled 50 States, for which the artists uncover hidden queer histories state by state across the U.S. To date, the duo has presented stunning projects that give visibility to suppressed histories in Wyoming, Texas, Oklahoma, Colorado, and Arkansas. Commissioned by Houston-based arts organization DiverseWorks and on view through April 18, 50 States: Louisiana is the sixth iteration of this series, but for the artists, it’s a continuation of their anthropological process.

“I’m not sure that our approach has changed so much has it’s gotten deeper and slower,” Vaughan explained. “Our focus has shifted a bit, from just being bowled over by the sensationalism of finding out about these histories, to being primarily interested in what these histories illuminate about more recent queer communities.” In the past, these interests have led to entirely separate, tangential projects, which the artists consider to be second volumes of a sort for the states. Their video project Political Gestures, for example, was in part a means of highlighting Lynn Riggs—the gay Cherokee playwright who was central to 50 States: Oklahoma.

“We’re excited to see what becomes Volume II of 50 States: Louisiana,” Margolin added. “Those potentials are more overtly built into this installation, but we still don’t know exactly what direction it will go in.”

For 50 States: Louisiana, the artists began with trips to archives and discussions with older queer folk who “know more than we do.” “Also, as with most of our pieces, we spent over a year following dead-end leads,” Vaughan noted, stating that while they did lead to queer histories at times, they didn’t necessarily lead to histories that the artists thought would resonate. He added that they read all the PhD dissertations on queer histories they could find, “and in one of them, there was a brief mention of a gay merchant ship captain in 1724 on the Mississippi, and it included something that we have come to learn is very valuable and very rare: an accurate footnote that pointed us directly to the source material in the Mississippi Provincial Archives, where the whole story is written down in ink on paper.”

“There are a lot of ways that the history connects with more recent queer Louisiana,” Margolin noted. “The primary connection that we make is from this gay ship captain and his cabin boy/lover to a series of balls held at New Orleans’s African American Longshoremen’s Union Hall (I.L.A. Local 1919,  before the union integrated) in the 1960s by the early gay Krewes of Mardi Gras. The connection between the longshoremen’s union and the 18th century colonial maritime queer history is pretty straighforward. However, the resonance is deeper than just the shipping industry.”

Amateur sleuths that they are, the artists found out about this gay captain because the affair with his cabin boy was busted. The cabin boy was forced to work on another boat and subsequently was taken back by the captain.

“The two sailed down the Mississippi and made it out to Dauphin Island, which protects Mobile Bay,” Margolin said, “and the ship sank, along with the first major shipment of indigo, which it was carrying back to France.” This cash crop was meant to make the colony solvent.

“The indigo trade in Colonial Louisiana is intrinsically tied to slavery and the slave trade,” Vaughan added. “That 250 years later it would be the African American Longshoremen’s Union Hall that would literally be the only establishment willing to rent their space to gay krewes feels like it opens up windows into the nature of allyship.”

As the artists work to uncover these histories and find new, innovative ways to honor them, they’ve produced a series of thoughtful and beautiful works of art, lectures, and performances that return vibrance to these stories.

“We hope people leave [the exhibition] knowing, like on a deep, corporeal, gut level—the way that art can help you know things, that queer folk have always been part of the sailing and shipping and maritime world,” Margolin said, “And I hope they leave feeling a little bit more inspired to dream the world they want to live in and make it happen.”

Vaughan continued the sentiment, stating “I think that can be a very queer act: to dream of utopia in the face of the current world, and then—and this is key—to make it happen. To steal your lover back, to offer your space to a bunch of queens, to create an intentional community on the seas.”