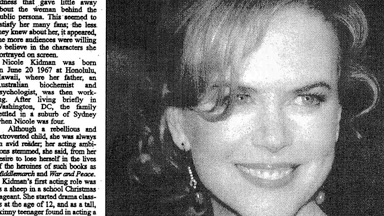 One of the most intriguing things about the Goss-Michael Foundation — and there are many — is their willingness to ruffle feathers. They stir things up. Because they concentrate on British art, order their contemporary shows often allude to Western mythological stories and archetypal images that have informed what most people deem “civilization.” Whether you choose to adhere to (nearly) long-gone tenets is your own business. But everyone used to know these “stories” and their concomitant images. They were also cognizant that they informed one’s worldview as reliably as gravity. Unfortunately, because of the gaping lacunae in our educational system, much of what was commonly known is now seen as “quaint” or deemed material fit for rubes. This makes it difficult to understand Western art, whether it’s medieval, contemporary or anything in-between.

It should be noted that while the pieces at GMF allude to “the canon,” they do so via a somewhat rowdy vector. In fact, some people find the works too discomfiting to give them their due attention. That’s a pity since the Foundation houses a collection so stellar that Dallas could finally claim what it desperately clamors for, world-class recognition. City officials happily go berserk over Opera houses with uncomfortable seating while the biggest and brightest civic tiara has a tendency to roll out of view and no one opts to retrieve it.

I’ve seen countless pieces in the GMF collection that allude to Edenic exile, martyrdom, the glory of stained-glass windows — not to mention Christ and skull imagery that’s been serving as a leitmotif for Christian Golgotha and its ramifications for over two millennia. It’s all there — but it’s given a new context via YBA (Young British Artists) art that throws everything we’ve known as “tradition” into sharp relief.

Mr. McEwen’s work is no exception. He works with graphite and, in part, his show gives us compressed replicas of everyday objects, a Friedrich air conditioner cover, a water fountain, an ATM machine — and perfectly symmetrical rows of office lights that (maybe) exude the infinite tedium of bored office workers. The graphite pieces are dark and compressed. They suck up light like dark stars. “Rubber Maid Step Stool” is a no-brainer. It’s a metaphor for ascendancy. So what does it mean that it’s not luminous, that it’s made of solid stuff that soaks up every color in the spectrum when light is pitched through a prism? Ditto with the water fountain. Water is the stuff of which we’re made. It’s the element used to baptize us as infants and it’s referred to in countless documents as “living water” that confers life upon even the most filthy among us.

It’s easy to look aside and utter the mantra du jour: “It is what it is.” Well, that may be. But these works also serve as poignant vectors into contemporary culture. They give us navigational tools by which to gauge where we are in the vast scheme of things. This is why Goss-Michael is important. It doesn’t sweat the small stuff. It swings for the fences and, in anybody’s book, that’s laudable.

One of the more fascinating pieces done by McEwen is cordoned off and occupies its own deliciously separate space. It’s a “gum painting.” (McEwen has created a series of canvases that are punctuated by chewed gum arranged in patterns that serve as Rorschach noggin busters.)

However, “Wiesel, Phosphor brand bomb,” while part of his gum painting series, is somewhat different. It sports a backdrop of glow-in-the dark paint and evokes the feeling of an explosion. It’s aqua and luridly beautiful and Sublime in the way that the great treatise penned by Edmund Burke outlines sublimity. He suggests it’s manifestly both gorgeous and eerie. This work definitely fills the bill. It’s big stuff. It rips you wide with loveliness. And, given a chance, it’s an opportunity to reflect on where we were and where we are. It’s the bright, pulsing star around which the rest of the show revolves.

Goss-Michael is a treasure. Avail yourself of what’s inside one of the best-kept secrets in Dallas. Love it. Hate it. Just go and look. It’s an education about what’s happening in cutting-edge art and what’s happening all around us. Let yourself go and get up to speed.