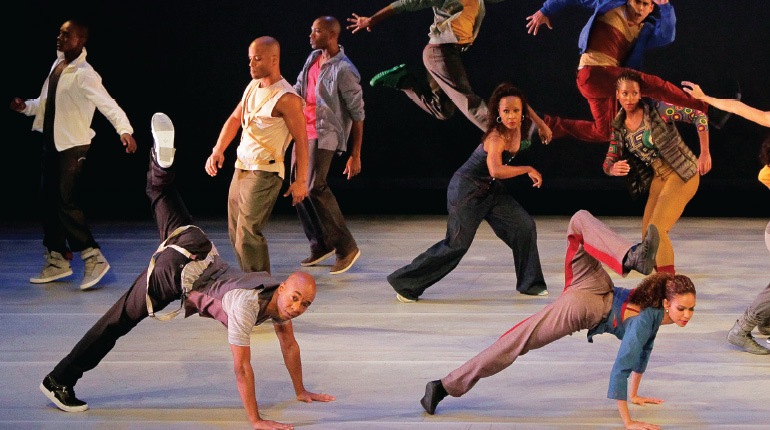 Alvin Ailey American Dance Theater’s recent Society for the Performing Arts three-day engagement had a monumental feel to it. Yes, it was sold out. Yes, Ailey new artistic director Robert Battle is obviously at the top of his game, and yes, they put on a show to remember.

There was something about Rennie Harris’ “Home” that demonstrated the depth and sheer emotional tonality this troupe is capable of. A highly layered composition, “Home” mixes the personal with the public, juxtaposing individual strife with group action. It’s a powerful piece, striking in both its fresh hip hop vocabulary and complex horizontal structure. “Home” spills out over the stage with an uncanny momentum, spreading its heartfelt message of pain, healing and reconciliation.

Alvin Ailey’s 1960 masterpiece “Revelations” closer has a ritual element. By now, most of us know these famous shapes, and we enjoy the reenactment on new dancers. That said, it’s hard to take your eyes off of veterans Matthew Rushing and Hope Boykin. Rocka my soul indeed.