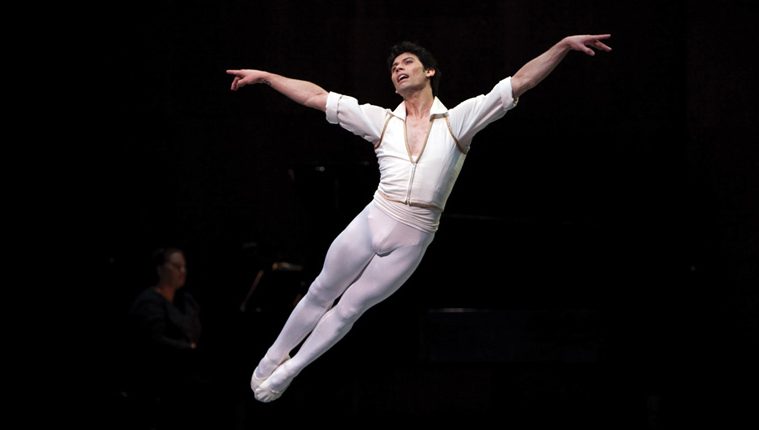 TITAS opened the latter half of their 2011–2012 dance season by bringing in America’s most beloved ballet company, American Ballet Theatre. On Friday, January 20 (with a second performance on Saturday), ABT performed four pieces from their extensive repertoire at the Winspear Opera House.

The night began with the dreamy “Seven Sonatas.” Choreographed by Alexei Ratmansky to Domenico Scarlatti’s delicate keyboard sonatas, the dancers personified the weightless quality of the music as they gracefully executed Ratmansky’s subtle choreography. A bit shaky at times, they still managed to create an ethereal and inviting world. Following the dreamy and fluid “Seven Sonatas” came the calculated and intense “Duets” by Merce Cunningham. Performed entirely in two-by-two forms, the dancers of ABT masterfully took a hold of Cunningham’s precise movement and translated his intention to show that duets can be just as entertaining as solos or larger group dancing. The six couples showcased just about every possible movement between two bodies, and it was utterly mesmerizing.

However, and not to discredit the dancers, what was so important about this performance is that Cunningham’s own dance company performed for the very last time on December 31, 2011, and ABT’s performance of “Duets” marks the future for Cunningham technique and performance. No longer will we see personal students of the great dance master performing work inherent to their bodies; instead, we will only be able to see translations of the historical pieces. Yet, if ABT showed us anything, it’s that the future of Cunningham’s work is bright.

The most classical of the program came with George Balanchine’s “Tchaikovsky Pas de Deux.” Danced by the stunning Paloma Herrera and the equally as strong Cory Stearns, the piece showcased what ABT is known for: a high level of classical ballet training and the glamor of a centuries old tradition. The evening ended with the delightful “Company B.” Choreographed by Paul Taylor and set to songs sung by The Andrews Sisters, the work harkens back to the Second World War bringing to life 1940s America through the lens of young lovers lindy-hopping, jitterbugging, and polkaing. Playful, thoughtful, and moving, it captures all the hopes, fears, and energy that abound during a time of great tension.