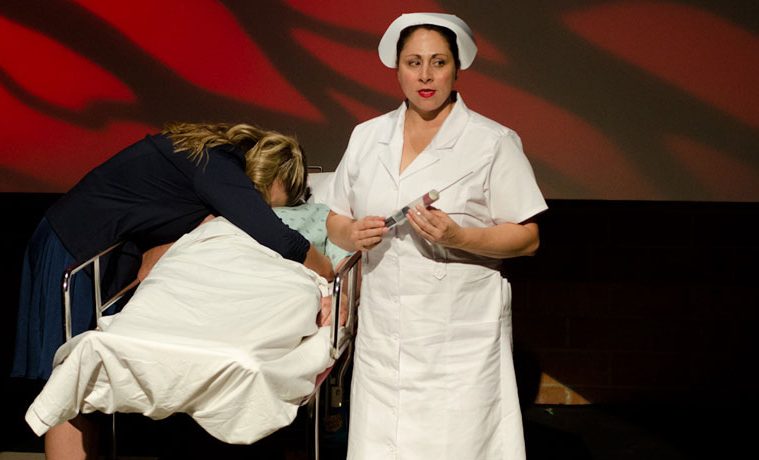 Review: Carnival Round the Central Figure 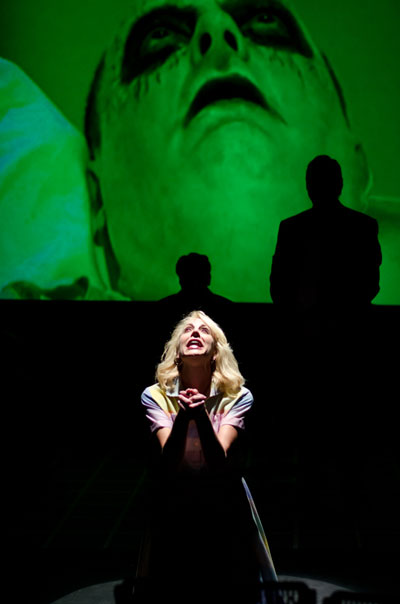 HOUSTON—Sometimes when a piece of theater challenges me, I look for answers in the play’s title. So soon after seeing the Mildred’s Umbrella regional premiere of Carnival Round the Central Figure, I sought meaning from carnivals.

In the U.S, we tend to think of carnivals as a kind of temporary low-rate amusement park, where we can take a mildly scary ride, eat something fried and maybe visit a spooky funhouse. But in many places, Carnival is Mardi Gras, Fat Tuesday, the day the pious ate the fat in the larder before fasting for Lent. Thinking of this I left the Studio 101 theater wondering just what type carnival ride playwright Diana Amsterdam had taken me on.

The play is like a funhouse that never lets the audience find its balance. It does contain a linear narrative—a simple story about how a young woman deals with a dying friend. However, Kate’s tale is fractured into jagged pieces, leaving the audience to put the puzzle together.

Carnival begins with a devoted wife, Sheila, yammering about the inconsequential to her comatose husband in a hospital intensive care ward. The husband is named Paul; he is the “central figure” referred to in the title. Kate, Paul’s acquaintance from work, comes to visit, bringing her very uncomfortable boyfriend Richard.

Kate wishes to spend a few moments to comfort Paul by gently telling him the truth, that he is dying. She is prevented by all those around in their deep denial. She is also prevented by other segments in the play that cut into this central one. 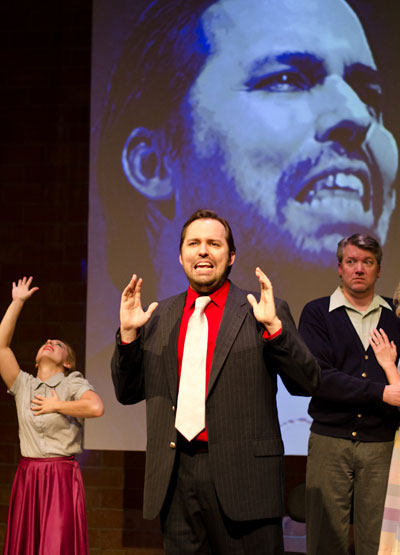 This long scene between Sheila, Kate, Paul, and a nurse runs the course of the Carnival, but it is constantly broken up by jarring shifts to other settings.

A televangelist and his wacky, grotesque backup choir and dancers berate a frightened couple whose 16-year-old daughter is dying. A hospital psychologist gives a lecture on the Survivor, that potential one-in-a-billion patient who is too stupid, conceited, and stubborn to know he, like the rest of humanity, must eventually die.

It took me almost the whole 70 minute play to understand these were flashbacks of Kate’s past, but they seem to be the past distorted in a funhouse mirror maze.

We travel back and forth between ministry broadcast, lecture hall, and deathbed, but each time the ride stops at Kate and Paul, the scene rewinds a few minutes from where it was last abruptly interrupted. The characters then repeat their lines with slight variations. 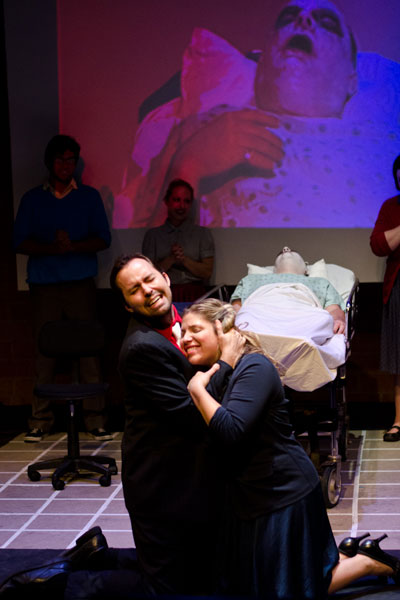 Arianna Bermudez, who plays Kate, maintains the most natural acting throughout the play, while the rest of the cast put on figurative and literal masks, appropriate for Carnival. Under Jennifer Decker’s direction, John Dunn as the preacher and Courtney Lomelo as Maryanne, the hospital psychologist, take their characters into caricatures. Karen Schlag’s Sheila, Matt Benton’s Richard, Lyndsay Sweeney’s Nurse and even Jennifer Wood’s choreography for the choir dancers become more frantic and exaggerated as the play progresses.

These excesses work in this experimental piece of theater, but by the end, I wasn’t sure the production went far enough. The Studio 101 space itself might be the play’s main flaw. Mildred’s stage usually works well for intimate theater that calls for a very thin line between the drama and audience, but for Carnival that line seemed thick. I almost wish Decker had the ability to experiment more with staging. For a play with a main message that death is an inherent part of life, the performance seemed too removed from audience. If we could have been surrounded by the play, in a sense becoming the central figure, we might have gotten closer to the belief that underlays Carnival: carne levare, “farewell to the flesh.”