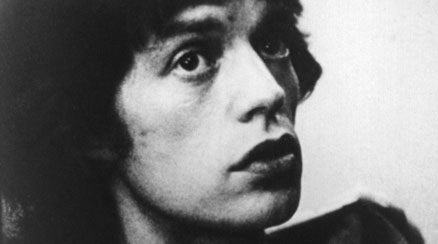 Robert Frank’s Cocksucker Blues is anything but a traditional rock and roll documentary. Frank’s work has been archived and distributed by the MFAH since 1986. In 1972, The Rolling Stones commissioned Frank to document their tour, but the Stones didn’t approve the final cut. It never saw a commercial release, but a few showings a year were permitted, only if Frank was in attendance, a restriction that has been recently relaxed. The near-absence of the film has earned it a cult following.

CS Blues wanders through dressing rooms, private jets, and hotel rooms, where the Stones grapple with the agony of boredom on the road. They pass time shooting, snorting, drinking, and mumbling mostly nothings to the camera. What’s amazing to me is the absence of profundity. Celebrity biography thrives on the expectation of insight. (If Dylan is to be portrayed as weird in Don’t Look Back, he must still be portrayed as a profoundly weird). Frank, thank god, denies us that.

Frank creates a strange and powerful collage of images and feelings: Poor depraved Keith Richards collapsing, almost catatonic, on to the lap of a girl in a dark locker room; the star-struck sadness of girls chasing a brief encounter with fame.

In one scene, practically torn from the pages of The Lord of the Flies, the free love gets dark real quick when the band starts banging on tiny drums, chanting, and presumably encouraging their comrade to rape the groupie, or almost nearly rape the groupie. The Stones too are helpless children.

At times, the sound is awful, but maybe that’s a symptom of the production history. If they had had time to treat it properly, it might not be so bad. There are some ambient screeches and crowd cheers that sound like they’re being played out of a broken amplifier, with only the worst frequencies left on the equalizer. Less rock and roll than nausea.

When notoriety eclipses substance, mythology thrives. We love substance abusers when they live and even more when they die. We need Richards to flirt with death to give his guitar playing purpose. Frank’s film is effective because it ignores catharsis, neither glorifying or casting moral judgement on its subjects – and why would the Stones want a film that does that? I don’t think anybody really wants to see themselves in an honest light. CS Blues lacks the manufactured ecstasy of the carefully curated biography, and that’s a good thing.

-JOSEPH WOZNY
Joseph Wozny is a Houston based writer and musician.