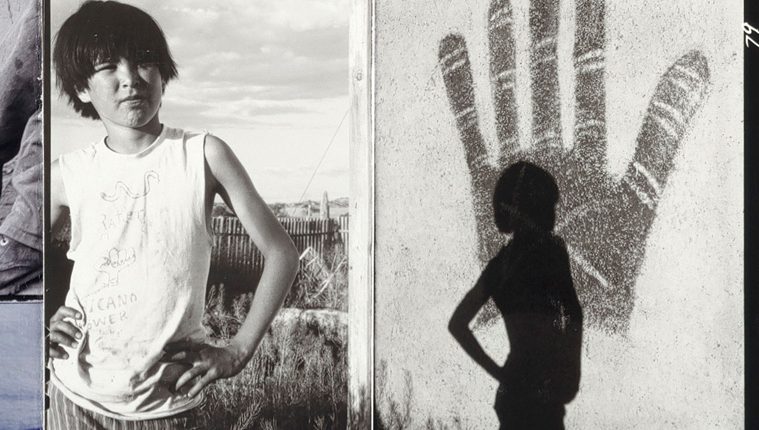 This World Is Not My Home: Danny Lyon Photographs Menil Collection March 30-July 29

This World Is Not My Home: Danny Lyon Photographs

A woman confronts and holds off a rabble of segregationists in Jim Crow-era Atlanta. A biker-gang member’s hair whips in the wind as he glances over his shoulder while racing across the Ohio River. A sweat-soaked prisoner writhes in the back of a pickup truck, seek having collapsed after hours of hard labor under the Texas sun.

Time and again, viewers are thrust into the center of the action in This World Is Not My Home: Danny Lyon Photographs, a mini-survey drawn from the artist’s studio and the Menil Collection’s 246 works by Lyon, an exemplar of the “new realism” movement in photography.

More celebratory than exploratory – the show marks Lyon’s 70th birthday and the 50th anniversary of the first civil rights-era photos that launched his career – the exhibit bears both the appeal and the limitations of what Menil curator Toby Kamps describes as its “lightning tour” approach.

Drawing most of its 54 works from the 1960s, the show spotlights Lyon’s civil-rights photos, which he took as the first staff photographer for the Student Nonviolent Coordinating Committee; iconic images from his book The Bikeriders, which he captured while a member of the Outlaws motorcycle gang; and his sometimes shocking pictures of life inside the Texas prison system. (Believing it had a more humane system of punishment than the rest of the country, the Texas Department of Corrections gave Lyon an astonishing degree of access, leading to disturbing images like Heat Exhaustion, Ramsey Unit.)

It’s wonderful to see Lyon maintain empathy and intimacy with people on the margins, be they transvestites in late 1960s Galveston; drug-hustling teens in 1980s Bushwick, Brooklyn; or, in recent years, the coal miners of Shanxi Province, which he has called “the Appalachia of China.” Fittingly, the show’s most recent pictures were taken at Occupy protests. Ever a 99-percenter, the closest Lyon comes to celebrity portraiture are montages of family and friends, who include such fellow artists as Robert Frank and the counterculture icon Wavy Gravy; and a photo of the Rev. Martin Luther King Jr., who was in the jail cell next to Lyon’s a week after the 20-year-old photographer arrived in Albany, Ga. to join SNCC.

But Lyon’s photo-essay approach demands more depth than a lightning tour can provide. One yearns for more than a fleeting glimpse of those transvestites, teens and coal miners, or of the hero of the heartbreaking montage What Hopes Have Perished with You My Son (In Memory of Johnnie Sanchez). Completed in 1983, the montage features black-and-white childhood and adolescent photos of Sanchez, who died in a car crash in his early 20s, surrounded by color photos of his and other snow-covered gravesites in the small town of Bernalillo, N.M., where Lyon has outlived perhaps too many of his neighbors.

In lieu of a full-blown – and well-deserved – retrospective, I would have preferred the show had sampled fewer series in greater depth and included some of Lyon’s terrific writing, perhaps in an expanded gallery guide like the one that accompanied last year’s Upside Down: Arctic Realities.

Perhaps the Menil, which often presents focused shows highlighting little-known aspects of an artist’s career, will further explore some of Lyon’s less familiar territory in future exhibits. Though its introduction to Lyon’s career is a bit too cursory, This World Is Not My Home whets viewers’ appetites for such a follow-up.