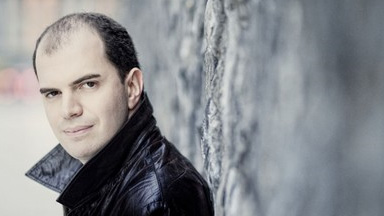 It is a rare occasion when the Houston Symphony invites a single artist to perform in residence for three consecutive classical series concerts. The recent festival of music by Sergei Rachmaninoff, ask dubbed “RachFest, prescription ” called for a special kind of soloist and it should come as no surprise the 32-year-old Russian pianist Kiril Gerstein was the person chosen for the job of presenting four of the most beloved piano concertos in the repertoire.

The most recent recipient of the prestigious Gilmore Artist Award, Gerstein approached the piano with jocular ease as he tackled the audience favorite of Rachmaninoff’s concertos, the “Piano Concerto No.2 in c-minor.”

Although Gerstein delightfully contrasted the piece’s luscious chocolate melodies with robust and rhythmic counterpoint, the highlight of the final concert of the “RachFest” was an unexpected juxtaposition of this grand symphony for piano and orchestra with an encore consisting of the slow movement from Rachmaninoff’s “Sonata for Cello and Piano.”

Joined by Principal Cellist Brinton Averil Smith, Gerstein showed the audience exactly how far his talents extend. His supple and delicate approach to this most intimate of musical expressions made it difficult to believe that the music was being played by the same person. It also made impossible to care about anything that happened after that. I heard there was a performance of the Rachmaninoff’s unruly “Symphony No.3,” but I was still basking in the glory of what had come before it that it seemed as though all too suddenly the audience was applauding and the concert was sadly over.

Here’s hoping the Maestro Gerstein will return to Houston quickly and frequently.