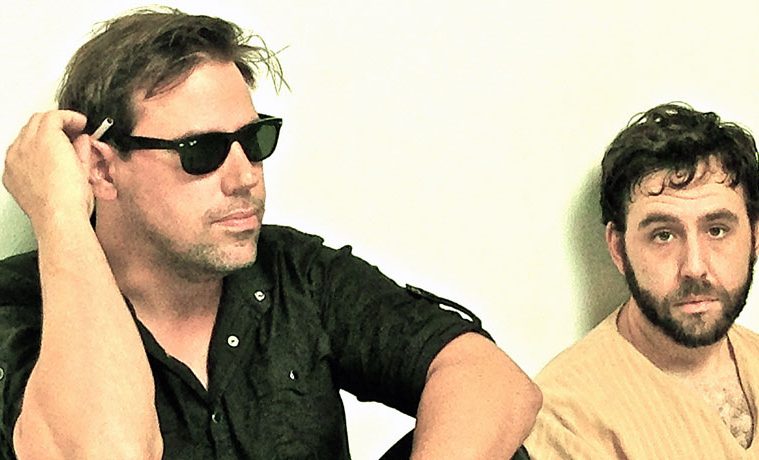 In the Horse Head Theatre Company production of The Aliens, two men of wasted talent, who are likely a little wasted, sit together on the back deck of a cafe discussing nothing. Jasper, played by Drake Simpson, smokes and assures himself he’s fine after being dumped by his girlfriend. KJ, played by Kevin Jones, drinks shroom laced tea and breaks into song at random intervals.

Ten minutes into Obie winning playwright, Annie Baker’s play I thought I knew where all this was going. Nowhere.

Nowhere is not a disparagement. Ever since Waiting for Godot, two guys talking about nothing, while waiting for something, has become a legitimate theatrical plot. Jasper and KJ, however, have moved into such a state of inertia that even waiting for something seems like too much of a hope for a future.

Simpson plays Jasper’s anger at the breakup with his girlfriend, and his breakup with the world in general, as a slow simmer that could boil over any moment. Yet, when he reads aloud passages from Jasper’s rejection-inspired novel, Simpson makes it obvious that there is a depth of potential in the character.

Kevin Jones gives the scattered KJ a sad, sweet soul. When he sings KJ’s original songs he makes what could be nonsense lyrics seem like they carry profound hidden messages from the heart of the play. Working together, the actors give the friendship between these men a solidity, as the only real thing the characters have left to hold onto.

Watching their rambling conversations and the cavernous silences between the sentences, I expected to spend a few hours with these characters and see nothing in their lives change, but Baker’s play defied my expectations with the introduction of Evan, a young cafe worker who, appropriately enough, enters Jasper and KJ’s life on his way to take out the trash. 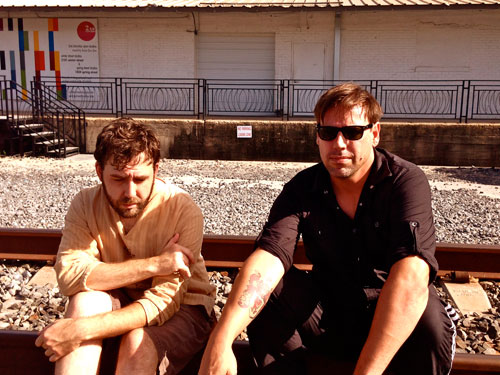 New to the summer job, the high schooler can’t muster even the vaguest air of authority to shoo the loiters away. With every third word an “um,” and every “Whatever” said as a kind of plea to be liked, actor Matt Lents inhabits Evan with a gawkiness that is always endearing instead of irritating. Evan becomes the thing Jasper and KJ didn’t know they were waiting for, and suddenly they’re all ambling somewhere.

The plays begins on July 2nd and by July 4th Jasper and KJ have made Evan the mascot of their nonexistent band, becoming the lonely kid’s best friends. I knew this would all end unhappily, and it does, but not in the way I was expecting. The central character turns out to not be who I predicted it was, and the play’s Absurdest conventions morph into a conventional, poignant story about growing up and moving forward.

Horse Head is known for taking theater out of the theater and staging plays in unconventional places. Performing “The Aliens” in the back parking lot of Boheme’s Cafe &Wine Bar seemed to me somewhat of a genius mistake.

At first, the murmur of voices from Boheme’s outside bar added an authenticity a theater could never achieve. However, opening night sound problems, coupled with Boheme’s patrons and audience members who felt free to walk back and forth from the bar to play while carrying on loudly whispered conversations, proved to be a major distraction.

At the same time, the staging forces the audience to spend a brief time as Jasper and KJ do, languishing amid the trash bins as we listen to the voices of those eating, drinking, and chatting in the bar. Living life on the inside, they probably never know who’s out there, living another life behind them in the night.