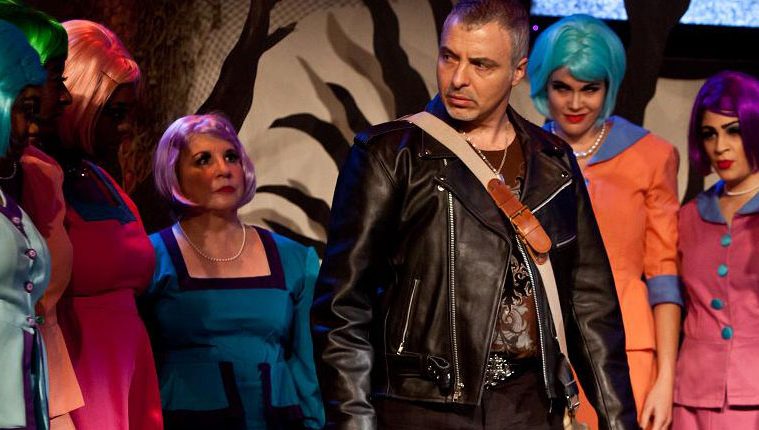 Rosa d’Imperio and Gustavo Ahualli as Lady Macbeth and Macbeth in Opera in the Heights “Macbeth.”
Photo by Amitava Sarkar.

Heavy is the head that wears the crown—especially when you murdered your predecessor. Set in post-apocalyptic Scotland, viagra 40mg Opera in the Heights’ production of Verdi’s Macbeth captures something new in Shakespeare’s classic from neon purple, health lime, and yellow-wigged witches to shopping carts and barbed wire. Pulled off with passion, Macbeth is the strongest production of Oh!’s season so far.

Macbeth is the third of four Shakespeare-inspired operas in Oh!’s season with Verdi’s Falstaff to close the season in April. Moving away from Shakespeare but still maintaining ambition, Verdi’s La Traviata will open Oh!’s 2013-2014 season, followed by works from Donizetti and Mozart’s great Don Giovanni.

As corpses piled up and merry witches donned lab coats to conjure magical brews, this Macbeth became something altogether different. For a tragedy, it was remarkably pleasant.

—SYDNEY BOYD
Sydney Boyd is a violinist and studies English literature and opera at Rice University.