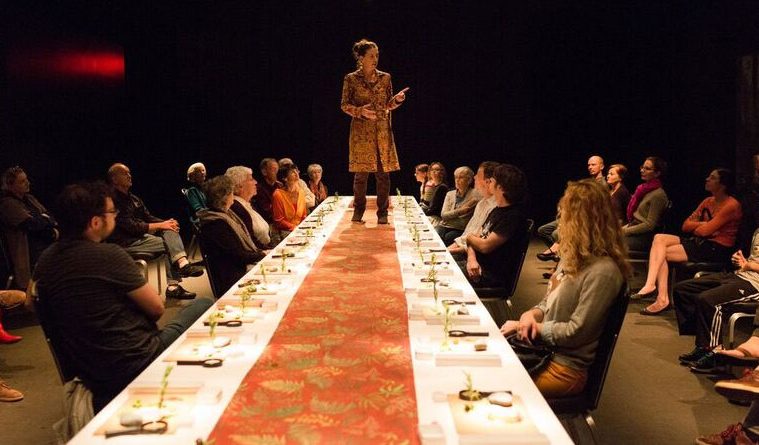 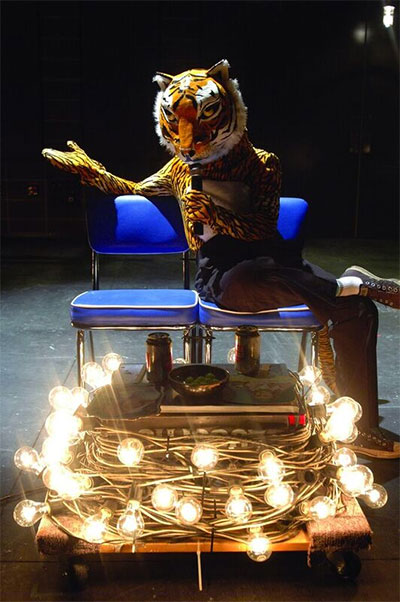 The Tiger in The Method Gun.
Photo by Bret Brookshire.

Whether they’re airily dodging swinging theatrical lights or brawling in the melted cheese of an overflowing gold-plated queso fountain, Austin’s Rude Mechs have some serious (and seriously funny) moves. And those moves have helped the collaborative collective become a nationally renowned theater company, although most Texans have never heard of them. This state of anonymity might be because the Rude Mechs seem always to be creating new work at universities and performing arts festivals or touring across the U.S and abroad, everywhere but Texas. That is, until recently. With recent and upcoming shows in the Lone Star State, Texas is finally getting to know why Austin and much of the rest of the theater-loving world is always in the mood to get a little Rude.

Last year, AT&T Performing Arts Center’s Off Broadway on Flora Series brought the Rude Mechs to Dallas for the first time ever for the Texas premiere of Stop Hitting Yourself, a show that had its world premiere at Lincoln Center. In December, Austin got to take a second look at the recently-completed Now Now Oh Now, a wondrous audience interactive piece about evolved worlds real and imaginary. Next, Austin will get a sneak peek at the Rude Mechs’ latest work-in-progress, Field Guide, at the Fusebox Festival April 7-30. Thanks to Lott Entertainment Presents they head to Houston May 26-28 after a decade’s absence to perform their award-winning show about artistic collaboration, The Method Gun.With all that Texas activity happening, I went to Rude Mechs co-producing artistic director and business manager Lana Lesley, to ask her why the always-on-the-move Mechs were now coming home. 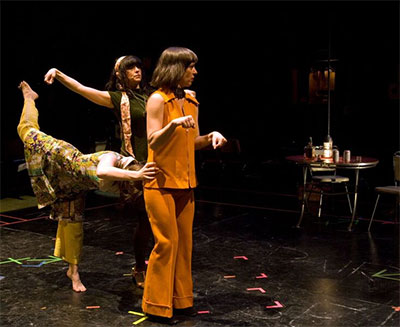 The Rude Mechs’ work has had five off-Broadway premieres, and they’ve performed their shows in San Francisco, Los Angeles, at Yale and Duke Universities, and at festivals across Europe including Austria’s SommerSzene, the Kiasma Festival in Helsinki and the Edinburgh Fringe. So I had to ask Lesley if it was some kind of difference in audiences that keep the Mechs away from Texas venues, besides their own Off Center performance warehouse in Austin. Her answer was that it’s not about audiences, but the oldest of artistic obstacles, money.

“It’s a difference in arts funding availability,” Lesley says. “I think there would be more presenters in Texas if more private foundations existed that would support presenting organizations and if the government, the State of Texas, supported the arts. We would have a lot more opportunities and get a lot more notice in our own state. As it stands, either university presenters or states like Minnesota, California, and Ohio that have great arts funding are the places we’re going to.” And this is where the company has to engage in some offstage financial moves, as every new work requires applying for and winning funding to support it.

The Rude Mechs’ unique creation style is tied closely to that dance between artists, audiences and patron organizations. For the Rude Mechs, the germ of a new project might begin at their annual retreat when they get together to see what each other’s most recent obsessions and interests are, as they begin “digging into each other’s brains.” “We start cobbling together our own personal desires into a project,” describes Lesley. But then instead of writing a script, it’s time to write a grant proposal. 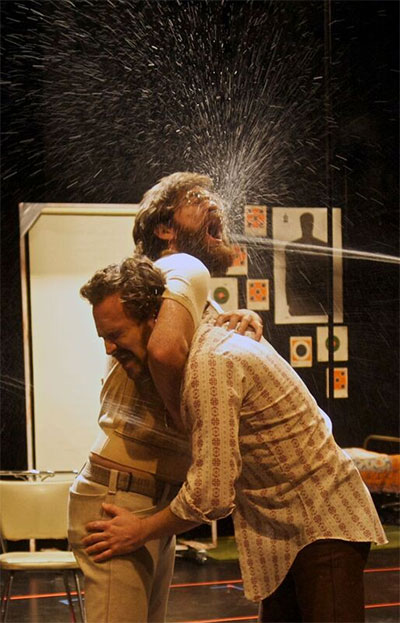 “We’ll use that material that we generated at the retreat to start offering up possibilities for shows. If a show gets funding based on whatever we wrote in the grant, then we’ll start really looking at those ideas, but usually a year has passed and we’ve fallen completely out of love with whatever we were obsessed with before,” she admitted, laughing.

While these fits and starts might seem counter-conducive to the creation of new work, this method sometimes nurtures the production. For example, the still evolving Field Guide is set to tackle some big questions about how to be a good person in this mad world. These ideas sprang from working on Stop Hitting Yourself, their “investigation of altruism and our own hypocrisy around the kind of person we present ourselves to the world to be.”

Lesley explained that while wrestling (physically in the case of the queso brawl) with the story and issues in Stop Hitting Yourself–a play where the rich and powerful compete to see who supports the most fashionably needy charity–they found some of those ideas spilling over into their next work, perhaps a little like melted cheese from a fountain.

“That had some influence in our thinking around Field Guide, about what it means to be a good person and all of the means that are out there about self improvement,” Lesley said. “It’s all very narcissistic and self-absorbed. We’re getting browbeaten about how to improve ourselves, but does that have anything to do with living a good life and being a force for good in the world?”

Lesley is particularly excited about the opening of the MATCH, designed specifically for small to mid-sized performing arts space in Houston. “It opens a door for companies that are our size that create shows that are for smaller, intimate environments. A play like The Method Gun can play in a big auditorium, but it was built for a more intimate experience. A three hundred seat house is more conducive to really getting what we intended for the relationship to the audience.”

Starting this fall, the Rude Mechs celebrate their 20th anniversary as a company and, if they get that grant, they plan on spending some time working on their next piece, Perverse Results, the third in the sort-of trilogy, which Lesley is quick to assert is not a real trilogy, that includes Stop Hitting Yourselfand Field Guide. Twenty seems the perfect age to perfect all those rude moves. Here’s hoping audiences across the state get more chances to play along.