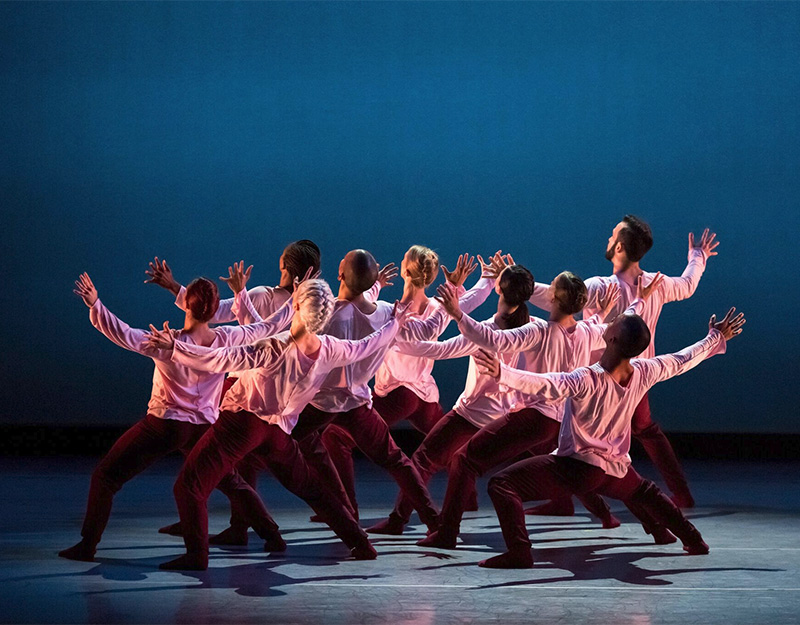 In 2014, three weeks before the world premiere of his new work Touch, pioneering Dallas choreographer Bruce Wood died suddenly. Bereft and without their visionary leader, the dance company he founded, Bruce Wood Dance, had to decide whether to close down or to change and transform.

For almost two decades, one of Texas’s most innovative theater companies, the Rude Mechs, created and performed new works while participating in community outreach from their East Austin performance warehouse, the Off Center. But when their landlords, the University of Texas, raised the rent 300 percent, the Mechs had no option but to leave Center. They did have the choice to give up or journey onward, perhaps reshaping themselves along the way.

After Hurricane Harvey, Mildred’s Umbrella, Houston’s women-centered theater company, had its own fundraising and rent-induced financial stress; and founder and artistic director Jennifer Decker had begun to feel that producing shows was like working on an assembly line, trying to stay ahead of the mounting financial pressures. Whether to bear the load and continue or put it down and evolve Mildred’s into a different, more nimble company became the career-changing question.

A death in the family, the loss of a home, a call to leave a familiar position or job and head out alone are the kinds of dramatic life changes all of us, including artists and companies, are likely face sooner or later. They are often the raw material for great performing art. Most of us would prefer to experience that type of drama onstage, rather than in real life. Yet bad things happen, and artists and arts organizations too have to muddle on and navigate through those great unknowns without the safety of a guiding script, score or choreography.

And sometimes that scary unscripted future calls us to write our own, occasional magnificent, second act.

“Bruce and I were business partners. Our motto was: it’s a process,” describes Gayle Halperin, executive director of Bruce Wood Dance, of her thinking during the horrible aftermath of Wood’s death. “The board, the Wood family, and I felt strongly about keeping Bruce’s legacy alive.”

They got through that dark time by making a choice to change while remembering Wood’s ideals and creative mission.

“We went forward ‘Bruce-style,’ as we called it,” Halperin explains, going on to note, “In his last years Bruce wanted to mentor protégés, cultivate new works by emerging choreographers, and give back to the community. Over the past four years, artistic director Nikaidoh has been dedicated to advancing Wood’s legacy. She curates the programming with great care and commissions new works by like-minded choreographers. She also cultivates choreographers from within.”

While the Rude Mechs were given over a year’s notice they would lose the Off Center, co-artistic director Kirk Lynn said time never lessened that particular blow.

“It keeps hurting. It was so slow and there were so many false hopes that we might save it,” described Lynn of that period of limbo. “The slow pace was awful. It matched the moral decay of those who pushed us out.”

The Mechs, known for their original plays that portray life in all its eccentricities, found temporary studio space in the old Austin American-Statesman warehouse while also, in their unique way, accepting homelessness. They announced a period of exploration they called crushAustin, a series of new work and initiatives they would perform in alternative venues across the city.

“It definitely helped us see our city and our audience and remind ourselves how flexible we and our audiences are,” says Lynn. And the experience has also solidified their resolve to continue in new directions while staying true to their identity.

“The work is lean. A lot of it fits in a suitcase or an app,” Lynn says. “We’re not giving up on a theater, but we’re also not waiting for one. We have to work. The primary tools are minds and bodies and dreams and drugs and early mornings and bad attitudes and a lot of love. We still have piles and piles of those things.”

In contrast, Decker decided to move Mildred’s from their home at Studio 101 near the Houston Heights, and leave a renting partnership with 4th Wall Theatre Company. She made the choice to quit that assembly line, which she imagined as the classic I Love Lucy comedy bit, and commit instead to artistic downsizing to save the creative integrity of Mildred’s, renting occasional space from Classical Theatre, and going from four full productions to two with some smaller projects.

“It will be tremendously productive creatively, because we’ll have time between the productions to really dig into the art and thoughtfully prepare the elements before diving into a new rehearsal calendar,” says Decker.

In their study of these threshold periods of life and career transitions, Rice’s Obodaru and her colleague Herminia Ibarra of London Business School found research by social scientists “suggests a link between liminal states and creative processes, as expressed by Robert Frost’s notion of being ‘lost enough to find oneself.’”

Rebecca French, founder of FrenetiCore multimedia dance theater and the Houston Fringe Festival, is another artist who, when confronted with disruption, in this case from within her nonprofit, decided moving on and changing represented the best choice, one true to her artistic self.

“I left the organization in 2016 when I concluded that the board of directors didn’t support my artistic vision of creating work with high production value, paying dancers competitive wages, and touring,” French describes, looking back at the immense upheaval.

“As the founder, I was informed that I had the option of dismissing the entire board and staff and keeping the non-profit, but I truly wanted to see the Houston Fringe Festival continue. So I chose to walk away, knowing that the festival would continue.”

Continuing to produce new work while championing other artists, but on her own terms, she’s found herself with as many projects as ever and that once frightening, unknown future filled with possibility and freedom.

“There were certain risks that I didn’t feel comfortable taking as the head of my former non-profit because certain stakeholders might not approve,” she described. “Stepping away has allowed me to have complete control over each project that I chose to create. Without having to manage the infrastructure and the people I used to manage, I’m now exploring new opportunities, with fewer restrictions, for my work to be put into the world.”

Renowned Dallas dancer and choreographer Bridget L. Moore, who has performed with Ronald K. Brown’s EVIDENCE: A Dance Company and has created commissioned work for Ailey II, Dallas Black Dance Theatre, Dayton Contemporary Dance Company, Red Clay Dance Company and Bruce Wood Dance/METdance, has already written her own second, third and perhaps even fourth chapter in her creative-life book. Each chapter shares a theme of embracing change. She gave up a safe, set trajectory as a dancer, educator and choreographer in the U.S to take a visiting professor position at Sungkyunkwan University, South Korea, then returned to Dallas to become artist director of Dallas Black Dance Theatre. Now she’s back to creating work as an individual artist.

“I am very fond of butterflies and absolutely adore them because they are constant reminders of transformation,” Moore says. “There are several stages that take place before a caterpillar metamorphosis into a butterfly. The process of iridescent colors form on its beautiful wings, allowing it to fly freely. If any part of the body is clipped, it could delay or prevent its ability to fly. Metaphorically speaking, I see my journey as an artist in the same respect.”

Obodaru and Ibarra argue in their article “Betwixt and between identities: Liminal experience in contemporary careers” that these times of transition can also give us freedom for “identity play,” which “demands and feeds imagination,” requiring those betwixt “to form her own ideas of what is possible for her to become,” and that “such exploration provides a broad and multidimensional foundation for later commitment to an authentic, complex, and ultimately more self-actualized identity.”

Transformation, especially when a change stems from forces beyond one’s control, can be fear-ridden and even devastating, but art and artists that survive sometimes eventually find beauty and inspiration in the struggle to write that next chapter, that second act.

“Change is inevitable and the one constant thing in each of our lives,” says Moore. “In order to continue to evolve as an artist, I understand change as a natural form of progression. My creative voice and artistic choices change with every experience I encounter, whether directly or indirectly.”

“I think change usually gives people a broader perspective of the human condition, while also clarifying what we truly want to create,” says French.

And sometimes in the end, which can also be the new beginning, it helps to hold fast to those core ideals, one’s true identity, even while metamorphosing.

“The original mission and the spirit of the organization is fairly agile,” says Lynn, specifically of the Rude Mechs, but perhaps also for many artists as life happens, pushing them to evolve and then create art, and sometimes themselves, anew. “It’s like a serpent, it can wrap around whatever fruit we find dangling from the tree of life. Our job is to invite people to take a bite.”