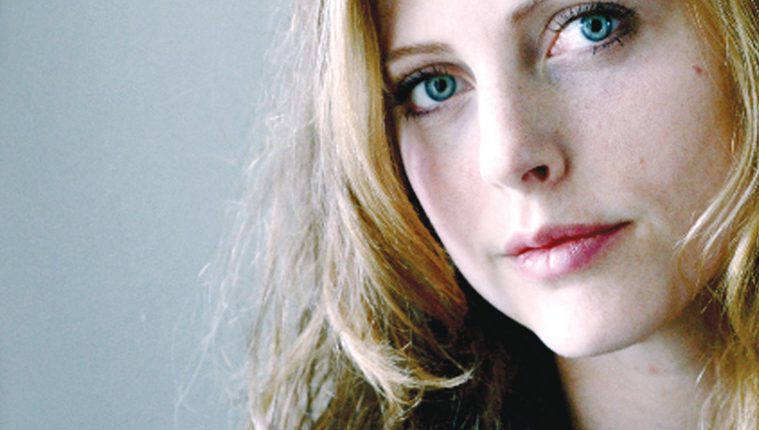 Lacy Johnson on Trespasses: A Memoir

According to Lacy M. Johnson’s bio, she worked as “assistant-manager of a Wal-Mart Vision Center, sold steaks door-to-door, and puppeteered with a traveling children’s museum before earning a PhD from the University of Houston’s Creative Writing Program.” The Houston-based author’s first book, Trespasses, was published by the University of Iowa Press in March 2012.

The memoir is an outgrowth of an essay called “White trash Primer,” which Johnson expanded through a series of interviews she conducted with her family in her childhood home in central Missouri. The book is written in short prose-poem vignettes, sending readers hopping across the rural landscape of her childhood. A + C writer, Nicole Zaza bring us into the territory of Trespasses.

A + C: You say in the introduction, “At a certain point the facts got in the way of truth.” Tell me about how you see memoir functioning as a story telling device.

Lacy Johnson: When I say, “the facts got in the way of the truth,” I mean only that this memoir is not strictly factual. It’s not journalism, after all. I wasn’t present, for example, the day electricity came on at my great-grandparents’ farmhouse. I only know about that story because my grandmother told it to me during the interviews I conducted while I was pregnant with my daughter in 2006. When she told me the story, she didn’t say the electricity came on the same day that she got a letter from my grandfather that included a clipping of the Metcalfe poem, though that did also happen around that same time. She didn’t say what she was wearing, or whether she was carrying a cotton dishtowel in each hand. Those details come from seeing photographs of her taken during this time, and from what I remember other people having told me about my great-grandparents’ home, and from what I remember about spending summers at her house. Other details come from research I conducted about the Rural Electrification Administration. Memoir as a story telling device allows me to make meaning of my grandmother’s experience–to understand the impact of that moment in her life, and on the lives of her future children, and my life, and the lives of my children. I guess I’m talking about using memoir as a vehicle for processing collective memory.

A + C:  I get the sense that you are taking up a portrait of whiteness. Did you feel any trepidation in writing about race?

LJ:  I don’t think it’s accurate to say I am trying to take up “a portrait of whiteness.” I wouldn’t claim to know what being white means to all white people. Instead, I try to portray one particular group of white people living in a very particular, very isolated place. In doing so, yes, I am taking up issues of race and class and gender. I am also taking issue with the way we talk and think about race and class and gender in general, and about “white trash” more specifically.

At one point the manuscript had an epigraph from an interview with John Waters in New York Magazine, in which he said that “white trash” “is the last racist thing you can say and get away with.” I don’t necessarily agree with him—people get away with saying racist things all the time—but it helped me to start thinking about how the relationship between whiteness and so-called “white trash” illuminates at least a few of the problems with how race gets constructed in our culture.

So, no, I didn’t feel any trepidation when it came to talking about that, but I did feel trepidation when it came to talking about racism, which is different. Racism—more than race itself—is an issue about which many people feel trepidation. I don’t want to be a racist, or say racist things. But I also think it’s not enough for me to not-be or not-say. That’s the silence I’m talking about. By writing about racism, which does make me very nervous, I try to acknowledge the ways in which being white has allowed me to participate in, and benefit from, an unjust and oppressive system that privileges some and oppresses others. If I’m taking up a portrait of anything, it’s a portrait of that system.

A+C:  Tell me more about how these issues are playing out in chapters like Rural Route One, Jackson Street and Whitegate Drive.

LJ:  As those chapters relate to these issues, I think they portray a few different versions of what it means to be marginalized as a poor white person—as “white trash.” You know, one of the things that people say a lot in relation to these chapters goes something like: “But these people don’t sound like white trash!” Which I think is exactly my point. Growing up, I never really thought of myself as white trash, and certainly never felt like white trash, and I never thought of anyone in my family as being or acting trashy. But I also knew that what I thought about myself wasn’t consistent with the way people treated me. I think these chapters in particular attempt to document the gap between the way a person sees herself, and the way others see her. Over time, I learned to see myself in both ways.

A+C:  You have 37 footnotes at the back of the book, which has the effect of forcing the reader to choose between flipping back and forth while reading this book or closing an eye to a portion of the narrative. It creates kind of a constant movement in the reader, both physically and mentally. Was this your intention?

LJ: Yes, I was thinking about constant movement. But I was also thinking about layers. There are lots of ways of talking about people and places, and I didn’t want to tell this story in just one way, in one voice. Instead, I wanted to tell stories and at the same time call them into question. To relate an “official” story and at the same time undermine its claim to being official. One reviewer complained that this is a cumbersome construction. That might be a valid critique, but I had no interest in writing an easy book.

I want my readers to think while they’re reading, to argue with me, and question me, and talk back. I want my reader to be engaged with the same issues I struggled with, and which I continue to struggle with. I think the footnotes help to create a certain mimesis in this regard: by either moving constantly or closing an eye to a portion of the narrative, the reader is faced with the same choices I make every day when it comes to engaging with the place I’m from.

A+C:  I didn’t see the epigraph until I was nearly at the end of the book.  Reading the Lord’s Prayer in the context of your book gave me the chills. But I still can’t work out exactly why.

LJ: The Lord’s Prayer always gives me the chills, but I’m guessing it’s for a different reason. There’s a certain way in which that epigraph ties the whole book together in a neat little bow. What it means to “trespass” evolves throughout the book: on the one hand, it’s a synonym for entering a place you don’t belong; on the other hand, it’s a synonym for any wrong you might do to another person.

Prayer, spirituality, religion, faith (they are different things!) are an enormous part of the book—I was raised Southern Baptist—and in the book, I’m critical of the ways in which churches often ruin spirituality with organized religion. I was taught that you just don’t question your faith, you don’t question the leaders of your church, and you certainly don’t question God. But the book does all of those things and more.

The epigraph begs forgiveness for these sins in advance: forgive me for questioning, for confessing, for betraying, for leaving, and for coming back. I’m sorry for writing the book, and I’m also not sorry. I certainly won’t repent. Forgive me for that. “Forgive us our trespasses, as we forgive those who trespass against us.” That’s the line that does it. And look: here they come again: chills.

–NICOLE ZAZA
Nicole Zaza worked as an editor for Gulf Coast and Envy Magazine. She recently graduated with an MFA from the UH Creative Writing Program and completed her first collection of essays. She teaches writing classes in Houston.