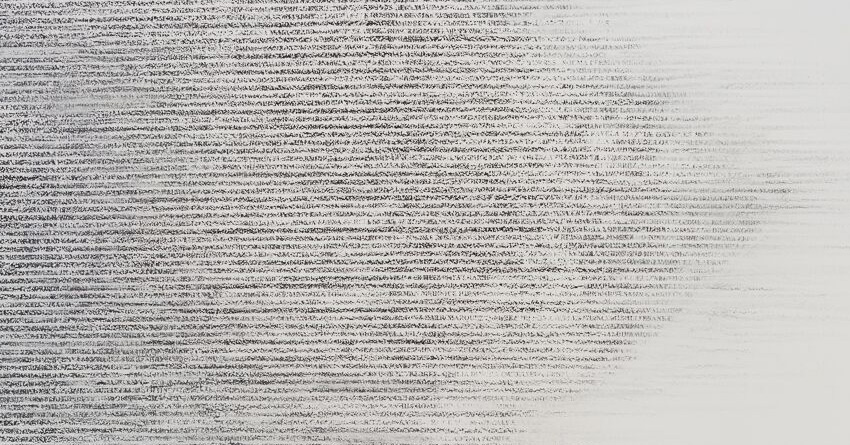 Adriana Corral grew up in El Paso reading newspaper reports about the murders of young, beautiful, vulnerable women who often worked in maquiladoras, or factories, across the border in Juarez, Chihuahua, Mexico. Now as one of Texas’ most acclaimed emerging artists, she has made the Juarez femicides a major focus of her work, drawing attention not just to the crimes against women in Mexico, but around the globe.

“My main interest as an artist is finding the balance between a conceptual framework and the formality of production,” Corral said.  “The concept of my ideas stem from human rights violations, victimized individuals, injustices, and the insult of no reform. In addition to those social and political concerns, many of my works contain a degree of layers leading to a dialogue. Within this dialogue I aspire to bring an awareness of the reality of these tragedies that exist throughout the world to this very day.”

In 2015, Blouin Modern Painters named her one of “18 Artists to Watch” and she received one of the inaugural Joan Mitchell Foundation’s Emerging Artists Grants. She also spent much of the summer and fall in Germany as part of a Berlin Residency sponsored by San Antonio’s Blue Star Contemporary Art Museum. While earning her MFA at the University of Texas in Austin in 2012, she was recognized by the International Sculpture Center for Outstanding Student Achievement and she had a 2014 residency at the MacDowell Colony in Peterborough, New Hampshire.

Currently, she is one of the three 2016 Spring International Artists-In-Residence at Artpace. She’s creating an installation that will once again tackle the issues raised by the Juarez femicides, although this time incorporating the United Nations’ Universal Declaration of Human Rights. She said the new work to be unveiled March 17 is an extension of her solemn, minimalistic “counter-monument” titled Per Legem Terrae (By the Law of the Land) featured in the fall 2014 exhibit “Invasive Species: Landscapes” in Artpace’s Hudson (Show)Room.

Corral compiled lists of the names of women violently slain, which she transferred to the wall, using layering to gradually obliterate the names until they appeared as smudged lines in an altar-like drawing resembling a giant diamond on the wall facing two “reflecting pools” composed of ash created by burning the lists of the victims’ names and reddish-tan earth collected from the border between Juarez and El Paso. The “law of the land” alluded to the government’s failure to fulfill its promise to protect citizens.

“Learning the realities of Femicide/Feminicido has etched in me an emotional yearning to convey a profound message within my work,” she said.  “These complex issues continue to happen and haunt every part of the world. I continued my research in Berlin and it helped to give me a deeper understanding of the global issues involving gender violence. It happens everywhere, not just in Mexico. I am working with soil and ash. Text and language are very important to my work. But I do not want to reveal too much because I want it to be a surprise.”

In 2011 Corral collaborated with a tile company in Dolores Hidalgo, Mexico, to make tile body bag tags with the Juarez victims’ names using soil from the site of the Campo Algodonero (cotton field) murders for an installation at Austin’s Mexic-Arte Museum called Voces de Las Perdidas. Then in a performance art piece, Quebrar el silencio (Break the Silence), she smashed the 451 clay tiles.

“Along with a collected amount of conceptual frameworks and a rigorous input of research, I begin to create mock-ups that often dictate the choice of media,” she said. “I am open to organically being led by other elements and being sensitive to them. I spend time in a space and meditate before deciding what I am going to do. I feel like with each installation I explore more and develop further.”

She said observing the work of her aunt Marti, an anesthesiologist, and her uncle Charlie, a cardiovascular and thoracic surgeon, inspired her passion for human rights. Her aunt was also a painter.

“Having family members in the medical profession allowed me, at times, to observe surgical procedures leaving a strong emotional imprint within me,” Corral said.  “Watching them work so hard to extend the life of the patients was incredible to witness.  The human condition and the cycle of life and death within my work are very much derived from it.”

Corral’s early work focused primarily on abstract painting and drawing, but she turned to sculpture after learning about Eva Hesse. “Her installations and life story resonated heavily with me and that was the catalyst for me creating sculptures and installations,” Corral said. Another important influence was Teresita Fernández. “The experience of learning about her work and conceptual and formal presentations conveyed a balance that I found directly related to the ideas in my own work.”

Along with her partner Vincent Valdez and Ricky Yanas, Corral created work for the Borderland Collective: Northern Triangle exhibit, originally commissioned by Blue Star, that will be on view March 18-April 23 at Chicago’s Threewalls.

“I think my work always will be informed by the Juarez femicides,” she said. “And I feel grateful for the recognition and awards I have received because it reflects the value of my work as an exhibition and educational tool. I think it is important to develop a dialogue between the work and people. My work may not reveal itself easily and I want people to engage and contemplate, perhaps causing them to think seriously about the judicial system and the cause of universal human rights.”