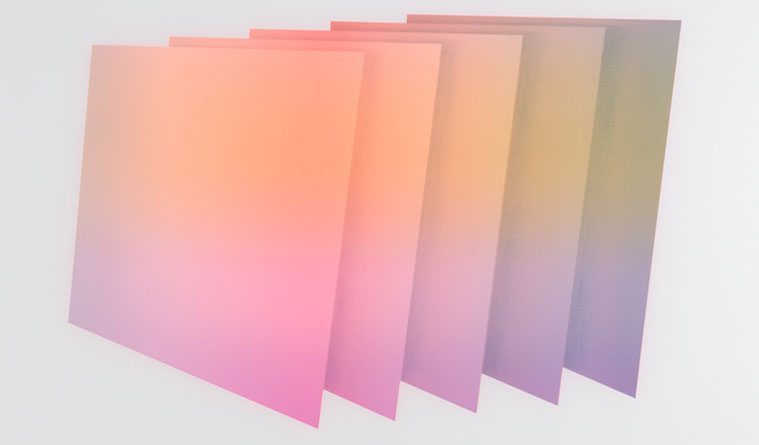 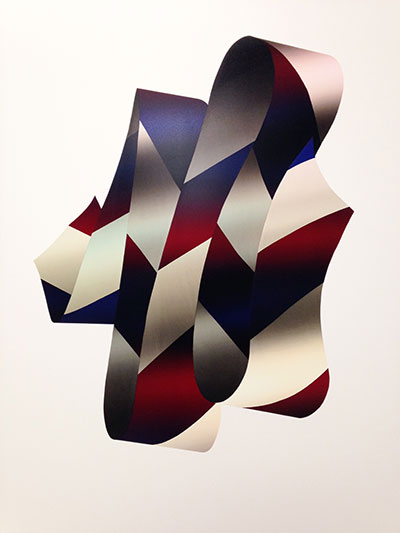 “People ask me all the time why I don’t just make a painting or a digital print,” says screen print artist Jeffrey Dell, “And the answer is simply, that’s not what I do.”

Dell quickly acknowledges the lameness of his response. As an artist, choosing a medium isn’t an easy thing to explain. During his undergraduate studies at Hamline University in St. Paul, he took classes in nearly every medium. Before he discovered screen-printing, Dell was drawn to ceramics. Of course, the screen-printing class his senior year diverted him toward another artistic path— one he’s been traveling ever since. His journey eventually brought him to Texas State University, where he’s been teaching for nearly 15 years, and more recently to Lubbock, where he spent the spring semester, working as the inaugural artist in the Charles Adams Studio Project Artist in Residency Program. All the while, he has been creating new work that will be on display at Art Palace in Houston May 29-July 4.

These days, Dell makes colorful, ribbon-like creations that are colorful and visually magnetic, a fairly recent evolution in Dell’s practice. For a decade he worked on Running Amok, a body of work that was entirely black and white. Much of the imagery consisted of moody cityscapes with a photographic quality, inspired by the landscape of Venice. When he became interested in more proximate landscapes, attempting first to create work on the Texas petroleum industry, it just didn’t work.

“The more I worked in that style the more I found it completely confining,” says Dell. “But to be frank, I think I was afraid of color because I didn’t know how to use it.”

Around the time that Dell became interested in a broader palette, TSU needed someone to teach a color theory class. There’s nothing quite like teaching a subject to learn it yourself, explains Dell. He quickly learned color mixing and gradients, and in a moment of serendipity, he met the woman who would become his wife. “She worked in and perceived colors in ways that were illuminating for me,” says Dell. “When I made the switch to color in my screen printing it was like night and day.”

His early work in color was inspired by a home improvement project, in which he was stripping milk paint off pine only to find layer after layer of color. This made him wonder what would happen if he were to print layers of ink 50 or 100 times and let it build, but keep each layer visible. “The more I worked like that, the color became transparent,” says Dell. “Layers that are almost exclusively transparent. Then you’re just modifying what’s underneath.” 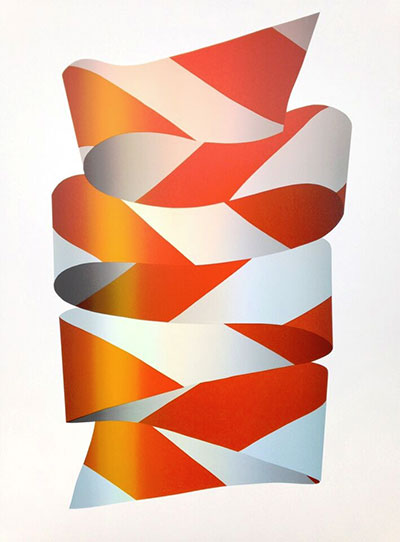 From there, everything was a new and variegated discovery. Three years ago, he became known for a series of desserts, mostly cakes and candies. He’s since left that work for more abstract figurative prints. Much of his current work consists of small scenes he creates with ribbon. What stays true in all of his colorful work is this interest in visual pleasure; his works are still very much eye candy.

“I’m interested in color for its promise of pleasure,” says Dell. “We live in this advertising culture, the whole point of which is to plant a desire or a need that may or may not have existed before. I’m interested in that promise and that expectation that gets built up in the viewers mind.”

In addition to the tantalizing stimulation that he can achieve through color, his new works demonstrate Dell’s ability to create space through screen-printing. His use of gradients, which screen printers call split fountains, cause the viewer to read the image in a photographic way, something Dell thinks is very subconscious and instinctual in the 21st century. But Dell is interested in challenging the viewer’s gaze.

“Those gradients ring the realism bell,” says Dell. “But I can set up certain situations in the work that are going to generate the opposite reaction. I think of it as point/counterpoint. You give them something that points them in one direction and then create something that goes another way.”

In this way, Dell’s work shares a process with screen-print shops, but belongs in a fine art gallery. With each piece, he performs the balancing act between geometric abstraction and something more representational: His work is at once complicated and pleasurable—simplistic, yet heady.

“People fall in love with printmaking because of the process,” says Dell. “I always tell my students that it’s important to have an idea of where you want to go and then the process serve you.”