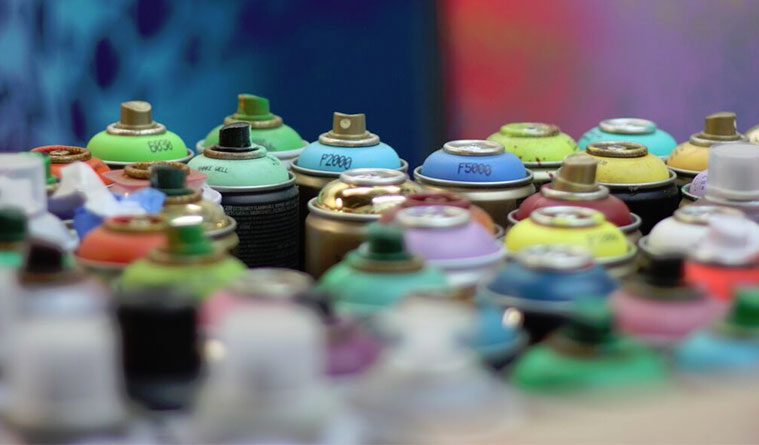 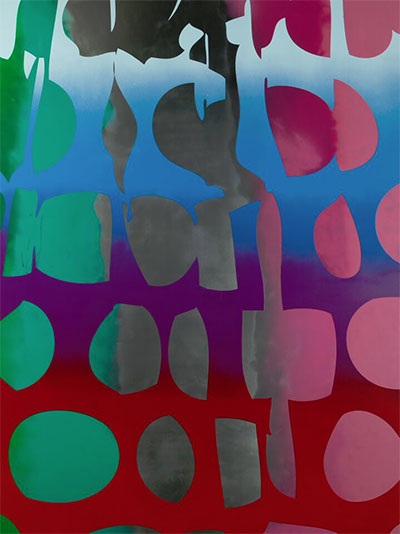 It’s mid-April and Dallas artist Thomas Ezekiel and I are at Bryan Street Tavern in Old East Dallas watching the second round of the NBA Playoffs, Washington Wizards versus Atlanta Hawks. Ezekiel’s hometown Dallas Mavericks have already been eliminated in troubling first-round fashion by The Houston Rockets.

Follow Ezekiel on Instagram @zekewilliams and you will quickly see that painting is not his first love. For him, ball is life. Thanks to generous friends he can usually be found three rows back from the floor at home games, barking “Ball don’t lie” when opponents miss free throws. Painting however, his spray- paintings in particular, have taken top mantle with Ezekiel’s first solo show, really his first exhibition of any work in 14 years, titled after the basketball term “Heat Check,” opening at Dallas’ Erin Cluley Gallery on June 13.

“In basketball, after you make two or three three-pointers, you are allowed to take a shot that is really dumb,” Ezekiel says with a smirk. “Like, from 10 feet behind the three point line. That shot is taken to see if you are still on fire. With a ‘heat check,’ if you make it, it’s the most glorious thing. If you miss it, it’s not that big of a deal. You’re kind of a fool for doing it, but you do it anyway because it’s part of the language of the game.”

Like his dear Mavs, Ezekiel is at a crossroads.

“I’m trying something I probably shouldn’t try for my first solo show,” he chuckles. “I’m making a lot of really big paintings and spending a ton of money. It’s costing thousands and thousands of dollars to make this show. And if nothing sells I have to store a bunch of eight-foot paintings.” 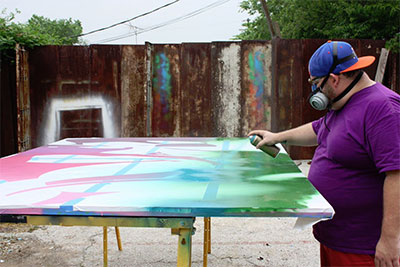 Thomas Ezekiel in his studio. Photo by Krissy Bodge.

This being his first solo show in almost a decade and a half, I chide him that “rookies” usually aren’t allowed heat checks, but he quickly reminds me that even if he hasn’t shown for some time, he is a veteran of the game.

Immersed in the Dallas art world since the age of 16 with twice-a-week Fort Worth Modern visits and a job at the acclaimed Angstrom Gallery at 20, Ezekiel feels like he spent the last 16 years getting an education in what to do and what not to do by assisting friends and artists Mark Flood, Jeff Elrod, John Pomara, and others, and witnessing his colleagues reach critical acclaim for their work and work ethic. While it’s been 14 years since he last showed professionally, he has been making paintings the entire time. Nothing clicked until he revisited an idea he had years earlier concerning fashion dynamics, a field he works in professionally as a developer for a personal styling service. After years of studying, making, and viewing in the DFW art scene, it was mid-last year that he decided to declare his eligibility as a serious painter. 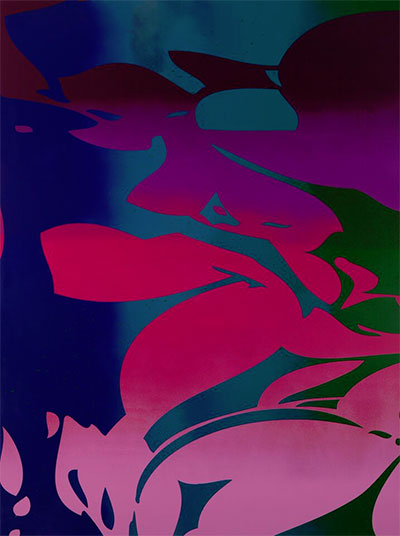 “You have to make great work, but you also have to know people,” he explains. “I have been laying in wait, getting to know everybody.” For his show at Erin Cluley, Ezekiel is showing 6’ x 8’ and 4’ x 5’ paintings dealing with what he calls, “fat-fetish,” the male gaze, and fashion design. But more importantly to him, his paintings are about beauty. Red and purple swashes of color twist and turn on the canvas, reflecting the ways dress patterns fold and crease when worn. He says he enjoys using spray-paint because of its choices and immediacy.

“I got into these graffiti artist spray-paints this year and you get more choices of colors and valve control,” he says while moving his hands like a juggler without his tools. Ezekiel is a self-proclaimed nerd, one who dives head first into his craft, absorbing all the new toys of the trade. He also claims to be interested in grand narratives and his place in the conversation of painting.

“I want to make things that are better than the things that came before,” he says. “The history of printmaking, the interference of the digital in that, I want to talk about clothing, bodies, and at the same time I want to make awesome paintings. They have to be good.” 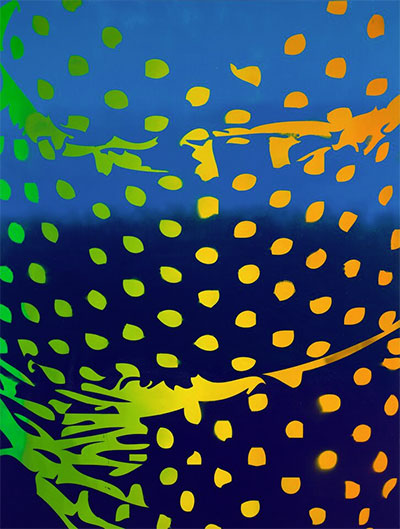 Ezekiel has been making work and letting us know about it for almost a year now on Instagram. “The feedback on Instagram is like cocaine,” he says, adding that making paintings “makes you feel amazing. If it doesn’t then you shouldn’t do it.” Images of completed paintings, inspired by fashion, fetish, and form interrupt selfies from the first row at a Mavericks game. The show in June is Ezekiel checking the temperature of his progress.

Speaking to him, I can tell he desperately wants to declare himself. He is betting on critical dialogue, sales, and collegial feedback to determine the next jump. As ballers do when the hand is hot, Ezekiel is shooting from 10 feet behind the line with this show. There’s reason for him to stay aggressive. He’s already sold work from his new series of paintings in recent months. He secured representation from one of the hottest new galleries in Dallas. Most of all, he believes he won’t miss.