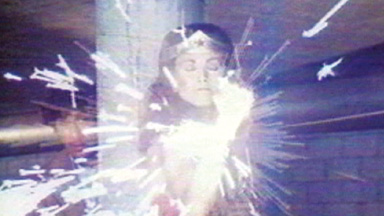 THIS SPRING, THE CONTEMPORARY Arts Museum Houston hosts the nationally touring exhibition “The Deconstructive Impulse: Women Artists Reconfigure the Signs of Power, 1973- 1991” on view until April 15. Helaine Posner, co-curator of the exhibition and chief curator/deputy director for curatorial affairs at the Neuberger Museum of Art, talks to A+C writer Rachel Hooper about her inspiration for the exhibition, the ideas behind it, and why its feminist message continues to be relevant.

A+C: When did you first notice a connection between deconstruction and artwork made by women?

HELAINE POSNER: It was Craig Owens who made this connection in the early 1980s, along with several important women curators and critics, including Kate Linker, Abigail Solomon-Godeau and Griselda Pollock. Co-curator Nancy Princenthal and I thought it would be interesting to examine feminism and deconstructivism as linked critical impulses from the vantage point of nearly thirty years. We attempted to understand the shift in worldview taking place at that time and its implications for our current media saturated culture. We hope this exhibition will both entertain and provide food for thought.

A+C:  So called “high art” is examined through a gendered lens by Sturtevant in her “Warhol Marilyn” (1973) and Louise Lawler’s photographs of galleries and auction houses. Were these women taking a risk by taking a critical position of the art world from which so many of their predecessors had been excluded as women artists?

HELAINE POSNER:  Yes, of course. But the fact is that many of the artists included in “The Deconstructive Impulse” did not have access to the commercial art market, so why not critique that system? A number of the artists have gone on to have successful careers but, for the most part, that occurred more recently and not for all. Part of the reason for organizing this exhibition is to make the contributions of the artists included more widely known and appreciated.

HELAINE POSNER:  Deconstructivism involves taking apart and examining source material generally borrowed from the mass media or popular culture to unveil its codes and reveal the gender, sexual, racial and class-based inequities embedded within. The deconstructive impulse was defined by art critic Craig Owens in his landmark essay of 1983 titled “The Discourse of Others: Feminists and Postmodernism.” Owens coined the term and identified its concerns as “the crossing of the feminist critique of patriarchy and the postmodern critique of representation.”

A+C:  The rise of postmodern theory, such as semiotics and deconstruction, is a parallel story to the exhibition. Although the theory is often criticized for being esoteric, many of the artworks being made at this time were very approachable with references to American popular culture that most people can relate to, such as Dara Birnbaum’s video about Wonder Woman or Barbara Kruger’s photograph featuring Howdy Doody. In a sense, were these women bringing theoretical concerns to a new audience?

HELAINE POSNER:  Postmodern theory initially was expressed in dense critical language, but many of the concepts initially defined in the 1970s are well understood and widely accepted today. Postmodernism challenged the dominance of a singular masculine position, and opened up the discourse to include multiple, often marginalized groups, feminists foremost among them, thereby broadening and enriching the way we understand our world. Postmodernism also acknowledged a link between high art and popular culture, which provided much of its imagery. Artists like Dara Birnbaum and Barbara Kruger appropriated imagery from television and commercial advertising to critique a culture that often exploited or excluded them. It also should be noted that they often did so with considerable wit and humor. How can you ignore the glorious kitsch of the spinning Wonder Woman?

A+C:  Even though much is at stake in the representation of women in media where negative images or perceived limitations can affect a woman’s self image, these women are trying to make us laugh at the situation, perhaps to invert power or control, and in the case of the Guerrilla Girls, it could be argued that their strategy improved the situation for women artists, although we have a long way to go before we achieve equality. In that sense, do you think the feminist message, even of the earliest artworks in the exhibition, still strikes a chord?

HELAINE POSNER:  Absolutely! In 2007 I co-authored a book with the co-curator of “The Deconstructive Impulse,” Nancy Princenthal, and our colleagues Eleanor Heartney and Sue Scott, titled “After the Revolution: Women Who Transformed Contemporary Art.” This book looked at women’s contributions to the visual arts since the 1970s, using Linda Nochlin’s seminal essay “Why Have There Been No Great Women Artists?” of 1971 as our starting point. We included statistics on the percentage of women who have had one-person museum or gallery exhibitions by decade. One would think that the representation of women has equalized over the past 40 years, and that it has improved since the 1970s, but it still hovers at about 20 percent. I think most people are shocked by that statistic! So yes, feminism and feminist art is still relevant today.

A+C:  I love your observation in the exhibition catalog that these artists took pleasure in popular culture even as they critiqued it. Do you think they felt ambivalent about the films, magazines, and television shows that they reference in their work or wanted somehow to redeem them?

HELAINE POSNER:   It often has been noted that the appropriation artists, born in postwar America, were the first generation to grow up on television, magazines, and the movies. Their image bank was drawn from the mass media rather than from fine art. One of the main themes of “The Deconstructive Impulse” is that the critique of popular culture practiced by the women artists included in this exhibition was not gender neutral, as was assumed at the time. These artists were looking closely at gender difference, examining such subjects as femininity as masquerade, commodity fetishism of the 1980s, and exposing and subverting female stereotypes. Cindy Sherman’s untitled films stills of stereotypical female characters from Hollywood B-movies of the 1950s and 60s are enormously seductive, while also constituting an insightful critique of patriarchy. There is visual pleasure for both artist and viewer.

– Rachel Hooper is a PhD student in art history at Rice University.