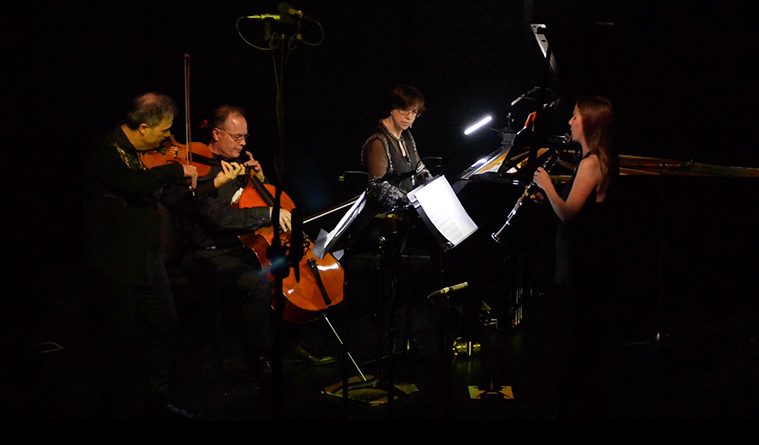 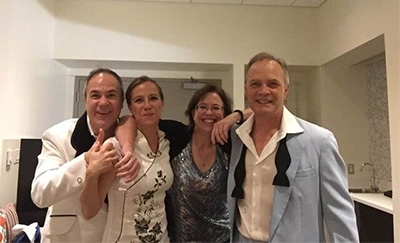 The shift may not have been conscious, violinist Ertan Torgul says, but he sees it clearly. After 20-plus years of performing new music, San Antonio’s Soli Chamber Ensemble is gravitating toward composers who bridge genres —mixing the classical tradition with jazz, rock or whatever else resonates with them. To them, music is music.

“It’s really fantastic that these younger composers are including these idioms in their music,” says Torgul, the San Antonio group’s artistic director. “They’re saying, ‘This is my life. This is what I grew up on. This is what I was influenced by.’ Whether it’s taxi horns in New York or jazz clubs in Pittsburgh, they just bring it. We’ve been attracted to that more and more over the years.”

What does any of this have to do with the Ligurian sun? Soli intended the concerts May 15 and 16 to showcase works it would take to Italy later in the month for its European debut. “We wanted to present to people, ‘This is what the Americans are doing now. This is how they’re seeing their world,’” Torgul says. Because of delays on the Italian side, the group had to push back the big event until May 2018—knock on wood. So the hometown performances will be a well-in-advance trial run.

Uruguay native del Águila is “a well-loved composer in San Antonio,” Torgul says, thanks to the San Antonio Camerata and other groups that have spotlighted him. But Soli, which commissioned del Águila’s new piece, is working with him for its first time. “He has been (in the United States) for a long time, but his musical sensibility is very Latin in a lot of ways—which is something I personally enjoy a lot as a music director,” Torgul says. 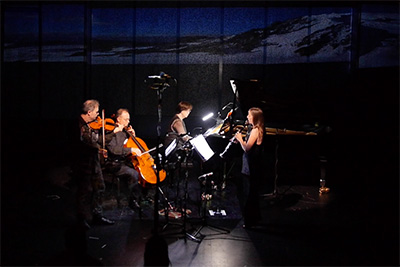 “When I look at pieces, I have to start with something that touches me, and then present it to the group. I love his compositional style, in that he’s very energetic, very rhythmic. He has many polyrhythmic sections in his pieces that … create a feeling like you get from a tango band or a salsa band—that feeling of organized chaos, basically. It’s like you’re in a club, you’re sweating, you’re playing your heart out, and people are just eating it up. That’s how it feels to play. And this piece is an example.”

Disagree is “pretty crazy—in a good way,” Torgul says. It offers del Águila’s take on today’s uproarious politics. Practically as soon as the musicians establish one mood, they make a hairpin turn to a sharply different one. “The idea of the piece is that juxtaposing ideas that don’t seem to fit together—in this case, musical ones—can (ultimately) create a cohesive message. … We’re split groups of people, not agreeing on anything, seemingly talking about completely different things. But we could come together and create something that’s great and energetic and beautiful.”

The program’s other works embrace their own contrasts and diversity. Jalbert’s Street Antiphons plays off sacred music—as evoked by a medieval chant, for instance—and secular. Visconti’s Lonesome Roads conjures up some of the musical styles the United States has spawned, as well as the music of tires zooming along pavement.

Viet Cuong’s Wax and Wire, as Torgul hears it, harks back to the gamelan, the Indonesian percussion group that influenced Claude Debussy. Glissandos create a wavelike gesture that helps animate the piece. And Low Hanging Fruit by Michael Gilbertson — whose Cosmos brought together Houston’s WindSync and River Oaks Chamber Orchestra last fall — creates a vibrant crossplay of rhythms.

Soli is playing most of this for the first time. So the Italian trip’s delay may pay a dividend: The group will have extra time to absorb the music. “It really does become a part of you when you play stuff more and more,” Torgul says. “It’s like with any piece — even the (standard) classical repertoire. … You get into a much more natural flow of the music itself. We start to work on more detailed stuff that we probably didn’t have time for when we were first rehearsing it. We can talk about colors and bow strokes in the strings and how we approach certain stuff. It starts to live more and more.”

In the meantime, plans for next season are taking shape. As its part of San Antonio’s Tricentennial festivities, Soli will reprise Ethan Wickman’s Ballads of Borderland, a cantata it premiered this year based on stories of San Antonio families. The group will launch a young composers contest with a twist: Before judging the winners, Torgul says, Soli will read through the works and discuss them with the budding creative artists. And a new-music open-mic night will let people play any 20th or 21st century piece they want to show off. It’s a followup to a performance in which 40-plus volunteers joined Soli in a performance of minimalist trailblazer Terry Riley’s In C.

“A lot of people are interested in participating, and this will be their chance to shine,” Torgul says. “They can do their own music, they can do already written stuff. That’s really up to them. They could even get up there and improvise. It may be great, it may not great. But that’s the nature of open-mic night.”