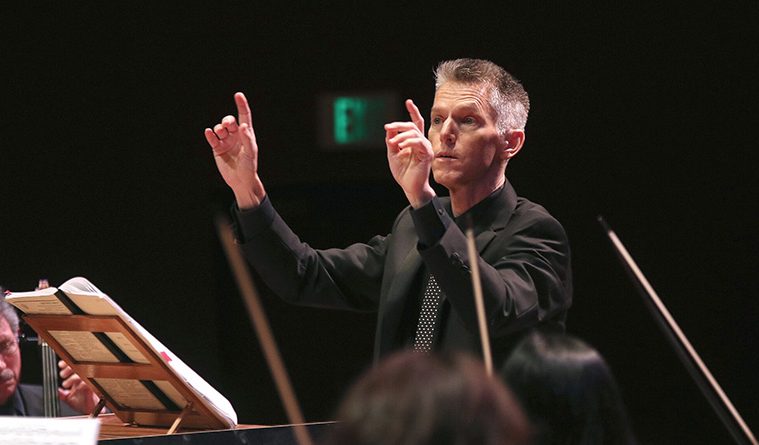 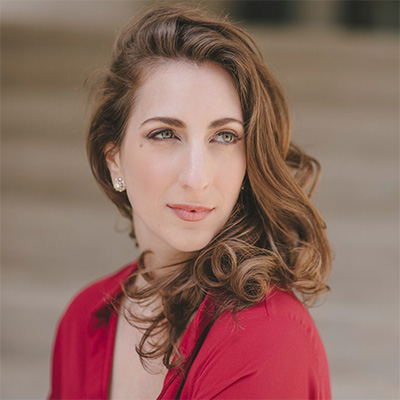 Sophia Selowsky performs in the Ars Lyrica production of Agrippina by G. F. Handel Friday, Nov. 16 & 18 at Zilkha Hall / Hobby Center For The Performing Arts.
Photo courtesy of the artist.

The moment has arrived. This fall, Ars Lyrica Houston is set to power full steam ahead with the production of its first fully staged Baroque opera, George Frideric Handel’s sensational masterpiece Agrippina.

“This is the moment of stepping out for the organization,” says Artistic Director Matthew Dirst. “The opera is the inspiration for the theme of our season, ‘Out of the Box.’ We’ve done some short chamber operas that were semi-staged or dramatized, but we have never done a full-length, fully staged opera.” For a small-to-medium-sized arts organization like Ars Lyrica, a project of this scale can be cost prohibitive. “We needed to raise a significant amount of money for this, and we were able to do that with two successful gala events over the last two years designated for the opera.”

Dirst has gathered an exceptional team for Agrippina, including long-time collaborator and Houston favorite stage director Tara Faircloth. There will be 1920s glamour, and a blending of Art Deco and Rococo visual elements that provides the perfectly appropriate setting for showcasing the political ambition and sexual machinations of the power players in ancient Rome. Faircloth imagines a “Gatsby-era Game of Thrones, with glorious vocal fireworks in place of bloody swordplay.”

Agrippina was one of Handel’s earliest operas and his first big success. It became an immediate sensation, evident in the extraordinary run of 27 consecutive performances in Venice following its premiere. Its namesake Agrippina, sister of Caligula, wife and niece of Claudius, Mother of Nero, is at the center of this convoluted tale of ambition and intrigue. Handel gives Cardinal Grimani’s excellent libretto a darkly comedic spin, delivering an openly dramatic, marvelously appealing opera.

Dirst is eager to take on the challenges of directing his first fully staged opera for Ars Lyrica. He’s had a handful of experiences as opera director while leading the University of Houston Moores School Collegium Musicum over the years. One of the first operas he directed was Peri’s Euridice, well known as the earliest surviving opera. “When you are in the pit, you are not necessarily in charge of everything any more. You have to collaborate with the stage director and the costume and tech designer, but what you gain is all the visual elements and intense drama. There’s a certain amount of surrendering control of the product because you are only one link in the chain.” 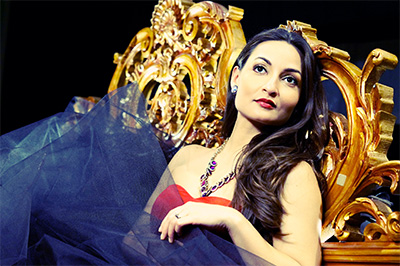 Camille Ortiz performs in the Ars Lyrica production of Agrippina by G. F. Handel Friday, Nov. 16 & 18 at Zilkha Hall / Hobby Center For The Performing Arts.
Photo courtesy of the artist.

Agrippina will get two performances in Zilkha Hall (Nov. 16 and 18).

The other ambitious project next season involves programming all six Bach Brandenburg Concertos. Surprisingly, Ars Lyrica has never performed the entire set, widely acknowledged as some of the best orchestral works of the Baroque era. “Not one of them is easy,” notes Dirst. “They are all virtuosic for certain instruments. They are weird for their time, and in that sense they are very much ‘out of the box’ pieces. No one else was writing quite like this.”

The Six Concertos for Diverse Instruments, composed over a number of years while he served as Kapellmeister at Köthen and even before, were assembled by Bach and presented as a gift to Christian Ludwig, Margrave of Brandenburg. “This is what you did in the 18th century when you wanted a better job,” mused Dirst. The collection as a whole offers the most varied treatment of the Baroque concerto principle imaginable, with their unusual scoring and sheer virtuosity. These works will be performed over 3 different concerts throughout the season, with programs built around the ensemble needed for each particular piece. As usual, Dirst has engaged the most expert soloists from around the country to dazzle the listener, complemented by Ars Lyrica’s strong core orchestra of string and wind players. Guest instrumentalists include leading Baroque violinists Elizabeth Blumenstock, Ingrid Matthews, and Adam LaMotte, Baroque flute specialist Colin St. Martin, Baroque oboist Kathryn Montoya, Dutch recorder virtuoso Paul Leenhouts, and Nathaniel Mayfield on natural trumpet. Dirst will get an intense workout as soloist in the spectacular 5th concerto, with its famously wild harpsichord cadenza.

Other highlights of the season include Claudio Monteverdi’s two collections of songs titled Scherzi Musicali, or “musical jokes,” published in 1607 and 1632. The 1607 collection famously got Monteverdi in a bit of hot water, giving life to one of the most contentious debates in music history—what is the proper role of music vs. text? Monteverdi argued that the shocking dissonances in his music, though in violation of some established rules of counterpoint, were justified by the expressive needs of the text. One could say this revolutionary argument led to the burgeoning of opera, where words are paramount. The music itself is light-hearted in character, a mix of funny, bawdy, scandalous, and pastoral. Soprano Dominique McCormick, mezzo-soprano Cecilia Duarte, and baritone Brian Shircliffe will bring these spirited sets of songs to life.

Though Italian composer Alessandro Stradella left behind only a small corpus of music, his colorful life cut short by a violent death (he was stabbed by hired killers), his known works are flamboyant and dramatic. Ars Lyrica will present one of his most important works, the oratorio San Giovanni Battista, starring soprano Sherezade Panthaki, countertenor Jay Carter, and bass-baritone Sam Handley.

Speaking of ambition, Dirst has set a goal for Ars Lyrica to produce a Baroque opera every two year. Operas take a long time to plan and a lot of money to execute. “Baroque operas may never have the economic weight of standard repertoire,” Dirst acknowledges, “but that means there is opportunity for a small nonprofit like Ars Lyrica to be more instrumental in disseminating this still underrepresented repertoire.”