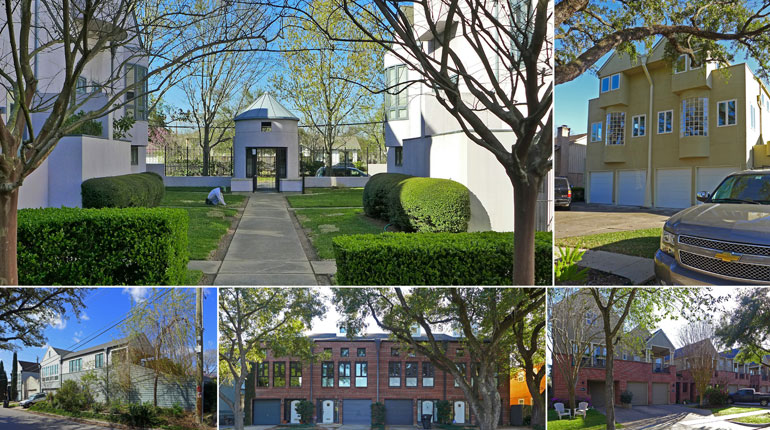 When I think of William F. Stern, whose death on March 1 dealt a blow to Houston’s architecture and arts communities, what distinguishes him from other important architects, teachers and patrons of the arts was the particular tenor of his devotion to the city. That is, Bill, whom I knew for fifteen years, wanted us to consider Houston as a memorable place, not just, as he wrote caustically in 1995 shortly after Houston’s last attempt at instituting a zoning ordinance had failed: “a metropolis that is by now a complex matrix of interrelated sprawl” governed by “a vast, inchoate collection of poorly coordinated development ordinances.”

While many architects focus on exclusively the problems of building, Bill, who came to Houston in 1976, simultaneously labored tirelessly as an agent of change to reform Houston’s unruly built environment. One of the most significant ways in which he did this was in helping to establish Cite magazine, the architecture and design review of Houston, in 1982, and which is still published under the auspices of the Rice Design Alliance. In 1987, when Cite was celebrating its fifth birthday, he recalled, “Houston, the sprawling city that had captured America’s imagination in a love-hate relationship, was perhaps reaching the point where the question was no longer ‘how big?’ but what kind of city this was to be.”

During the course of his tenure as member of the journal’s editorial board he contributed some thirty essays.  Many of these dealt with the nature of urbanism and the importance of trying to introduce comprehensive and rational planning.  In a 1998 interview with then-mayor Lee Brown, he seemed to summarize this project when he asked earnestly: “How do you get the public interested in planning?  How do you get them involved in the idea that what happens now has results down the road, in realizing that unless you plan now, ten years from now you might look around and discover that the city you loved has disappeared and been replaced by a city that you’re not quite as fond of?”

For Bill, it was not acceptable that the physical appearance of the city be determined solely by blind economic calculations.  However, he was in the end, as fellow editorial board member Peter Waldman quipped of him in 1985, a “romantic pragmatist.”  His decades-long quest to reform Houston’s urban fabric bestowed upon him the aspect a sort of tragic hero, or perhaps merely a quixotic one, tilting at the windmills of ruthless development.

By the late 1990s he seemed to have resigned himself to the hope that maybe enlightened individuals would have the ability to substitute for ineffective leadership in city hall.  In 1995 he wrote “The loss of faith in both of the agents of urban salvation, city government and the developer hero, has activated the creative energies of the citizens themselves.” In 1999 he continued on this theme: “The best building and planning in Houston has more often than not come from the commitment of individuals or groups who have held a wide, optimistic view of the city’s potential and a belief in the city as the source for its future.”

Bill’s model, of course, was that of the Dominique and John de Menil—legendary patrons of architecture, art, and urban culture—whose legacy includes the cultural precinct they constructed that was crowned by the exquisite Menil Collection, designed by Italian architect Renzo Piano and completed in 1987.

Almost as soon as he established his independent practice in 1979, Bill began building in fragmentary form the city he wished Houston would be.  Many of his early projects up to mid-1980s when the local banking industry and real estate market collapsed were for multi-unit townhouses and condominiums.  He was aided by the many young developers then competing with each other to hire the best architects to add marketability to their speculative housing projects.  To me these are some of his most significant works because they begin to suggest in physical form the type of responsible urban development for which he advocated in Cite.

These projects which ranged from two units to about twenty units went up in inner city locations then thought to be less than desirable locations for new construction. They were characterized by their modesty, attention to detail, and craftsmanship. Although they were built during the era when post-modernism, an architectural practice that is now generally in disrepute, was in ascendancy, Bill’s meticulous designs somehow seem to defy such stylistic categorization and remain nearly as fresh today as they were thirty years ago.

These buildings responded sympathetically to their context by appropriating the materials and scale of neighboring buildings, all the while injecting significantly higher densities with a seemingly effortless skill.  In their planning they have a clear relation to the street instead of ignoring it and often modulated this transition from public to private with different types of architecturally defined outdoor spaces. The finished housing he designed appeared as natural as the live oaks that frequently shaded them. What struck me as I photographed several of these projects to accompany this article was their remarkable state of preservation. These are clearly buildings people care about.

Bill’s first independent building was the two-unit Colquitt Townhouses built at the corner of Colquitt Street and McDuffie Street in 1981. The new, two-story houses were carefully fitted onto the narrow side and rear yard of a 1930s bungalow already on the property. One house faced Colquitt; the other, McDuffie. The bedrooms were on the first floor, tucked behind the garages and opened to small walled gardens.

A single, loft-like living and dining space occupied the entire second floor. The exterior elevations reflected this arrangement with garage and entry doors on the ground level surmounted by banks of casement windows lighting the living spaces above. The elevations were further articulated by changes in the size of the exterior wood siding, larger clapboards below and smaller, more tightly spaced clapboards above, painted in two shades of gray-green, which alluded to the rusticated base supporting the piano nobile of a Renaissance palazzo.

The two-unit Albans Townhouses, completed in 1982, were built on a property originally intended for one house in the Southampton subdivision just north of Rice University. The division of the two dwelling units, originally painted cerulean blue, contained in the three-story, block-like building was indicated by two peaked gables that connect at a central, over-scaled downspout running to the ground.

Quirky, tubular bay windows flanked by conventional casements light the living area of each unit. According to a 1987 House Beautiful article, Bill said he came up with this arrangement “so the front of the house addresses the street in an interesting way, as did the late-19th-century houses.”  As with the Colquitt Townhouses, there are small walled gardens at the rear, but this time, each was outfitted with a plunge pool.

The Wroxton Road Townhouses, built in West University Place in 1982, were situated on three contiguous 50-foot by 100-foot lots.  There were six units of two different sizes. As Bill told the author of an article in Texas Architect article about the project published in 1984, it was intended to appeal to “the buyer who 15 years ago would have bought a cute little cottage and fixed it up. That’s too expensive now, but the notion of the ‘place where I grew up’ was worked into this traditional design and concept.” As with the Colquitt Townhouses, Bill used a continuous base, this time brick to conform to a zoning requirement, surmounted by wood-clad upper stories. The living areas were on the ground floor and opened to private gardens at the rear of the buildings.

The use of brick was continued with the four-unit Vassar Street Townhouses of 1983. The existing building setback line was maintained, which limited the size of the units, but respected the existing houses on either side and preserved large oaks on the property.  Motifs from his earlier projects reappeared. The living areas on the second floor were distinguished from the visually closed first floor by groups of large casement windows. The separations between units were suggested both by the pattern of openings and also by ceremonial downspouts.

Bill’s most accomplished project in this series was also the last. Arlington Court, an eighteen-unit condominium development was built in Houston Heights in 1985. The project was divided into two groups of two- and three-story buildings with high pitched roofs and rounded bays with a communal green space in between. A 65-foot long pool was inserted at the far end of the axis formed by the garden. The stucco clad buildings were painted a light lavender.  The interiors of the units as with the previous projects were intricately planned with multiple level changes that almost magically increase their perceived size. Although the project was inwardly focused and the garden secured by gates, as Stephen Fox noted in the Houston Architectural Guide, Bill “handled these attributes with such delicacy that the complex does not project a paranoid or forbidding aspect.” In fact, the whimsical, circular gatehouse facing Fourteenth Avenue serves as a de-facto front door for the project and announces that Architecture with a capital A is to be found within this enclave.

These simple projects straddle the line between prototype and individuality and in doing so suggest a strategy of how to cope in an architectural way with Houston’s messy urban condition. The care with which Bill approached the problem of speculative building is a splendid example in the art of city building. And while the oil crash sadly ended this experiment, Bill’s efforts remain for us today as a potent suggestion for a better Houston.