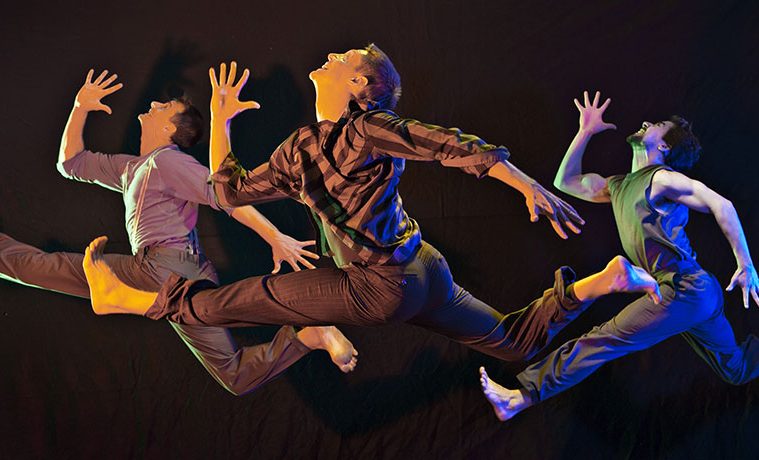 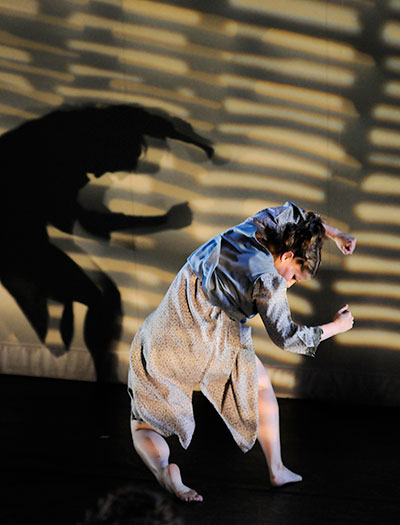 Syria, Afghanistan, Sudan, Iraq: War, terrorism, and the atrocities committed daily by human beings against each other have become so widespread that it is almost impossible to take in. World War II seems a million years ago. Choreographer Carolyn Dorfman was raised by Holocaust survivors. Her mother and aunt escaped annihilation in a prison camp solely because they knew how to knit. And when Dorfman was a little girl, knitting was a pastime that served as a link between generations, a means for story-telling, and it became the inspiration not only for a dance, but for a career as a dancemaker compelled to tell her mother’s stories, and those of Jews everywhere.

The Carolyn Dorfman Dance Company, a 30-year-old modern dance group from New Jersey, is coming to Houston in February as part of Dance Month, presented by the Evelyn Rubenstein Jewish Community Center. The company will spend a busy week in Houston, with a concert on Feb. 9 at 3 p.m. This will be preceded by a free lecture by the director called “Woman to Woman: The Power of the Arts to Transform Lives,” on Feb. 5 at 9:30 a.m., as well as “Backstage Pass,” a family-oriented affair in which the audience participates as both observers and participants in the creation of a dance.  “Backstage Pass” will take place on Feb. 8 at 7 p.m.. In addition, the company will be offering master classes at  HSPVA, HBL8, Lamar High School, University of Houston, Pershing Middle School and Houston Met.

“Carolyn Dorfman has been on my radar for many years,” said Maxine Silberstein, dance director at the JCC. “I thought this season was the right time to present her company. Carolyn is multi-talented. She fits a niche that we have as presenters become known for in Houston: mid-size companies which have not been in Houston. I was interested in her work created from the themes she found important, most notably her Jewish background, and the stories from her family’s past as Holocaust survivors.” 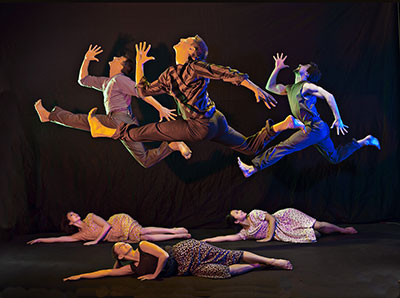 “I have a profound respect for human beings,” Dorfman said, the day after a debut of a new piece during a university residency. It all began as a young dance student in Michigan, studying ballet, jazz and tap, when she had the opportunity to see a performance of Passacaglia, by Doris Humphrey. “I was blown away—by the architecture, the craft, and the humanness of the piece,” she said. In Humphrey’s work, as well as that of Humphrey’s partner, José Limón, Dorfman found work that inspired her to become a dance artist herself. “It was musical, center-driven, breath-phrased. It was human in an organic way.” After earning an MFA in dance from the Tisch School of the Arts at NYU, she decided to become a choreographer. “It was a wise decision,” she said. “I wasn’t a dancer’s dancer. I have to believe in the work I’m in. I really had a point-of-view about the kind and quality of dances I wanted to make.”

Another motivation to start a company was that she believed in treating dancers differently. “I saw dancers in rehearsal being screamed and yelled at. Dancers were just cogs in a wheel,” she recalled. “I wanted to create an environment, a dialogue between dancers and me, a place where we could feel safe to take risks.” 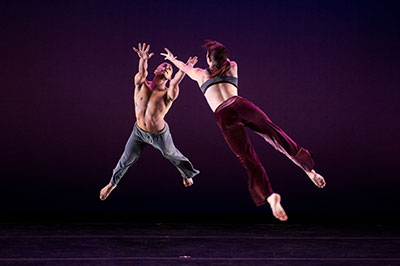 Dorfman is best known for her Legacy project, which is a culmination of two decades of choreographic examination of the human condition using the prism of her own origins as a child of Holocaust survivors. Her method is to collaborate with other artists, whether that means composers, costumers, scenic designers, or other choreographers, which she does regularly. Peter Chu, who recently set a work on Houston’s Metropolitan Dance Company, also created a work for Dorfman’s group, which premiered last March. Another piece, Narcoleptic Lovers, by New York’s  genre-bending choreographer Doug Elkins, has been in the company repertoire for several years, and will be presented at their Houston engagement.

“Narcoleptic Lovers is a lot of fun for our dancers to perform,” she said. “There is hip hop, ballroom, modern, vogueing, capoeira and stage-fighting in the piece, juxtaposed with music you wouldn’t expect. There is a section with a soundtrack comprised of letters to a former lover. It’s a got a very broad vocabulary of both movement and music, which suits our dancers well. It’s a beautiful, dynamic work.” 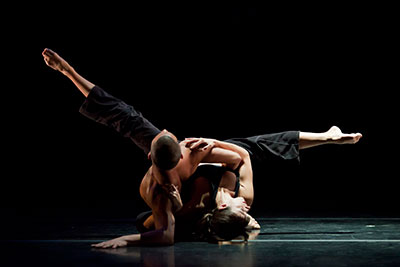 Keystones, also on the program, is about the endurance of relationships. Dorfman, who has been with her husband for 40 years, explores a kind of mutual interdependency about long-lasting relationships. The piece is set to songs performed by Rufus Wainwright and Louis Armstrong. Interior Design, a recent premiere, is a work for ten dancers about dreams and the internal world. “It’s an immersive piece,” she added.

Cat’s Cradle is part of the Legacy Project. The knitting that allowed her mother and aunt to survive internment at a concentration camp serves as a tactile symbol upon which Dorfman built a dance. “They knit for the Germans,” she said, “but years later, they would continue to knit as they told us stories.” Yarn and knitting became a metaphor she used as a starting point for a piece about connection and memory.

Although the Holocaust ended almost 70 years ago, Dorfman says she sees parallels today in the racial tension that exists in this country, in the outcry against bullying in the schools, and in the experience of immigrants today. “I have never had anybody see the work and not be able to connect to his or her own context,” she said.

Dorfman’s dancers represent a variety of ethnic and cultural backgrounds, and this seems to help create a universality to works like Cat’s Cradle, based on her own Jewish heritage. “People connect to humanness.” For first-generation Hispanic students she has worked with in New Jersey schools, the work is very present. “My goal is to create worlds that people enter,” she said. “They get it.”