As Dallas audiences return to the theater following 18 months of the pandemic, their perception of entertainment has likely broadened. Adapting to COVID protocols, socially-distanced staging, and innovative ways to perform during unprecedented times has given everyone—creator and recipient alike—a greater appreciation for new, exciting, and experimental art.

Now in its 7th season, AT&T Performing Arts Center’s Elevator Project is still an excellent launch-pad for the unique. It gives nine small and emerging Dallas-based arts groups performance space on the center’s campus in the Dallas Arts District, along with operational support, ticketing, and marketing assistance. For the 2021-22 season, six productions will be staged in the Studio Theatre located on the 6th floor of the Wyly Theatre, two productions will be outdoors in Strauss Square, and one will be in Hamon Hall in the Winspear Opera House.

David Denson, who founded the Elevator Project in 2014, has returned this year to help execute the season. “What excites me the most, especially coming out of the pandemic, is seeing a lot of these groups return,” he says. “Groups that have already been through the Elevator Project before can now take advantage of it in a different kind of way. They’re not testing the waters anymore, but know how to grow, and are looking for ways to use the venues in new and interesting ways.”

Four of the nine are returnees: Indique Dance Company, Bombshell Dance Project, Soul Rep Theatre Company, and Bandan Koro African Drum and Dance Ensemble. Only one participant, Indique, had to be rescheduled from the 2019-20 season.

­­­
Sangeet Millennium and Art Nomadic’s Clear Light of the Void is the sole 2021 offering, running October 28-30. The multidisciplinary, multi-media, multilingual performance installation travels from the Hindu karmic cycles along the River of Life, contemplates the Sufi narrative of the human soul’s search for union with the divine, and explores the Bardo, “the experience of the human soul during the transition between death and rebirth,” as described in the Tibetan Book of the Dead.

Indique Dance Company’s Maya: The Illusion We Live is also a kaleidoscope of perspectives, where the company is challenging its audience to remove the filters, or “Maya,” that cloud our vision and examine how relationships change our outlook. It runs April 14-16, 2022.

Dance is a major theme for this year’s Elevator Project, exemplified by Bandan Koro African Drum and Dance Ensemble’s Griots: Celebrating a Compilation of Dallas’ Cultural Storytellers of the African Diaspora, June 17-18, 2022. “Griot” is a French word from the 13th century that refers to a class of musicians, poets and dancers of Western Africa who tell stories. This production pays homage to an array of Dallas’ key artistic and cultural storytellers, such as Erykah Badu, Vicki Meek, Michelle Gibson, Baba Hassan, the late Afiah Bey, and Bandon Koro’s own Tony Browne and Nana Kweku.

A different view of the African American community is Verb Kulture’s Rhythm and Rhapsody, an artistic fusion of storytelling and poetic expression through music that reflects past and present issues in America. This tradition was passed down culturally from African storytelling by the oral historians to the “rhythm and blues” of Black America. It runs July 14-16, 2022.

Urban Arts Collective’s Love You Madly: Celebrating the Music of Duke Ellington highlights the glitz and glamour of 1920s New York City at the height of the Harlem Renaissance. But it’s not just a celebration of the era; the entire band will be comprised of Dallas musicians under the direction of jazz band director Dean Hilland. It runs June 2-4, 2022. 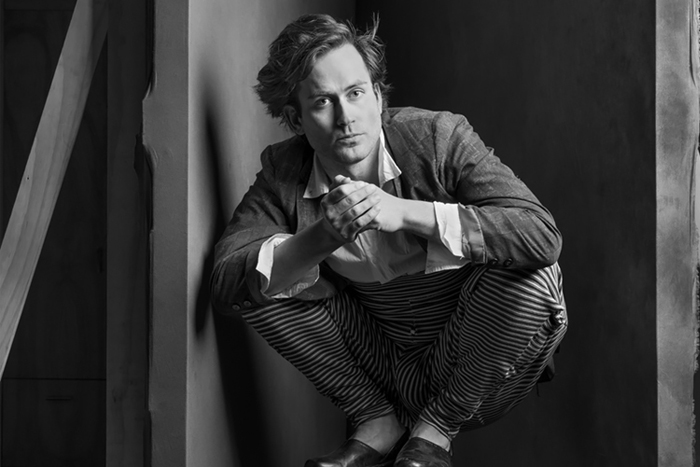 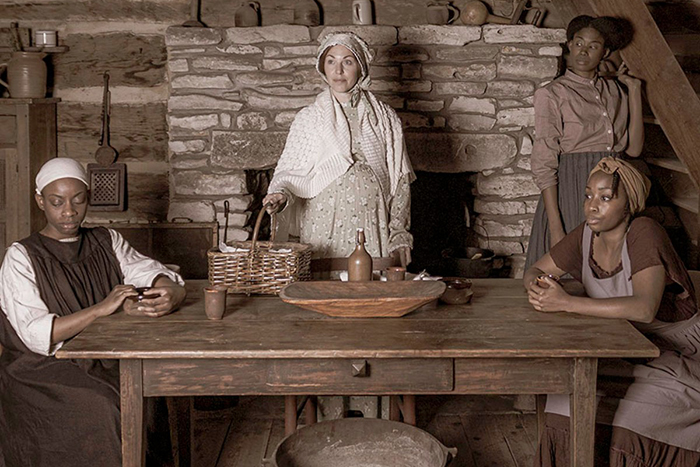 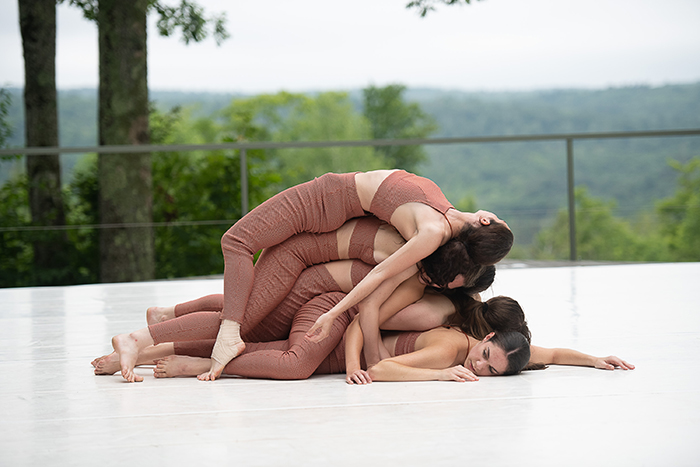 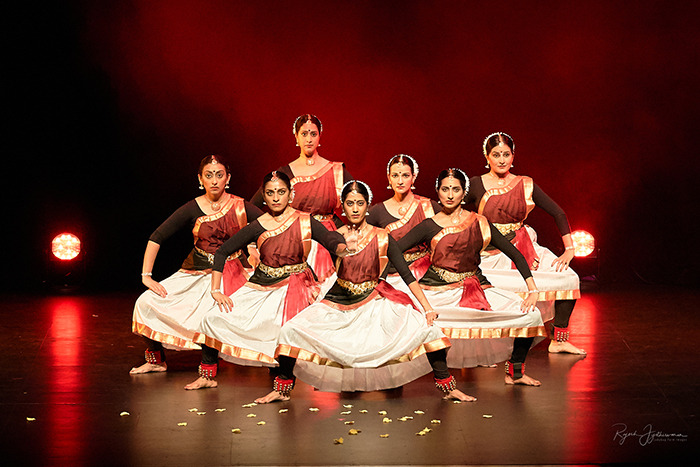 Indique Dance Company. Photo courtesy of the artists.
Janelle Gray’s RAGE is a one-act play that explores the stories of Black women throughout the history of the United States. From the 1842 Cherokee Revolt to the Streetcar Boycotts of 1900-1906 and the continuing injustices of our traumatic present, 10 women help honor the spirit and tenacity of our foremothers while vowing to no longer ignore the voices of Black women. It runs March 31-April 9, 2022.

Soul Rep Theatre Company also provides a necessary voice with Do No Harm, written by Soul Rep co-founder Anyika McMillan-Herod and commissioned by theologian Dr. Evelyn Parker and the Association of Practical Theology. The play tells the story of three enslaved women—Anarcha, Betsey, and Lucy—who were experimented on without anesthesia by Dr. J. Marion Sims, credited as the father of modern gynecology. Do No Harm was originally filmed in November 2020 in a slave cabin at Dallas Heritage Village, making its world premiere as a hybrid play/film for Soul Rep’s recent 25th anniversary season. This time it will be staged live as a traditional play, March 10-19, 2022.

Justin Locklear is anything but traditional—the Ochre House Theatre artistic associate is deconstructing Shakespeare’s The Tempest for Enter Several Strange Shapes, Bringing in a Banquet, running August 4-13, 2022. The genre-bending work—which retains none of The Bard’s characters—plays with elements of dance, theater, performance art, and multi-media to build a world from the original play’s themes and metaphors. 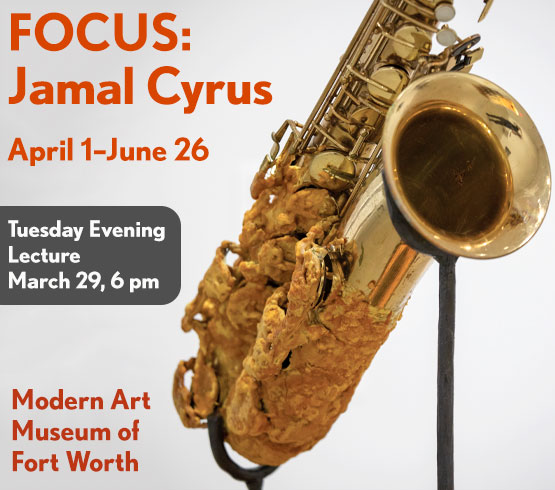 Bombshell Dance Project’s In the Conservatory with the Knife closes out the season August 26-28, 2022. The “Clue”-inspired immersive dance piece encourages audiences to choose for themselves how and when to move throughout the theater, guaranteeing a different experience for each person.

“I’ve always enjoyed watching groups do a couple seasons of the Elevator Project,” says Denson. “What they end up with is so different from what they started with at the beginning of the process. Once people get accustomed to working within the center, they begin to ask more interesting questions and start to imagine more within the system. It’s really revelatory and fascinating to see.”