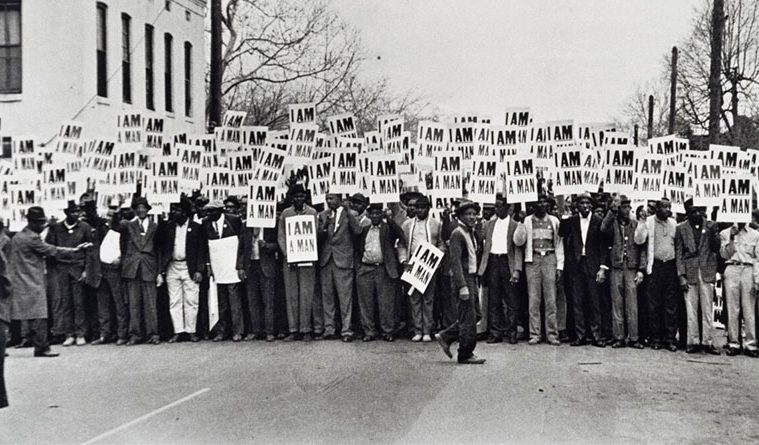 Strong Statements at the MFAH: African American Art from the Museum’s Collection 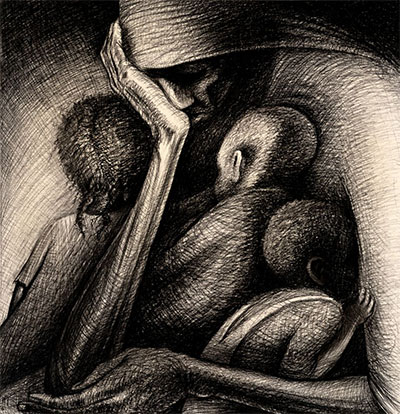 Statements: African American Art from the Museum’s Collection is the overly general and therefore utterly uninformative title of an excellent exhibition now ongoing at the MFAH through September 25, 2016.  Titling is important, because it drums up initial interest in a potential audience.  Some viewers might go to this smallish show if they are already cognizant of the quality of the museum’s African American collection, and some might stumble upon it on their way out of the Turrell tunnel, but some bait stronger than Statements… is what this show deserves, because anyone with even a cursory interest in the history of art, or the underrepresentation of African American artists writ large, or the history of this city (many of the included artists have strong ties to Houston) should go see this show right now.

The curation by Alison de Lima Greene, tells the tumultuous story of the last seventy plus years in African American art, a story that reveals more depth and nuance about our country’s culture and identity than the traditional Greenbergian lineage would have us believe. 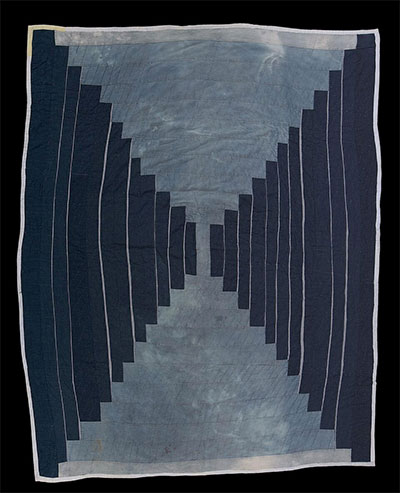 The show is roughly chronological and largely post-war. Many of the works in the first room reveal artists who, like their mid-century peers, were concerned with abstraction and formal experimentation. If abstraction was seen as a universal language, many of the artists included used it to speak to highly personal themes.

Photographer Roy DeCarava’s 1952 Hallway has all the geometric austerity of a Rothko (an apt comparison as DeCarava began his career as a painter), but the velvety blacks and grays reveal a narrow, dimly lit hallway, one that DeCarava is quoted as saying, “was all the hallways I grew up in.” A painting by Felrath Hines in Easter-egg tints practically vibrates with its subtle contrasts, and a quilt by Loretta Pettway (hung painting-style) continues this formalist narrative.  Figurative works by John Biggers (the darkly emotional drawing entitled The Cradle, and his vibrantly joyful depiction of a Ghanaian Harvest festival) act as a contrast.

Intimately displayed photographs by artists and journalists Louise Ozell Martin and Ernest C. Withers provide stark historical context for the civil rights era, but the jarring vacillation between public and personal remains the most powerful aspect of the exhibit. Martin, (who was the only African American and the only female member of the press present at Martin Luther King Jr.’s funeral) focused her lens on the both the stately, guarded casket of the slain leader, and the veiled face of his grieving widow. In the 1980s, Earlie Hudnall Jr.’s photos captured some of the most memorable images of the entire exhibition, shots angled toward downtown Houston’s burgeoning, sleek skyline, from the vantage point of the aging and dilapidated 4th ward. These photos evidence, with jaw-dropping clarity, a vast gulf between wealth and poverty, “progress” and history that is still looming in 2016. 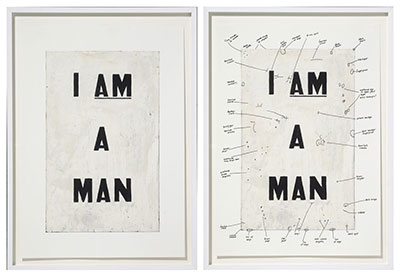 Notions of identity are explored with depth and dark humor by Houstonian Tierney Malone, and with painful urgency by Alison Saar and Lorna Simpson.  A series of prints by Kara Walker is characteristically both beautiful and hideous in its violent, cartoonish imagery.

Perhaps the most surprising piece in this area of the show is by Joyce C Scott, a beaded neck-piece entitled The Sneak, which features “a tableau of six figures engaged in or witness to a scene of domestic abuse.”  Its intricate grotesquery is a testament to the complex blend of love and hatred present in abusive relationships.

The show closes with some postmodern fragmentation, a reminder that artists’ concerns range widely from personal to political. In the case of an artist like Glenn Ligon, whose Condition Report references the earlier documentary photo of the Sanitation Worker’s strike, while recontextualizing it within his own identity as a gay man and contemporary artist, the personal is political. 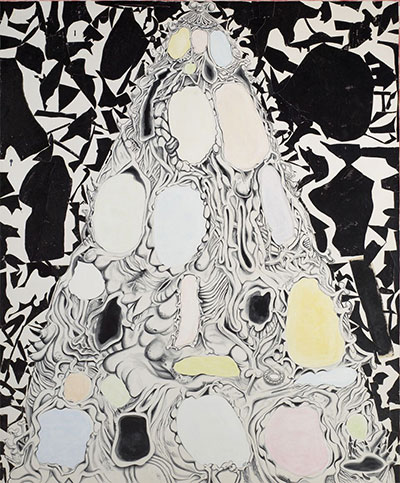 The election of a black president in 2008 may have had pundits throwing around glib terms like “post-racial society,” but the work that wraps up the Statements… show reveals both engagement and ambivalence about the societal structures that necessarily inform art.  As the conversation about race reaches fever pitch with events from Ferguson to Flint, is it the responsibility of artists to enter the fray?  It is likely that answer might be as multivalent as the works presented by this show. The intractable and centuries-deep mark that race has left on this country require both: direct commentary, as in Hank Willis Thomas’ Priceless #1 (a piercing sendup of the ubiquitous Mastercard ad), and proposals for an evolution, as presented by Trenton Doyle Hancock’s Beacon, a new way of being that is layered with disparate parts, but redemptively whole.