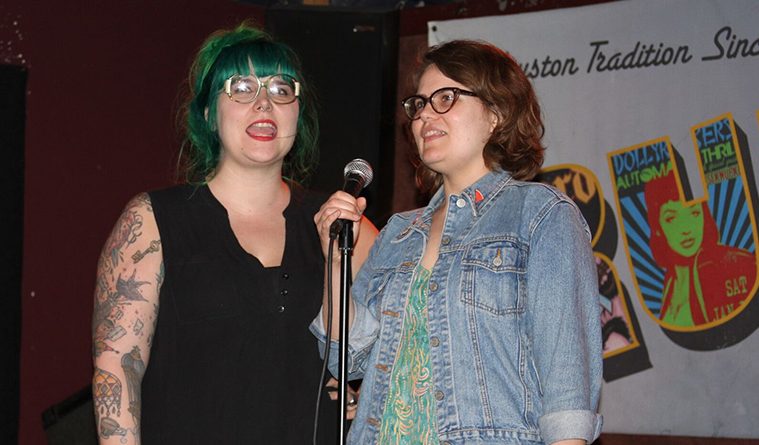 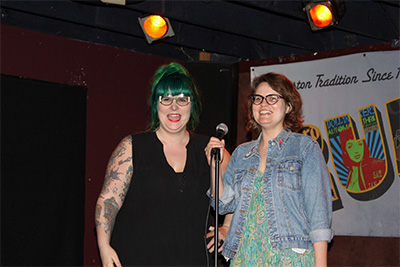 The first time I experienced Houston’s BooTown and their now-famous Grown-up Storytime was in the spring of 2008. The iconoclastic group’s co-artistic director, Emily Hynds, invited me to read a story by an anonymous stranger. She told me I could change the text and have fun with it. Being new to Houston and having no idea what to anticipate, I went with few expectations. That Grown-up Storytime (affectionately called GUST), was held in the upstairs of Rudyard’s, a bar that boasts cheap drinks and punk bands. The crowd was small, and while I cannot recall the story I read, I am sure it was about a night of debauchery. Many of the stories then were. Everyone seemed to be friends, and the jokes were of the inside variety. Despite feeling a bit like an outsider I wanted in. There was something magical happening.

That was Grown-up Storytime 5. This March, BooTown celebrates the 100th iteration of the monthly storytelling event, and “magical” cannot even begin to describe how this little-engine-that-could became one of Houston’s premiere monthly events.

BooTown began in 2007 as “something to do.” A crew of recent college graduates of the University of Houston’s theater program felt as if they had no home. They looked at Houston’s theater scene and felt a gap. They wanted to move away from traditional theater and promote a non-traditional, audience interaction experience. They were also storytellers (playwrights, directors, visual artists) and tinkered with the idea of a live storytelling event. 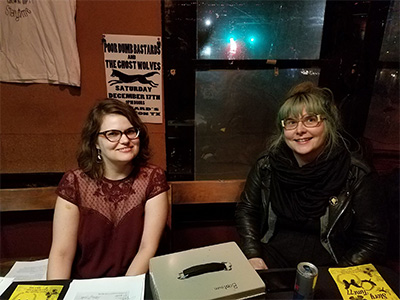 Emily Hynds and Lindsay Burleson get ready for a Grown-Up Storytime at Rudyards pub.

“We knew we wanted to do something monthly with stories,” says Hynds, who still co-helms BooTown a decade later, “but the thought of creating content every month was daunting.” Another member, Timmy Wood, had the idea to solicit stories from the community.

“It was crowdsourcing before that term was even a word,” says co-artistic director Lindsay Burleson, who joined BooTown during that first year. It was also a storytelling event before storytelling events were popular. BooTown has always distanced itself from the reader/writer model; over the years they have found that reading a story and telling a story are quite different. When readers share someone else’s work they are less able to ramble or wax poetic. They stick to the script. Telling a story is a personal adventure; reading a story is a skill in translating someone else’s thoughts, requiring both a talent of the writer and orator. BooTown has tried the “tell your own” story approach and found it easier to hold onto curatorial control when they pick the stories and those who read them. BooTown can direct how the entire evening plays out, something they’ve become very good at.

But that first year was rocky. Two of the core members moved out of Houston for graduate school, the following year another left, and eventually BooTown was only Hynds and Burleson. But they kept GUST going, making conscious choices about story content, readers, and audience.

The early GUST shows were very theatrical. “The readers were all our friends, so they were theater people, and it wasn’t working,” says Hynds. “We needed to get out of our circle of friends and colleagues if GUST was going to get bigger. As soon as we started reaching out to people who weren’t necessarily performers but who we thought might take to it really well, the shows became more diverse and the audience swelled.”

To encourage GUST to become more inclusive, a true storytelling event, BooTown turned its focus to the writing. They began monthly writing workshops, they started paying their writers, and readers are no longer allowed to alter the text. The results have been significant. 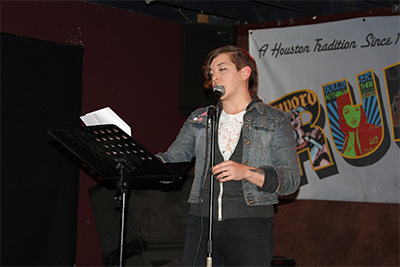 No longer is the audience for a GUST sparsely populated with friends. GUST has grown so large that two years ago BooTown added a second show. Not willing to move out of their home base at Rudyard’s, they changed time slots to include 8 and 10 p.m. readings. The lines are often out the door on Tuesday nights! The stories have matured; on a given Storytime, audiences hear stories on topics ranging from abortion to cyberbullying to embarrassing sexcapades. GUSTs are now popping up in other cities, including LA and Boston. Hynds and Burleson get recognized by strangers for being those “storytime ladies.” “I realized that GUST had taken on a life of its own, one night, when I walked into Rudyard’s and literally did not know one person,” says Burleson.

So how do you celebrate the centennial of a storytelling event? With a huge party, complete with the best stories from the entire ten-year run. On Saturday, March 25, BooTown will host “Grown-up Storytime: The  100th  Celebration” at the downtown venue, The Secret Group. As they expect a large turnout, there will be two complete readings, 7:30 and 9:30 p.m., with different stories and readers for each. In addition to the veteran stories, GUST 100 will feature a pre-show panel with original BooTown members—some flying from LA for the event—as well as a special host that original GUSTers will recall fondly. The readings will be followed by an after party with BooTown merchandise for sale, including books of the “Best Of” stories and some that almost made the cut. 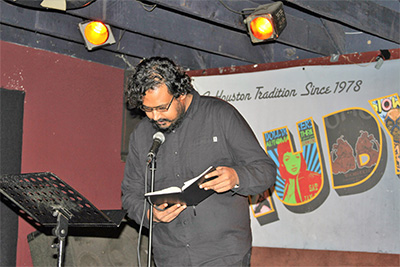 How does a story make it into this grand hall of fame? “A lot of work!” laughs Hynds. The process of selecting the best stories from the past ten years of GUSTs was something of a logistical nightmare. Both Hynds and Burleson had their own approach to the task: Hynds started with writers she liked, then moved on to stories, then readers’ availability, turning the process into something of a tree diagram. Burleson, who is more visual, went back through hours of GUST YouTube videos. BooTown has done a fine job of recording Storytimes of the past six years, but some of the earlier years were more challenging to dig up, requiring her to rely on memory.

As Hynds and Burleson detail the event with enthusiasm, they are also introspective on what the next ten years will hold. The big 100 event is just one night and they stress that the regular monthly GUST will occur as it always does, the third Tuesday of the month at Rudyard’s on March 21. Despite the excitement of a centennial celebration, Hynds and Burleson are pragmatic about the future of BooTown and GUST. No longer fresh out of college, each has a thriving career. Hynds co-owns her own business, a charming vintage clothing shop El Bambi, and Burleson is the Beverage Director of the popular Grand Prize Bar. While they both hope BooTown continues far into the future, they are also realistic.

“It would have been nice to make BooTown our jobs, but it never happened. Yet, we never set out to make money off of this,” says Burleson, “and I think that’s why it’s worked so well.”