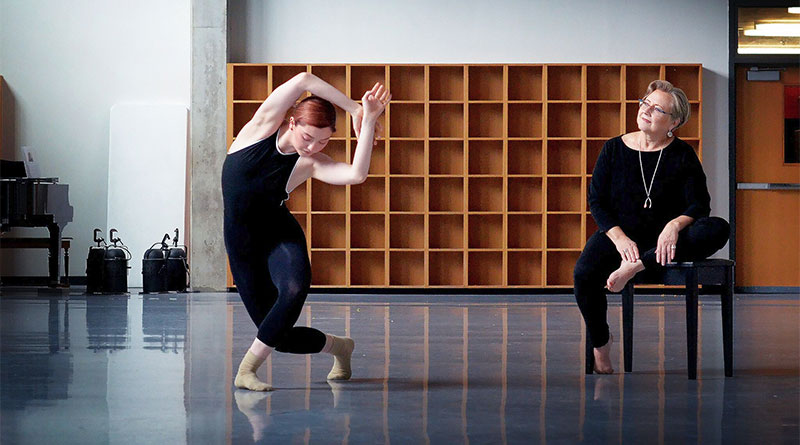 Each June, exuberant photos taken at the Morton H. Meyerson Symphony Center in Dallas, Texas capture the joyous smiles of the Booker T. Washington High School for the Performing and Visual Arts (BTWHSPVA) graduates.  After successfully completing four years of intensive training in the arts and rigorous academic classwork at one of the leading performing and visual arts high schools in the country, the student’s excitement is tangible—you can feel the air prickle with anticipation and elation.

I am proud to say that I am a former member of the dance faculty at Booker T. (an affectionate name given to the school by recent alums). In June 2018, I retired from BTWHSPVA—a privileged position that fed my soul. When school resumes in the fall, I know that I will miss the hugs, boisterous clamor and rhythmic outbursts of spontaneous movement as students dart down the halls on the way to class and rehearsals.

The Dallas Independent School District opened BTWHSPVA on the northern edge of downtown in 1976. When the school’s founder, Dr. Paul Baker, selected the site for the campus, he had no idea that the location would become prime real estate in the heart of the Dallas Arts District.

From 2003-2007, the entire school was temporarily relocated while Booker T.’s historic building was renovated and a new five-story wing added. When we returned home to our new facility in 2007, the Dallas Arts District was booming. It took a year for me to be able to walk down Flora Street without crying for joy. The exhilaration that I felt soaking in the potential of the burgeoning buildings and artists was overwhelming.

The clever TITAS Co-Founder, Tom Adams, concocted a powerful marketing tool for the school. He deemed BTWHSPVA “the cradle of the Dallas Arts District.”

And, just like the often-quoted line from Field of Dreams—“If you build it, he will come”—aspiring young artists come to the Dallas Arts District to audition for BTWHSPVA in droves. In the past ten years, the school’s enrollment has increased from 650 to 1,000 students. The number of dancers has doubled.

Thanks to the outstanding training provided by area dance studios and schools, the skill level of incoming BTWHSPVA dancers has grown steadily. The Booker T. dance faculty eagerly amplify the students’ technique and foster the development of their artistry.

My favorite week of the year is also one of the most nerve wracking. Each November, faculty representatives from colleges and conservatories across the nation come to campus to recruit prospective students. After three grueling days during which the students are put through their paces, college representatives indicate if the candidates will be accepted into their programs. Quite often, the representatives offer the students scholarships on the spot.

In 2016, an unprecedented five male dancers from Booker T. were accepted to The Juilliard School, which admits only ten males each year. This past spring, a class of 53 dancers was awarded in excess of five million dollars in scholarship offers.

News of the graduates’ accomplishments is always gratifying and inspiring. Fall 2017 was kicked off by Stephanie Troyak’s announcement that she was leaving Batsheva Dance Company to accept a position with Tanztheater Wuppertal Pina Bausch. Omar Rivéra (2018 graduate of The University of Arizona) elatedly shared that he is set to debut with Ballet Hispánico next season. In May, Antuan Byers had us beaming from ear to ear because, following graduation from Fordham University, he joined Ailey II and began his professional career without any college debt—quite a feat in today’s world of soaring college expenses.

This spring, all four Booker T. dance alums graduating from The Juilliard School (BTWHSPVA class of 2014) were offered professional contracts. The L. A. Dance Project announced that Madison Hicks would be joining their company for their 2018-2019 Season. Alysia Johnson also heads west where she will be performing with Hubbard Street Dance Chicago. Mason Manning travels across the pond for his first contract in Germany. And, My’kal Stromile, one of the newest members of Boston Ballet was recently cast in the reconstruction of Bruce Wood’s Symphonic Dances. Stromile had an advantage—he danced professionally with the Bruce Wood Dance Project while a student at BTWHSPVA and The Juilliard School.

The ingenuity and tenacity of Booker T. grads never ceases to amaze me. We have just cause for proclaiming them “creative revolutionaries.” BTWHSPVA graduates have the potential of making significant contributions to the cultural fabric of our society as reflected by their proven professional employment in dance companies, musical theater, educational institutions, commercial dance enterprises and allied fields.

However, recent studies examining the soaring costs of college tuition and the bleak outlook for future jobs in the arts are disconcerting. In this competitive, job-to-job economy it’s becoming increasingly difficult for individuals to secure gainful employment and live sustainable lives working solely in the arts. BTWHSPVA graduates and others in the industry often find themselves reinventing their careers to make their mark.

I leave Booker T. confident that the faculty, parents, administration and patrons have done their best to prepare the students for a professional career in the arts. My ardent wish is that these aspiring young students achieve their dreams—all of our lives will be enriched.