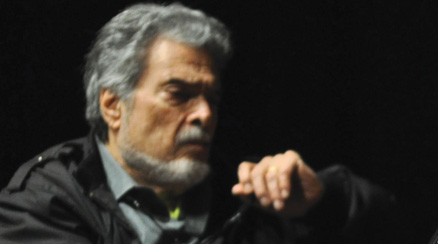 Tamás Ungár is a man on a mission. The Texas Christian University professor is adamant that TCU be known as the nexus of fine piano playing and piano music. His PianoTexas International Academy & Festival opens its 2012 season on June 7, unhealthy 30 years after Ungár started the acclaimed program.

Ungár arrived at TCU in 1978 as a member of the piano faculty. The year before, no rx TCU hosted the 1977 Van Cliburn International Piano Competition but Ungár noticed that the documentary about the competition failed to even mention TCU, one of the founders of the competition. Deciding that the school was not getting it’s proper educational rewards for hosting, he set his sights on changing that perspective when the competition returned in 1981. His solution was to piggyback a piano festival at the conclusion of the Cliburn Competition and invite the distinguished members of the jury to stick around for a couple of weeks for master classes.

Some of the most famous pianists on that jury accepted Ungár’s invitation and, in 1981, the festival was launched. “Leon Fleisher took the lead, he has been with the festival ever since, but we also Lili Kraus and Jorge Bolet on that first faculty,” said Ungár in a recent phone interview. “We had such a wonderful time that four years later, after the next Cliburn, we did it again.”

The music has flowed ever since.

In 1989, Ungár established the festival on a yearly basis. In 1990, he asked the faculty pianists to give recitals in addition to the master classes. In 1991, he included concerti by inviting the Fort Worth Symphony to join. In 1992, he started a separate program for piano teachers. In 1996, he established a separate track for gifted amateur players. The Cliburn Foundation was to follow his lead on this in 1999 when they held the First International Piano Competition for Outstanding Amateurs.

“Last summer, we took on the gigantic project of having our distinguished guests play all 32 Beethoven piano sonatas in a series of recitals. What was really amazing about that was to hear how differently and individualistically they all approached Beethoven’s music,” Ungár said. “Our audience responded very positively. So, this year we are featuring the music of Franz Schubert.”

The guest artists playing recitals this summer reads like a who’s who of pianists: Paul Badura-Skoda, Inon Barnatan, Akiko Ebi, Simone Pedroni, and Yeuleum Son. Each will present a major work by Schubert as part of their program. A concert with Leon Fleisher and Katherine Jacobson Fleisher will feature works for four hands. Pianists Harold Martina and Ungár himself, joined by violinist Arkady Fomin, and cellist Jesús Castro-Balbi, cello will perform the complete piano trios. A concerto competition will allow four students to play a concerto with the Fort Worth Symphony with two conductors sharing the podium, FWSO Music Director Miguel Harth-Bedoya and pianist/conductor Leon Fleisher.

The students come from all over the world. They have to “audition” by sending in a video recording of their playing. “We can only accommodate 24 students in order to assure that they get to work intensively with the faculty. We sort through all of the videos that arrive and pick the very best to attend. But, I must say that it gets harder every year to pick those 24. The level of playing is just phenomenal these days,” said Ungár.

On Unger’s wish list is a grant to have a resident composer who is also a pianist. “We would commission a new work and it would be the focus of study that summer. We can’t ask Schubert any questions about his thinking when writing his music, but we could if the composer is right there.”

Also, he would like to add the relatively new category of collaborative pianists. This specialization has always been around, they used to be called accompanists, but musicians have always known that they are an equal partner. “Many times, the piano part in a violin sonata is every bit as difficult as the solo part — sometimes even more challenging,” said Ungár. “We need to keep this festival up to date.”

A full schedule of events and performers is available at www.pianotexas.org.