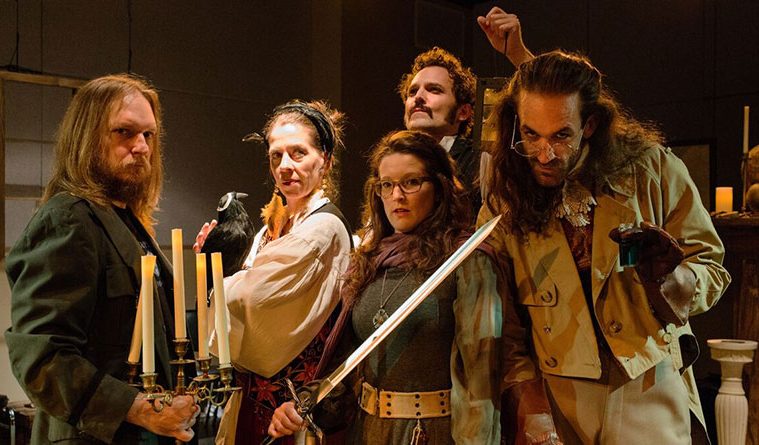 AUSTIN—Rude Mechs presents the Austin premiere of Now Now Oh Now, an interactive play inspired by evolutionary biology, the Brontës, and LARP communities, Dec. 3-19 at the Off Center.

more about Rude Mechs on A+C 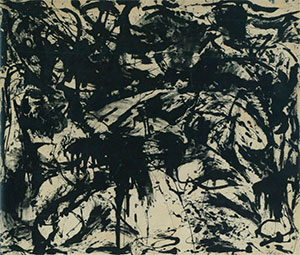 DALLAS—You may think you know Jackson Pollock but if Gavin Delahunty and the Dallas Museum of Art are right, you’re wrong. The DMA’s Delahunty has assembled the largest grouping of Pollock’s “Black Paintings” for Jackson Pollock: Blind Spots, which will be on view at the museum through March 20. The paintings, many of which are rarely seen, show Pollock in experimental transition as he turned a corner into new artistic territory before his early and tragic death. 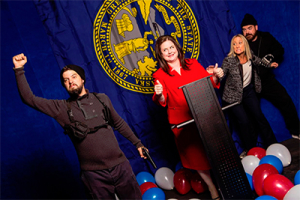 DALLAS—Kitchen Dog Theater presents Peter Sinn Nachtrieb’s dark political satire The Totalitarians which takes the audience to a fictional Nebraska of all places, through Dec. 19 at The Green Zone. 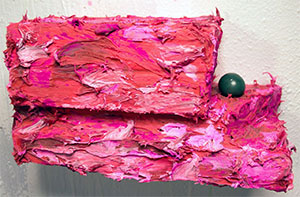 SAN ANTONIO—If abstraction began as a rejection of representation in favor of a focus on pure form, we’ve come a long way since its philosophical inception; today abstraction is far more charged, both conceptually and politically. Curator Octavio Avendaño Trujillo explores that idea in Why is the Sky Blue?  A group show on view at Ruiz-Healy Art through Feb. 13. Featuring the work of twelve artists from the United States, Mexico and Argentina, Why is the Sky Blue?  features work which although abstract in nature, is translatable, challenging the viewer in numerous ways, from “the poetic to the political.” 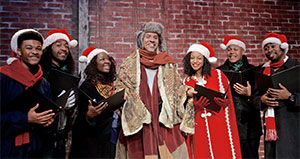 FORT WORTH—Jubilee Theatre presents Do You Hear What I Hear? A Jubilee Christmas, written and directed by Akiń Babatundé, through Dec. 27. 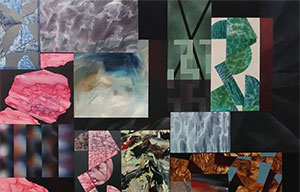 HOUSTON—Former Core Fellow and Galveston Artist Resident Hilary Wilder blurs the boundaries between landscape, trompe l’oeil and abstraction in her newest exhibition at Devin Borden Gallery, A Lake Turned Inside Out, through Jan. 5, 2016. Her work will also be featured in Island Time: Galveston ArtistResidency.

more about the Arts in Galveston on A+C 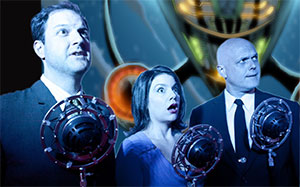 Photo courtesy of the artists. 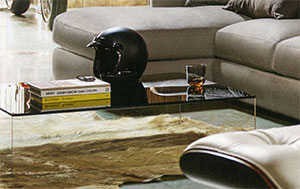 #3:  Turn Your Face Towards the Sun at Blue Star Contemporary

SAN ANTONIO—Turn Your Face Towards the Sun unites work by San Antonio’s Charlie Morris and Austin’s Liz Rodda at Blue Star Contemporary through Feb. 7. The two artists work in different mediums to explore different themes and ideas but their practice finds common ground in a 21st century understanding of found content as they each explore what contemporary assemblage work can be.

IMAGE:  Liz Rodda, Turn Your Face Toward the Sun, 2015, Video with sound, six and a half minutes. 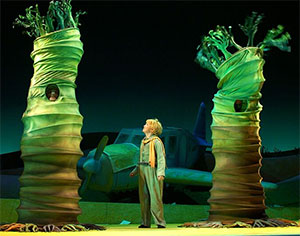 IMAGE:  Jeffrey Allison in the Houston Grand Opera production of The Little Prince. 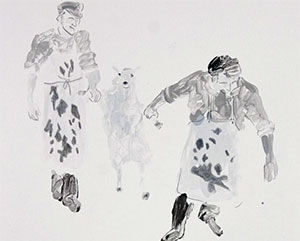 DALLAS—Michael Corris’ Emblems is part political art part art-historical reference part humorous send-up of the art world and part documentation of travel and interests, and is on view at Liliana Bloch Gallery through Dec. 23. The show is an occasionally-heady but always enlightening glimpse into the mind of the Dallas-based artist. Corris, who teaches at Southern Methodist University, may reject labels, having explored numerous ways of making art in his career, but it’s hard to deny the conceptual nature of his work. For Corris the idea and the dialogue surrounding it are inextricably part of the art object. In Emblems he explores a wide-ranging series of ideas he equalizes through the use of a simplistic color palette on paper; drawing attention in the process to the work’s extended sub-titles and their role in the viewer’s interpretation of the pieces.

IMAGE:  Michael Corris, Emblem: To the Abattoir. What’s the difference to the hapless lamb between a meaningless pattern and a meaningful detail? 2015 Acrylic on paper 29 3/8 x 21 ¼ inches