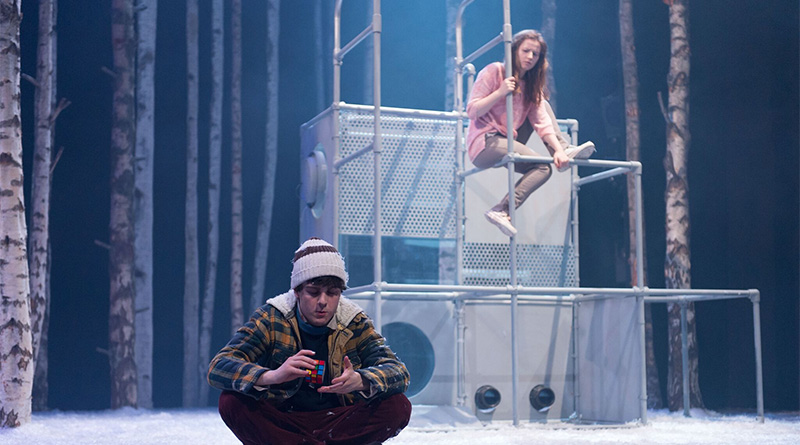 The National Theatre of Scotland in Let The Right One In.
Photos by Manuel Harlan. 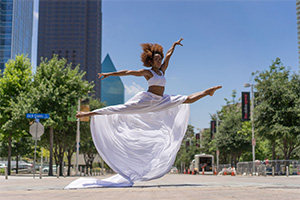 DALLAS—With a new artistic director Bridget L. Moore at the helm and a Texas Medal of Arts, now is the time to check out Dallas Black Dance Theatre’s next show, Cultural Awareness, which includes a multimedia world premiere by DBDT dancer and choreographer Sean J. Smith, in a program that highlights the company’s rich history, Feb. 17-19 at Wyly Theatre. 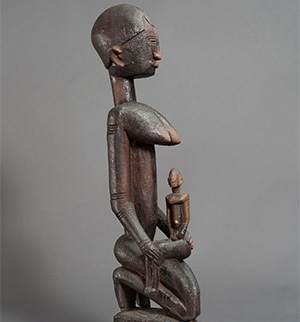 #9: RECOLLECTING DOGON  AT THE MENIL COLLECTION

HOUSTON—The complex history behind American and European interest in present-day Mali informs ReCollecting Dogon at The Menil Collection, through July 9, curated by Paul Davis, which includes sculptures, masks, necklaces and other objects made by the Dogon people. 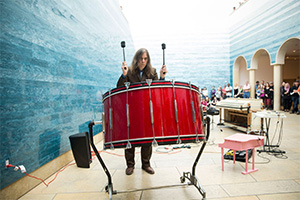 #8:   SOUNDSPACE AT THE BLANTON MUSEUM OF ART

Graham Reynolds at SoundSpace at The Blanton. Photo by Gabriel Perez. 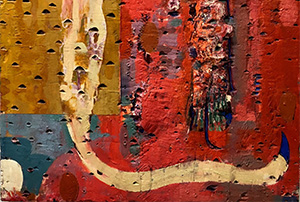 DALLAS—Roberto Munguia: Buscador/Descubridor, through April 1, chronicles the career of one of Dallas’ most influential artists. The retrospective at the Latino Cultural Center demonstrates Munguia’s diverse output over several decades, working in inks, oils, acrylics, encaustic and more. 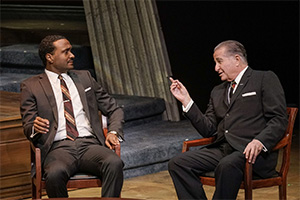 AUSTIN—ZACH Theatre presents The Great Society, the second of Robert Schenkkan’s “LBJ” plays exploring Texas’s own political mastermind. The Great Society deals with his four-year struggle to create a better, more equitable America for future generations while feeling the country dragged deeper into the Vietnam War, through March 5 at Topfer Theater.

Cecil Washington, Jr. as Martin Luther King, Jr. and Steve Vinovich as President Lyndon B. Johnson
in the ZACH Theatre production of A Great Society.
Photo by KirkTuck.com.

more about The Great Society on A+C TX 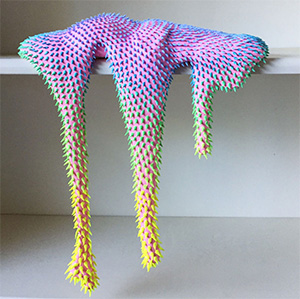 SAN ANTONIO—The Lullwood Group’s newest one-night-only, pop-up exhibition at 107 Lone Star Blvd. features the work of Dan Lam, Feb. 11. This Dallas-based artist’s otherworldly sculptures have caught the eye of celebrities and and art aficionados alike. She juxtaposes vivid color with alien, almost grotesque forms to allow her creations to exist in what she describes as the “in between.” 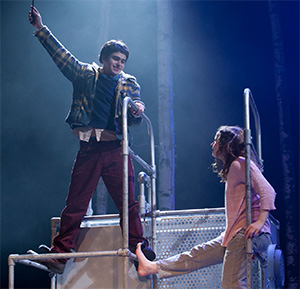 #4:  NATIONAL THEATRE OF SCOTLAND AND ALLEY ALL NEW FESTIVAL

HOUSTON—February is a busy month at the Alley Theatre with the Alley All New Festival, through Feb. 12, featuring fresh works by Kenneth Lin, Robert Askins, Rajiv Joseph, Suzanne Vega, Christina Gorman, Bekah Brunstetter, and Nsangou Njikam. After a successful run in London, New York and most recently, Austin, the National Theatre of Scotland brings Jake Horne’s vampire coming of age story, Let the Right One In  to the Alley Theatre, Feb. 17-March 19, giving local audiences the chance to bite into this genre tale of that most dangerous journey through childhood.

The National Theatre of Scotland in Let The Right One In. Photos by Manuel Harlan.

more about Let the Right One In on A+C TX 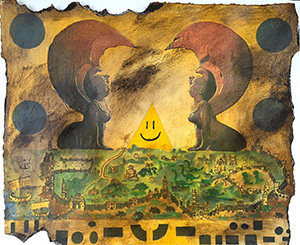 #3: JOSHUA GOODE AT THE MAC

DALLAS—An installation and archaeological performance takes over The MAC this month. Joshua Goode’s Outhouse Oracle, Feb. 18 – March 11, broaches ideas of history and mythology both personal and public through the artist’s “discovery” of an invented civilization.

more about the arts in Dallas on A+C TX 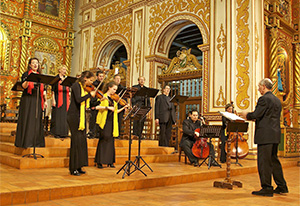 more about Orchestra of New Spain on A+C TX 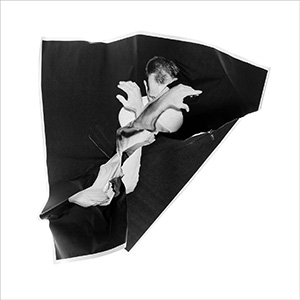