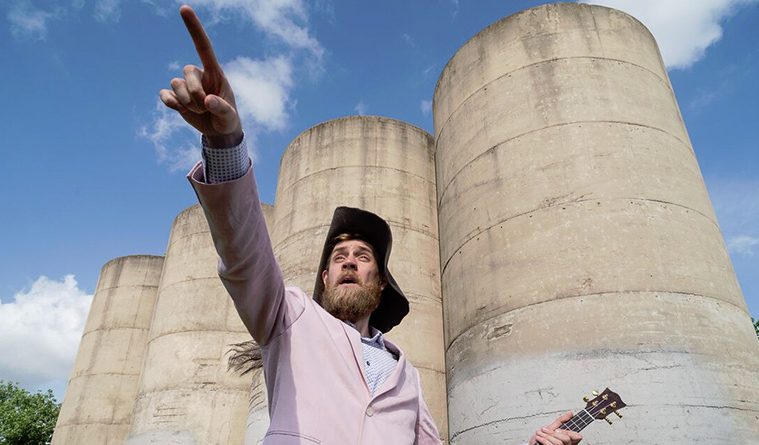 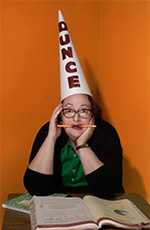 The University of Tamarie at Catastrophic Theatre

HOUSTON—In the Bayou City, we know that it’s summer when the curtain rises on Tamarie Cooper’s annual extravaganza at Catastrophic Theatre. This year, the veteran singer/dancer/actor is ready to go back to school with all of us in tow with The University of Tamarie, July 17 – Aug. 29. Expect the usual zaniness, with terrific original music and exceptional choreography.

IMAGE:  Tamarie Cooper in The University of Tamarie.  Photo by George Hixson. 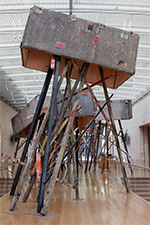 tryst  by Phyllida Barlow at the Nasher Sculpture Center

DALLAS— Even before entering the Nasher Sculpture Center, Barlow’s gargantuan  sculptural growths can be seen through the windows of the Main Hall, teasing passersby to enter. The show is full of massive sculptural moments, all drastically different and yet all linked thanks to Barlow’s highly developed visual language. You’ve got to experience this one in person. See it at the Nasher through August 30. 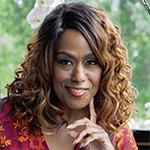 AUSTIN— ZACH Theatre heats up the summer months with Duke Ellington’s Sophisticated Ladies, staring Jennifer Holliday, and includes classics like “Mood Indigo,” “Take the A Train,” “It Don’t Mean a Thing (If It Ain’t Got That Swing),” July 15 – Aug. 23 at the Topfer Theatre. 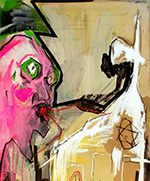 HOUSTON— Here in the Southwest, we mythologize our history, both collective and personal, like it’s nobody’s business and Texas’ art world is especially rife with mythology interpreters. Randall Mosman, Joshua Goode and bmoodyart are three such Texas-based artists who have one (at least one) thing in common; a driven, highly personal and heavily-symbolic approach to illustrating their distinct-yet- shared histories. This July, catch their work, both paintings and objects, at Houston’s G Gallery in Southern Myths. 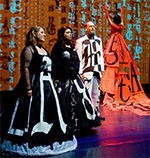 Performance as Art: Lesley Dill at the McNay

DALLAS— Creative masterminds Danielle Georgiou and Justin Locklear are up to their provocative antics again, this time with The Show About Men, a four-part movement piece concerned with the catch-22 of manhood in modern culture, July 10 – 30 at Bath House Cultural Center.

IMAGE:  The cast of The Show About Men.  Photo by Ryan Stephenson. 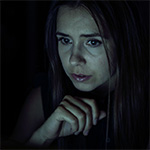 Water by the Spoonful at Playhouse SA 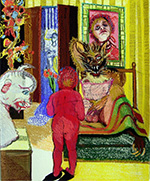 AUSTIN— Natalie Frank is a bright, energetic, and exceptionally amicable artist. Her work is the antithesis—dark, mucky, and unnerving, and the project she began about four years ago, illustrating and interpreting the tales of the Brothers Grimm, is a curiously complex undertaking and Texas audiences can see the body of work at the Blanton Museum of Art July 11-Nov. 15. It’s an immensely enthralling collection of work, equal parts grotesque and intoxicating, an appropriate interpretation of the tales of the Brothers Grimm, no?

Horse Head goes into the Belly of the Whale

HOUSTON—Leave it to Horse Head Theatre, Houston’s rogue renegades, to come up with an immersive one-man Moby Dick called The Whale; or, Moby-Dick, this one penned by Timothy N. Evers, Philip Hays, and Herman Melville, July 29 – Aug. 5 in a specially-devised dome at Buffalo Bayou Partnership Silos. 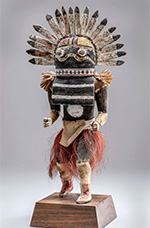 FORT WORTH—  Here in America we’re all too aware of canonical art history’s seemingly blatant disregard for the art of non-Western and ancient artists and cultures. Indigenous Beauty: Masterworks of American Indian Art from the Diker Collection is on view at the Amon Carter Museum of American Art in Fort Worth through Sept. 13 and the nearly 120 works which comprise the show (some by contemporary artists) will make you rethink your idea of “art history,” American art history, anyways.