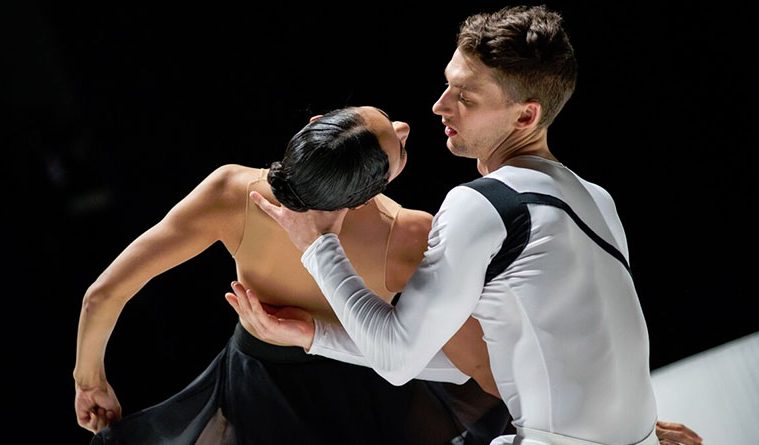 HOUSTON— Audiences can never get enough of Bizet’s Carmen, so there’s always room for another take on this steamy and classic story about a passionate gypsy. Society for the Performing Arts presents Ballet Hispancio in Gustavo Ramírez Sansano’s CARMEN.maquia, which fuses contemporary dance with splashes of Spanish paso doble and flamenco, Oct. 24 at Jones Hall.

more about Dance in Houston on A+C 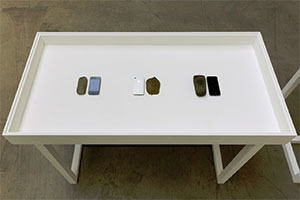 MARFA – ÄPPÄRÄT, a group exhibition at Ballroom Marfa curated by Tom Morton features 13 artists who have at least one thing in common; an interest in labor, specifically, the touch of the mammalian hand. The show’s concept is a bit heady but it is concerned first and foremost with man and his relationship with objects. On view through February.

more about Ballroom Marfa on A+C 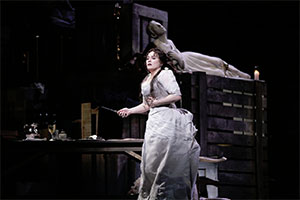 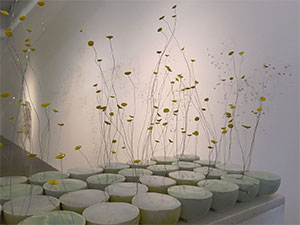 DALLAS – Until Oct. 24, Dallasites have a special opportunity to commune with recent work by ceramicist (and jack-of-all-trades) Du Chau. Part of a Continuum, a show of recent work now on view at Liliana Bloch Gallery, is an exercise in patience and a meditation on life and belonging. The works, of which there are few, are delicate and mesmerizing; their apparent fragility belying the emotional impact each piece delivers in turn. Music wires affixed with epoxy or porcelain line the gallery walls and porcelain hands and vases adorn the floor and countertops, their impact coming in large part from their sheer number and the occasional imperfection, which reminds viewers of the human touch very much at the forefront in Chau’s work. 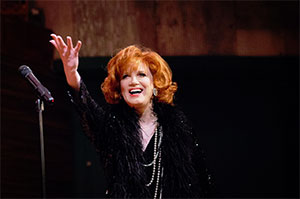 #6 – Charles Busch at AT&T’s Off Broadway on Flora

DALLAS—AT&T Performing Arts Center’s Off Broadway on Flora Series is back for a second year. Next up is the multi-award winning drag legend Charles Busch who brings an eclectic program mix of songs along with his searing wit, Oct. 29-30 at  Wyly Theatre. 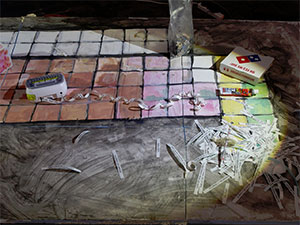 #5 – Strange Pilgrims  at the Contemporary

AUSTIN – Curated by Heather Peasanti, Strange Pilgrims, which opened at the Contemporary Sept. 27 and runs through Jan. 24, seeks to explore the melancholy and isolation inherent to Gabriel Garcia Márquez’s book of the same name. Open-mindedness, lack of resolution, strangeness, unfamiliarity, are the themes which tie together the essentially experiential artists who comprise the exhibition. Strange Pilgrims as an exhibition itself is an adventure into the unknown, as the museum branches out to include the University of Texas Visual Arts Center as an auxiliary gallery space in addition to its Jones Center and Laguna Gloria locations for the show.

more about The Contemporary Austin on A+C 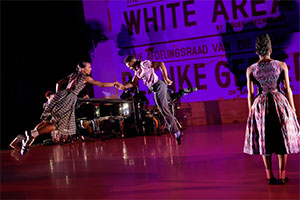 Kyle Abraham/Abraham.in.Motion in The Gettin.
Photo by Ian Douglas.

more about TITAS on A+C 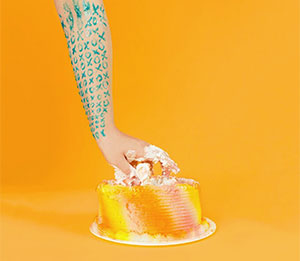 #3 – This Side of Paradise  at Fotofest

HOUSTON – Curated by PaperCity’s Catherine Anspon, Fotofest’s 12th annual Talent in Texas exhibition, titled This Side Of Paradise, includes artists from the state’s major cities – namely Houston, Austin, Dallas, and San Antonio though one artist from Midland (the notable Steve Goff) is represented. This Side Of Paradise blends together budding artists and more senior photographers to create a holistic portrait of Texas’s visual arts landscape.

Desiree Michelle Espada & Kasumi Chow, Cake, 2014. From the series truly, madly. Courtesy of the artists and The Public Trust, Dallas.

more about Fotofest on A+C 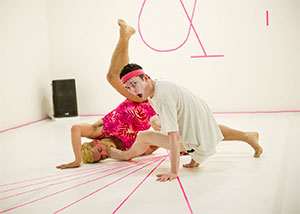 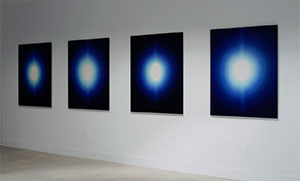 DALLAS – Erika Blumenfeld’s photography and video installations, on view through Oct. 17 at Dallas’ Zhulong Gallery, are graceful, spare, and austere. Her time-based pieces are the result of travel to Antarctica for a residency with the Interpolar Transnational Art Science Constellation, where she studied and documented light phenomena. Blumenfeld’s images are essentially of nature, in a specific place, time, and duration and are filled with commentary about ecological and environmental issues transformed into a minimalist vocabulary.

more about the Arts in Dallas on A+C