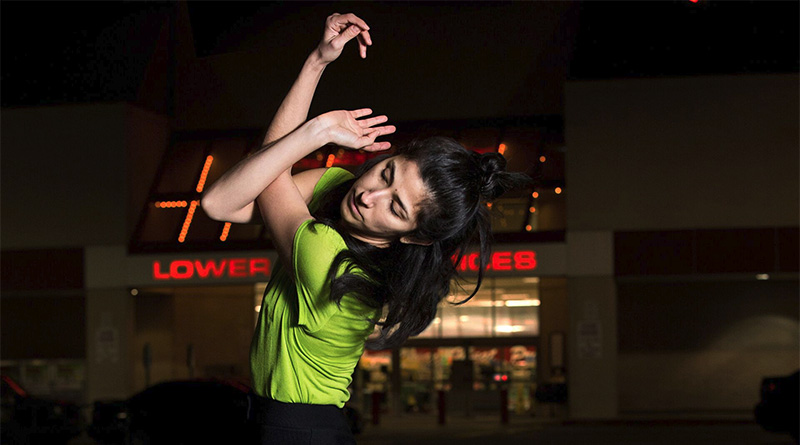 HOUSTON—CounterCurrent, presented by University of Houston Mitchell Center for the Arts and now in its fifth year, takes place April 10-15 at various sites throughout Houston. The 2018 lineup includes artists—mostly women of color—from Costa Rica, the UK, and throughout the U.S., including Houston, as local dancer and choreographer Laura Gutierrez premieres Center Aisle Blues at the Fiesta Mart. And in true Mitchell Center fashion, the festival is presented in collaboration with partners citywide. Mitchell Center director Karen Farber says, “For us, artists lead the way since we really don’t know what the festival will look like until we choose the artists for that year. As we hear what they are working on, and find themes, we begin to know where artists—and often our society as a whole—are headed.”

more about CounterCurrent on A+C TX 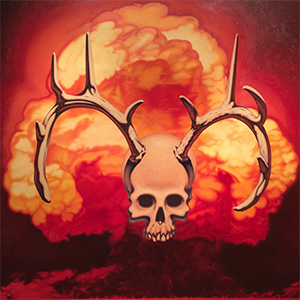 FORT WORTH—For Odd Ducks and Other Assorted Tales, his current exhibition at William Campbell Contemporary Art on view through April 18, Benito Huerta has turned the lens on himself. In his self-portraits, Huerta brings to bear not only the personal and political events that have touched his life but also many of the historical art movements that have influenced his now substantial body of work. The ideas for the oil paintings, watercolors, and lithographs come from the many sources that have influenced him during his four decades on the Texas art scene, not the least of which was growing up in the Cold War era of “duck and cover” and rock’ n’ roll. 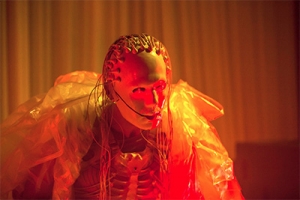 more about Fusebox on A+C TX 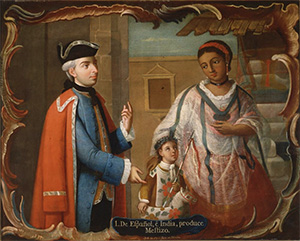 #7:   Art from Viceregal at San Antonio Museum of Art

SAN ANTONIO—San Antonio Museum of Art presents the tricentennial exhibition San Antonio 1718: Art from Viceregal Mexico organized in three sections: People and Places, The Cycle of Life, and The Church, creating a narrative of the city’s first century through more than 100 artworks including landscapes, portraits, devotional and decorative objects, and more, many of which have never been exhibited in the U.S. The show features depictions of political, economic power alongside more personal, intimate moments, and celebrates the city’s deep Hispanic roots and cultural ties with Mexico with works by Cristόbal de Villalpando (1649-1714), Miguel Cabrera (1695-1768), and José de Páez (1720-1790), and others. 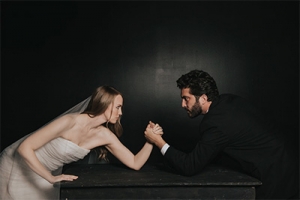 FORT WORTH—Fort Worth Opera Festival offers Brief Encounters (April 29-May 1), three 15-minute operas, including Avow by Mark Adamo, Again by Jake Heggie and Feel the Tango by Fort Worth Opera’s artistic director Joe Illick; Maria de Buenos Aires (April 27 & May 5) by Argentina’s tango king Astor Piazzolla; and Gaetano Donizetti’s comedy Don Pasquale (April 28-May 6) in a production that transplants the story to Hollywood, casting Pasquale as a matinee idol who doesn’t see that his charms have faded.

more about the FW Opera Festival on A+C TX 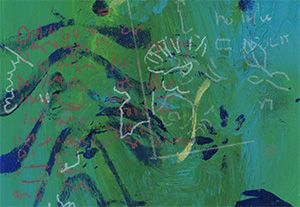 DALLAS— In her decades-long career as a painter, Gael Stack has amassed a varied and unique iconography that ranges from such diverse sources as “renaissance babies” and a Japanese “hungry ghost” called a Gaki, to scraps of language and secretarial shorthand. Her latest exhibition, at Dallas’s Holly Johnson Gallery, on view through May 5, is aptly titled Tinies. The roughly postcard-sized paintings are precious in their smallness, but they are suffused with the same easygoing elegance as their vaster cousins, mere moves in a sweeping repertoire: A Stackian visual language that continues to expand over time. 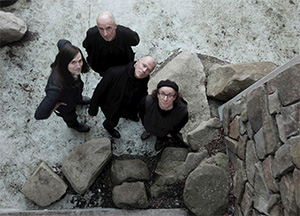 Wire.
Photo courtesy of the artists. 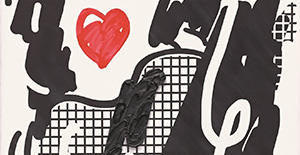 DALLAS— Laura Owens is a prolific artist, manoeuvring seamlessly between abstraction and figuration, and between different painting styles. Her mid-career survey Laura Owens, is on view at the Dallas Museum of Art through July 29, after a run at the Whitney Museum. The DMA presentation highlights themes that are consistent throughout the artist’s career, most importantly her treatment of painting alongside installation, and the collaborative nature of her work. 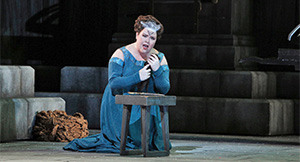 HOUSTON —With a cast that includes Liudmyla Monastyrska as Norma and HGO Studio alum and now superstar Jamie Barton as Adalgisa, Houston Grand Opera’s production of Bellini’s Norma is one opera not to miss, April 27-May 11 at George R. Brown’s Resilience Theater. Former HGO Studio members Chad Shelton and Peixin Chen, along with current studio members Yelena Dyachek and Yongzhao Yu, also grace the production, which is directed by Kevin Newbury and conducted by Patrick Summers. Norma will be HGO’s penultimate opera in their aptly named Resilience Theater.  Barton adds, “I’m so proud of HGO and honestly, as a former Houston Grand Opera Studio member this is very much my home opera house. This season is one that will go down in the history books.” 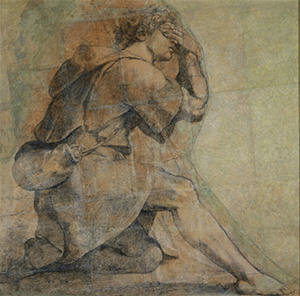 #1:  Michelangelo at the MFAH

HOUSTON—The artistic process rarely garners as much attention and appreciation as the finished masterpiece, but shaded charcoal figures, sculpted wax half-forms and rough wooden models–the staggered steps along the way to final creation–have their own magnificent beauty. This idea becomes especially true when an artist like Michelangelo holds the charcoal and strips the wood. The Museum of Fine Arts, Houston’s new exhibition Michelangelo and the Vatican: Masterworks from the Museo e Real Bosco di Capodimonte, Naples, which runs through June 10, pulls in art lovers with its blockbuster names: Michelangelo, Raphael, Titian, and Tintoretto.