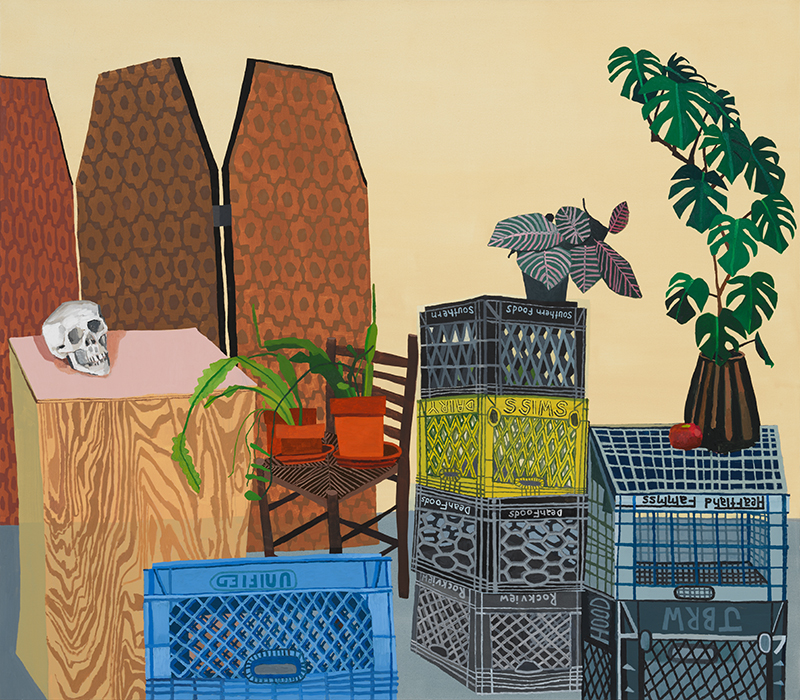 1) Jonas Wood at the Dallas Museum of Art

DALLAS Dallas Museum of Art  presents Jonas Wood’s first major solo museum exhibition March 24 – July 14.  Wood makes paintings of plants, ceramic vessels, basketballs, complicated interior spaces and patterns, his family members and friends—things that carry personal familiarity and significance. The thing he chooses to paint becomes “charged,” Wood says. “It’s charged in that way – in that it’s close to me. Intimacy is the picture plane, the history of painting, the viewer who is seeing something they’ve never seen before.”

AUSTIN—Ballet Austin presents the world premiere of Stephen Mills’s Grimm Tales, commissioned by the Butler New Choreography Endowment, and inspired by the visual art of Natalie Frank, with an original score by Graham Reynolds, March 29-31 at the Long Center.

ALBANY—Painter Matthew Bourbon presents Waiting For Now at the Old Jail Art Center. Bourbon inserts abstract and painterly passages into images that are otherwise mundane, rendering the recognizable phenomenal. On view through May 18.

5) Kambui Olujimi at the Blanton

AUSTIN—The Blanton Museum of Art  presents Kambui Olujimi:Zulu Time. The Brooklyn artist employs a vast range of media to explore the invisible yet pervasive systems of power that order our lives. On view through July 14.

SAN ANTONIO—Ruby City’s Looking For Langston is an exhibition of works by Isaac Julien organized around his film of the same name. This “meditation on the life of poet, novelist and playwright Langston Hughes” is a seminal work of the history of cinema, delving into issues of black and queer identity. On view through Aug. 11.

HOUSTON—The MFAH presents the haunting and evocative work of photographer Sally Mann. Using traditional darkroom processes and antique cameras, Mann’s alchemy lies in her ability to capture images that are both gripping and timeless. In Sally Mann: A Thousand Crossings, the artist contends with “her native Virginia, with its rich literary tradition and its troubled history.” On view March 3 through May 27.

HOUSTON—Houston Ballet joins the world-wide celebration of the life and work of choreographer and director Jerome Robbins with a program of three works by the great American choreographer that demonstrates his remarkable range, including Fancy Free, The Cage and The Concert, March 7-10, and presents Premieres with works by Justin Peck, Aszure Barton and Jiří Kylián, March 21-24. Both at Wortham Center.